With renovations in the works, the child care facility could be open by the fall 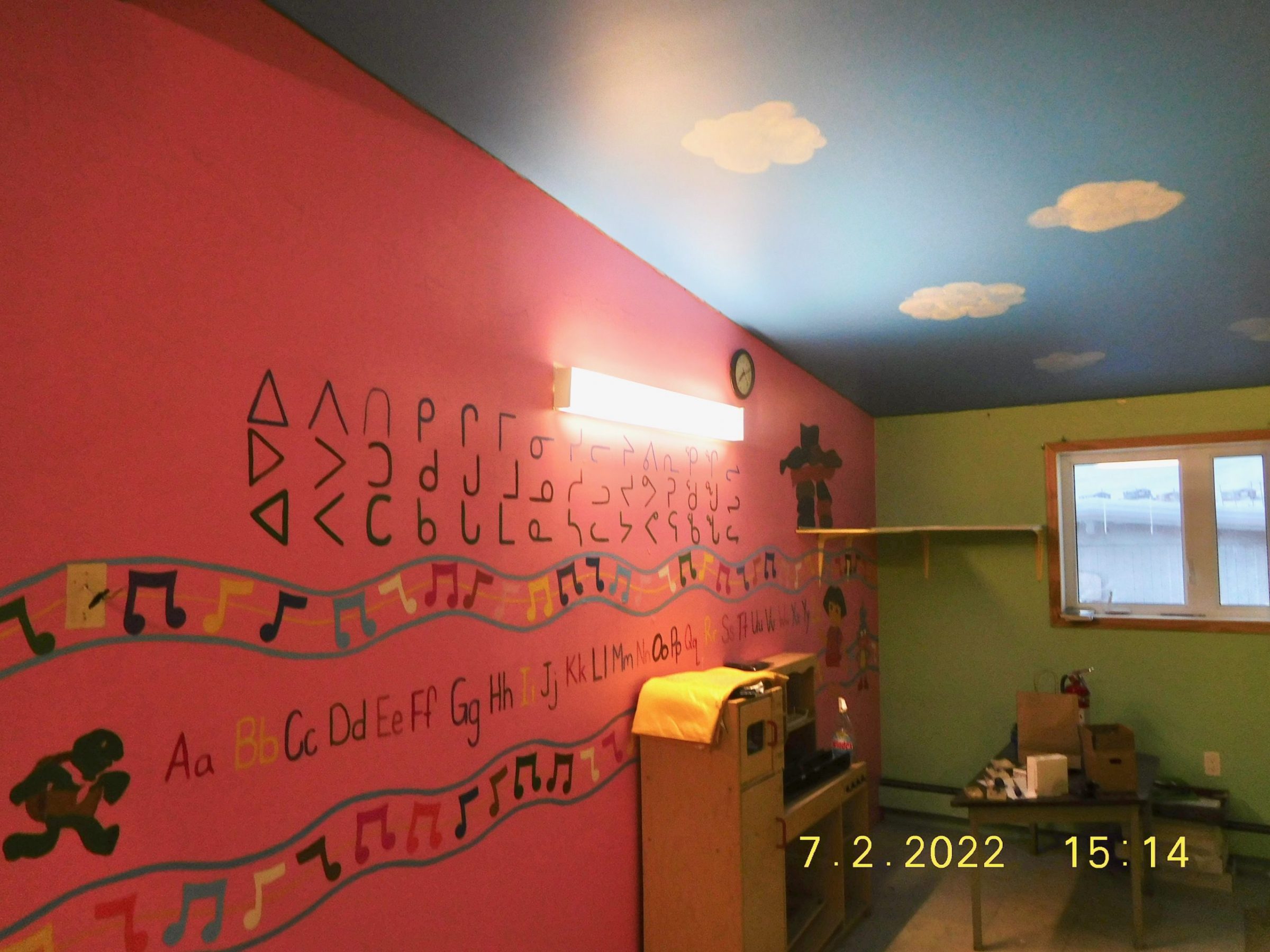 Renovations, including new electrical wires and lighting, as seen here, are being done at Arctic Bay’s daycare in order to reopen the facility, which has been closed for years. (Photo courtesy of Julian Oyukuluk)

After years without a daycare in town, Arctic Bay parents could have a place for their kids to go by the fall.

Renovations are underway to restore the old daycare, which is near the building that houses the heritage centre and radio station, Julian Oyukuluk, the hamlet’s economic development officer, said in an interview.

Oyukuluk and a group of community members are leading the project.

“Everyone is excited, they’ve been anxious to get a daycare for quite a while,” Oyukuluk said.

Without a daycare available, parents need to find babysitters if they want to work, and when they can’t, they either have to bring their kids to work with them or not go to work at all, Oyukuluk said.

Since many residents work for Baffinland’s Mary River mine, this often means their significant others can’t work at all because it’s hard to find a babysitter for weeks at a time when the mine employees are on-shift, she said.

She knows this from experience, as her partner used to work at the mine.

“I didn’t know we needed daycare that much until I started working,” she said.

“Even if I wasn’t working it was hard.”

To help with this, Baffinland has donated $50,000 to getting the daycare started up in Arctic Bay, Oyukuluk said.

The rest of the funds will come from a project that won $1 million from the Arctic Inspiration Prize win in 2018.

That project, Pirurvik — A Place to Grow, aims to get more programming for infants and toddlers across the territory. It’s led by Tessa Lochead, who runs the preschool in Pond Inlet and helped Oyukuluk get the plans in motion for Arctic Bay.

The daycare reopening in Arctic Bay has been in the works for about two years, but COVID-19 and lockdowns have delayed some of the work.

When it does open, Oyukuluk said she expects the daycare will be able to accommodate about 18 kids up to five years old, but those details aren’t confirmed yet.

In terms of renovations — many being done by former mayor Frank May — electricity has been restored and some plumbing has been done in the building so far, and other upgrades like putting up new drywall will follow.

New furniture will also be ordered up in the summertime, she explained.

Troy Rhoades, a spokesperson for the Department of Education, which licenses all the daycares in Nunavut, said once the renovations are done, an early childhood officer will decide how many child care spots and which age groups the building can accommodate.

That officer will also tell the hamlet how many staff members need to be hired for the facility to meet the department’s child-to-educator ratio, he said in an email.

After the facility is licensed, it can benefit from all programs run by the department, Rhoades said.