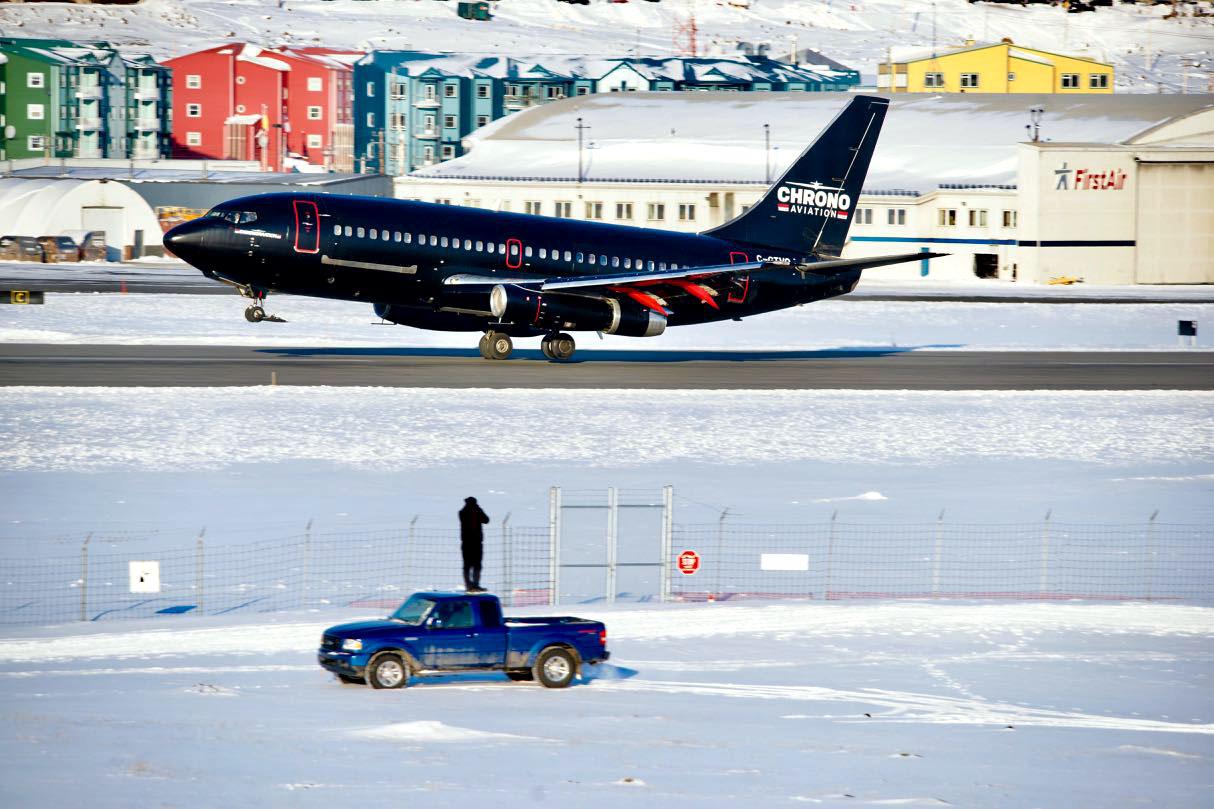 A Chrono Aviation 737-200 lands at the Iqaluit airport earlier this week. Chrono and Arctic Co-operatives Ltd. have teamed up to win a multi-year contract transporting passengers and cargo to the Mary River iron mine. (Photo by Frank Reardon)

Saying the deal will deliver benefits to co-op members throughout Nunavut, Arctic Co-operatives Ltd., in a partnership with Chrono Aviation of Quebec, has signed a multi-year contract with Baffinland Iron Mines Corp. to deliver passengers and cargo to the Mary River mine on north Baffin.

Baffinland and ACL signed the deal in Iqaluit on the afternoon of April 2 at the Qajuqturvik food centre, also known as the soup kitchen.

“Local co-operatives work together in a business model where everybody shares in one another’s success. By choosing the co-op system, Baffinland is ensuring that ordinary people in communities share in the benefits of the Mary River project,” said Duane Wilson, ACL’s vice-president of stakeholder relations.

Founded in 2012, Chrono Aviation is an air charter company based in Montreal and Rimouski, Que. Chrono possesses a fleet of 13 aircraft and employs more than 100 people.

Last August, Chrono acquired its first Boeing 737-200 jet, which they’ll use to help service the Mary River contract, and they’re planning to get a second.

The 737-200 model, which comes with a gravel kit to protect its engines, is the only Boeing aircraft capable of landing and taking off on unpaved runways.

“It will serve as a strategic asset for Chrono, allowing it to offer jumbo-jet transport to mining or construction companies that frequently travel to remote areas,” the company said last year.

“The proud team of men and women at Chrono are very excited to work with such an iconic northern organization as Arctic Co-op and to provide a safe and reliable service while providing an improved in-flight experience for Baffinland employees,” said Vincent Gagnon, the president of Chrono.

At the announcement today, ACL and Baffinland also announced a donation to Qajuqturvik.