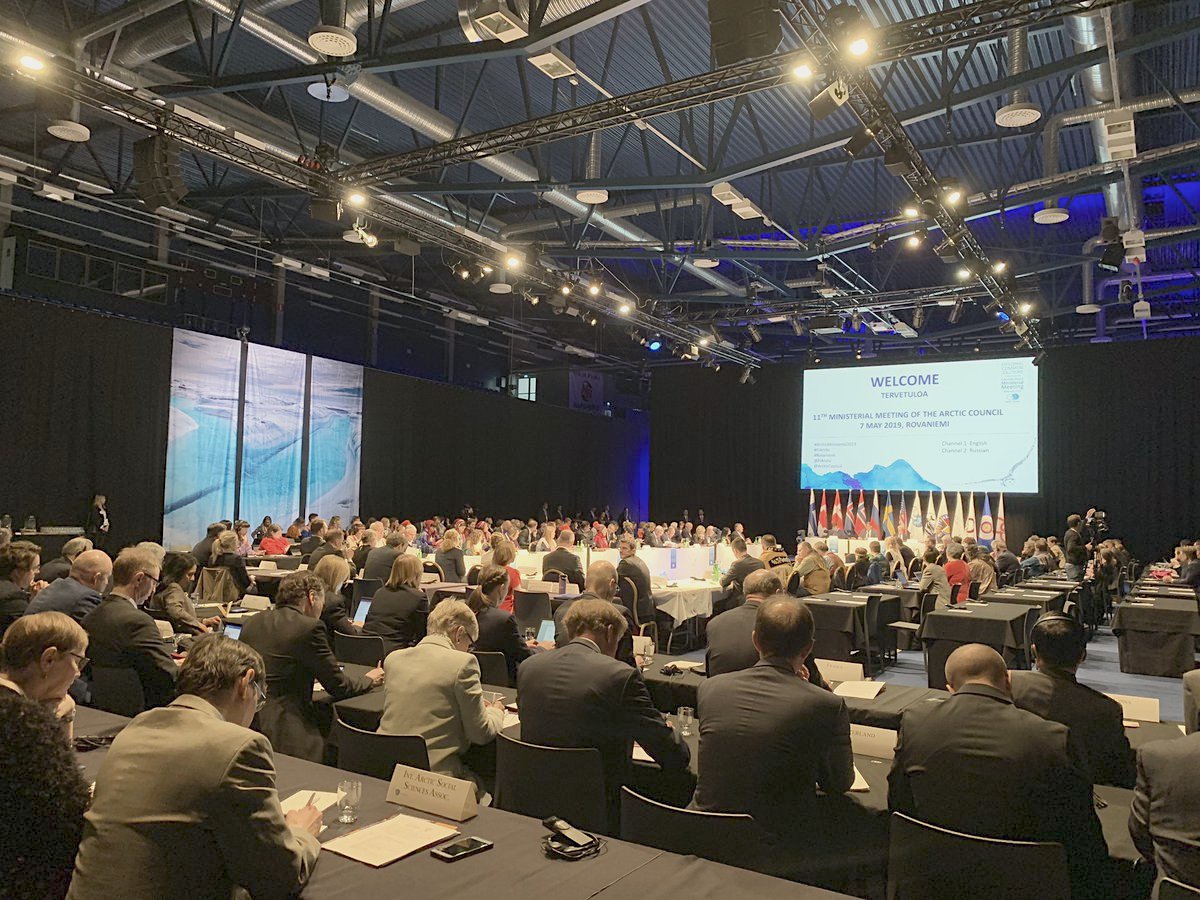 At the Arctic Council’s ministerial on May 7, in Rovaniemi, Finland, foreign ministers from the eight circumpolar nations agreed to grant observer status to the International Marine Organization. (Photo courtesy of the Arctic Council)

At its May 7 ministerial meeting in Rovaniemi, Finland, the Arctic Council acquired a new observer: the International Maritime Organization.

The new status for the United Nations agency with responsibility for the safety and security of shipping and the prevention of marine pollution will allow the IMO to build on its earlier cooperation with the Arctic Council, the IMO said in a release.

The IMO also said it will now be able to engage in close collaboration on a range of issues related to shipping in the Arctic—in particular, search and rescue, pollution response, maritime safety and protection of the marine environment.

The IMO has already adopted the Polar Code, which provides mandatory requirements for ships operating in the Arctic and Antarctic regions.

The Polar Code adds more protection on top of existing mandatory rules for such things as ship design, construction and environmental protection matters.

The Clean Arctic Alliance said it hopes the IMO’s presence at the Arctic Council will encourage the council’s new chair, Iceland, to focus on protecting the Arctic marine environment.

The IMO could encourage the council’s member Arctic nations to reach a coordinated position on a ban on the use and carriage of heavy fuel oil by ships operating in Arctic waters, the alliance suggests.

The Clean Arctic Alliance is a group of not-for-profit organizations committed to a ban on the use of HFO as marine fuel in the Arctic.

That ban would also cut black carbon emissions from ships by about one-third and remove the risk of an HFO oil spill.

The IMO has already developed measures to reduce the risks of use and carriage of HFO as fuel by ships in Arctic waters.

Its 2016 “Guide on Oil Spill Response in Ice and Snow Conditions” was developed in coordination with the Arctic Council’s Emergency Prevention, Preparedness and Response Working Group.

The IMO joins four other United Nations bodies with observer status at the Arctic Council.

Observers are invited to meetings of the Arctic Council and may also submit written statements at ministerial meetings.