Study estimates killer whales consume as many as 1,500 narwhals per year 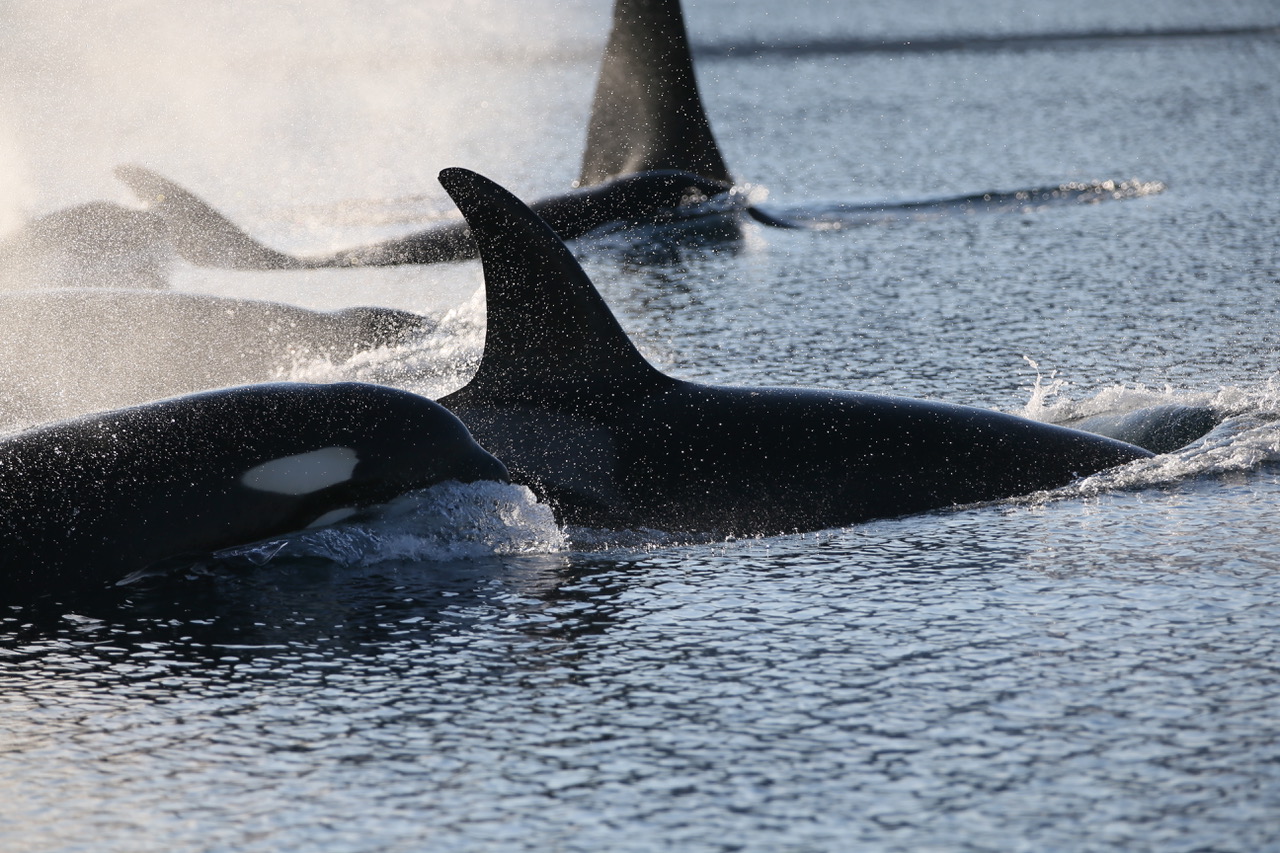 A recently published research study estimates that there are between 136 and 190 killer whales resident in eastern Arctic waters in the summer, and that these visitors are able to consume between 1,076 and 1,504 narwhals per year. (Photo courtesy of Kyle Lefort)

Watch out narwhals: the occurrence of hungry killer whales, known as arluut in Inuktitut, in the Canadian Arctic is on the rise, and it is likely that their use of the region will only increase as the ice cover decreases.

The current number of killer whales in the region, under 200 animals, could already be eating as many as 1,504 narwhals during their yearly forays into north Baffin, says a new research paper, called “Killer whale abundance and predicted narwhal consumption in the Canadian Arctic.”

That’s a greater number of narwhals than Nunavut hunters can take in a year under the narwhal management system.

Mark and recapture information was used to estimate the whales’ population.  Sixty-three killer whales were photographed between 2009 and 2018, which helped lead author and researcher Kyle Lefort, a marine biologist with the University of Manitoba, in his analysis of killer whales’ taste for narwhal in a paper published in Global Change Biology.

This information suggested a population of between 136 and 190 whales, Lefort determined.

That number of killer whales could consume from 1,076 to 1,504 narwhals while in Arctic waters, he calculated, drawing on earlier studies and Inuit knowledge about killer whale predation on narwhals.

“The duration of killer whales’ residency in Canadian Arctic waters, for example, with data collected via Inuit knowledge studies, was used to estimate the population’s seasonal energetic requirements.”

In the late spring, about 95,000 narwhals migrate to summering areas off Baffin Island’s northern coast, returning to offshore overwintering areas in Baffin Bay in the late fall.

“Consequently, killer whales may extend their distribution farther into the Canadian Arctic Archipelago, and remain in Arctic waters for longer, as documented in the North Pacific Arctic,” Lefort said in his research paper.

Arctic sea ice is at its third lowest extent ever recorded as of June 1, and “diminishing sea-ice cover could contribute to increases in the number of killer whales visiting Canadian Arctic waters,” Lefort told Nunatsiaq News.

The killer whales could move into previously inaccessible areas, he said, and an earlier breakup and later freeze-up could also contribute to a longer stay in these Arctic waters.

In 2005, a killer whale attack on narwhals at Kakiak Point in Admiralty Inlet saw a dozen killer whales kill several narwhals over a six-hour period.

And narwhal population declines or shifts in their distribution could have impacts on food security, Lefort noted.

For now, the effects of increased numbers of predators in this marine ecosystem remain “largely unknown,” he said.

Many unanswered questions concerning Canadian Arctic killer whales remain, he said, adding “our team hopes to continue our research to address these unknowns.”