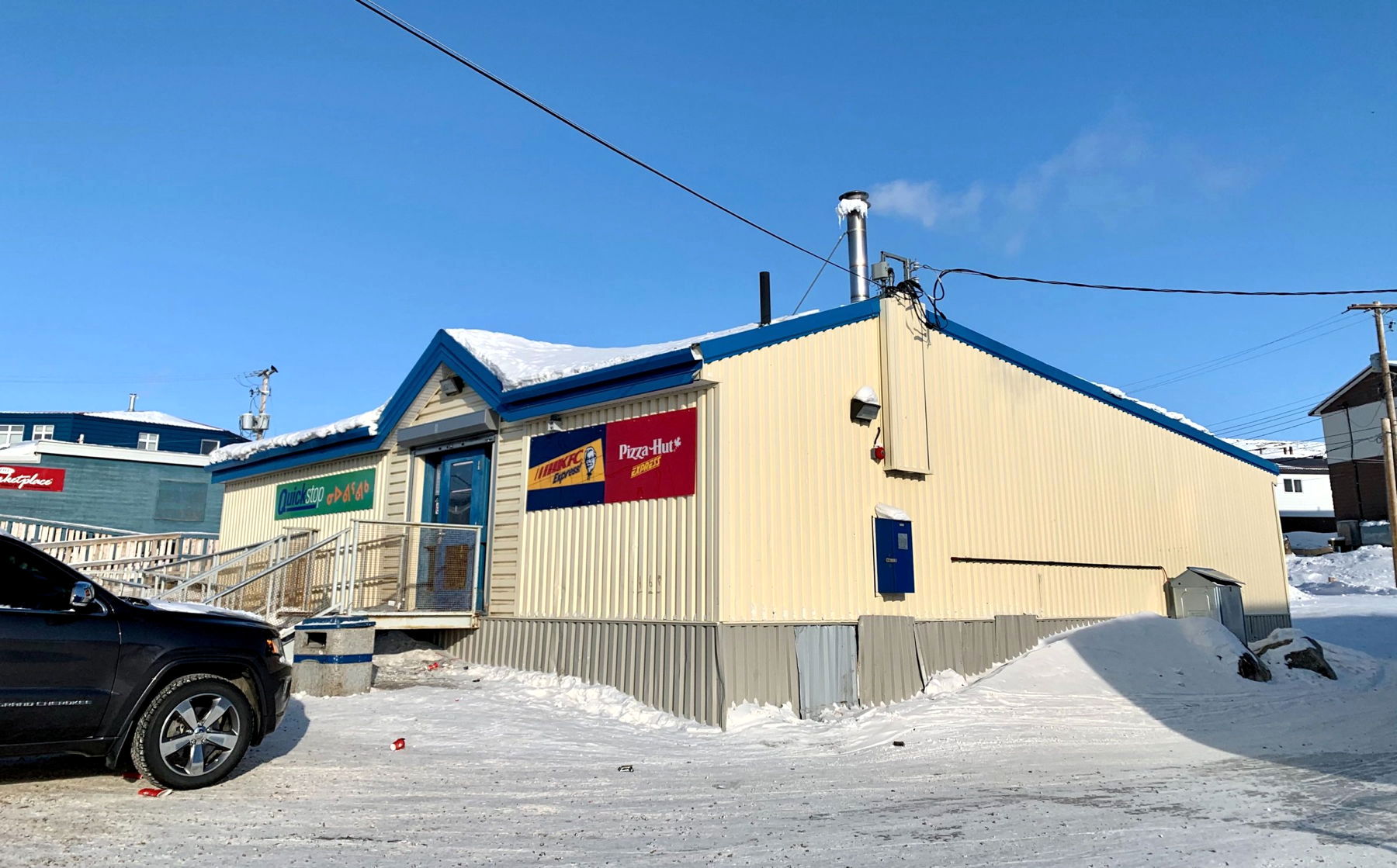 A 24-year-old man will serve two years in prison for the armed robbery of Iqaluit’s KFC Quickstop earlier this year, according to a sentencing imposed by a judge Dec. 17.

Brandishing a knife and covering his face with a blue bandana, Michael Cooper-Flaherty walked into the convenience store on Feb. 20 and forced two workers to give him about $2,000 in cash.

Following his October trial in the Nunavut Court of Justice, Justice Paul Bychok convicted the young man on two counts: armed robbery and wearing a face covering while committing an indictable offence.

In court, Manocchio said she didn’t want to upset the young man by talking about his traumatic childhood in front of him.

Instead, she asked Bychok to read passages from an earlier court transcript that described Cooper-Flaherty’s hellish background, which the judge quoted.

The young man’s mother was a “severe alcoholic,” the document said, and as a child he watched her being beaten by a variety of partners.

“His mother was rarely home so he and his brother often were on their own. There were drunk people fighting all the time at his home,” the transcript stated.

Cooper-Flaherty grew up bouncing between foster homes and each of his divorced parents until the age of 10, then lived with his father until age 15, when he ran away.

He started smoking marijuana at age 13, and at age 15, started drinking alcohol and using cocaine, ecstasy, and speed, Bychok said.

And he continues to struggle with mental health problems, the judge added.

This isn’t the first time Bychok has seen Cooper-Flaherty in his courtroom.

In 2017, Bychok sentenced the young man, who was 20 at the time, to five years in jail for coercing a group of teenagers into committing five separate robberies, two of which involved a .22-calibre rifle. At the time, he noted that Cooper-Flaherty is well-spoken and highly intelligent.

Of that five-year sentence, he spent a about a year and a half in jail because the judge credited him with more than three years for time he spent in custody awaiting his sentencing on those charges.

In sentencing Cooper-Flaherty for the Quickstop robbery, Bychok noted, he is still a young person with most of his life ahead of him, and that he’ll eventually have to return to the community.

Any sentence should attempt to provide the young man with the tools he needs to help him rehabilitate, he said, so he included a period of probation after his release from jail.

Although Crown lawyer Emma Baasch had asked for between three and five years, Bychok crafted a sentence that’s closer to what the defence lawyer wanted.

For the armed robbery, Bychok imposed a sentence of just over three years.

But after applying credit for time served awaiting trial, Cooper-Flaherty was left with exactly two years to serve.

That’s one day more than what’s needed to justify custody in a federal penitentiary. The maximum territorial jail sentence is two years less a day.

It also allows for a two-year period of probation following Cooper-Flaherty’s release.

For the probation period, Bychok ordered that Cooper-Flaherty stay away from the Quickstop or any other convenience store, and that he take any mental health and substance abuse counselling that may be directed by his probation officer, along with seven other conditions.

Bychok’s written judgment is dated Dec. 17, but was released Dec. 23.