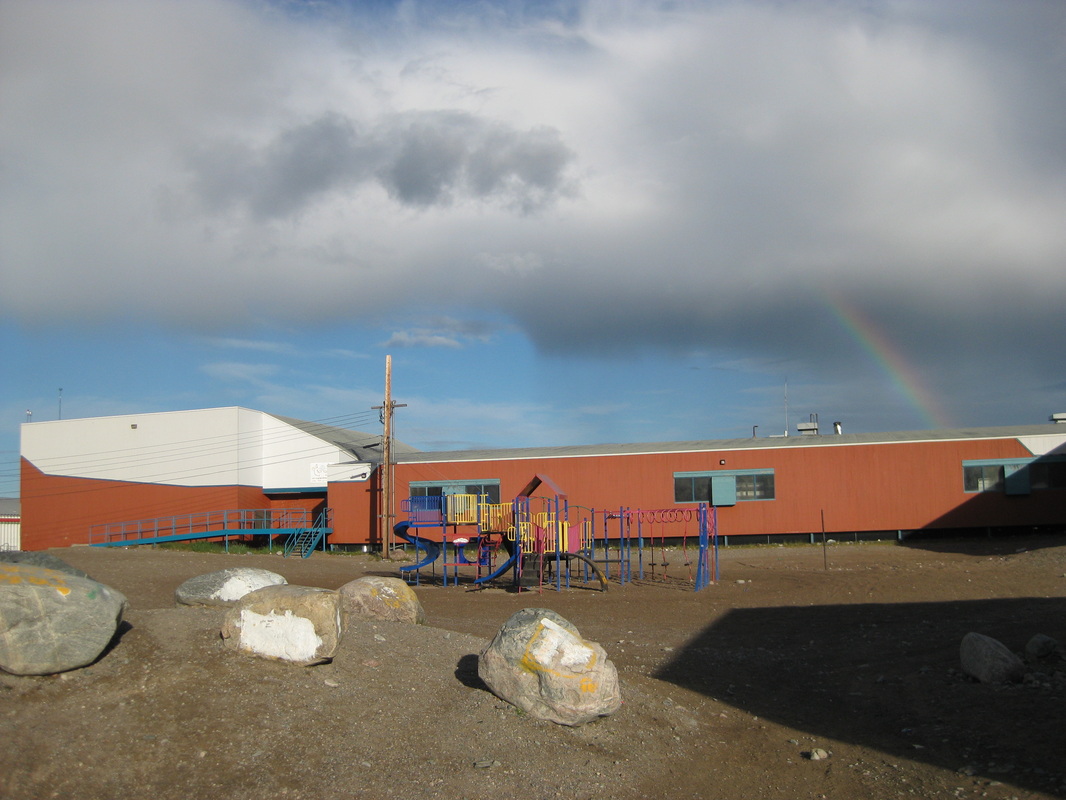 For their return to school on Monday and Tuesday, students at the Levi Angmak elementary school will be divided into two groups, orange and green. The groups will attend classes on alternate days. (Photo courtesy of Levi Angmak Illinniarvialaaq/Facebook

After four months without school, students in Arviat are heading back to class this week.

Levi Angmak elementary school has been closed since Nov. 10, its principal Tony Phinney said Friday on the Arviaqpaluk community radio.

For the moment, teachers will be assessing where students are academically, and creating instruction plans based on that.

Most — but not all — students received learning packs over the past months for keeping up on their studies from home. Now that they’re back in school, they will concentrate on their basic language arts and mathematics skills, Phinney said.

In order to prevent the spread of COVID-19, students at the elementary school and John Arnalukjuak high school will attend on alternate days.

Elementary students, for example, have been divided into two groups – orange and green.

The plan, at least for the next two weeks, is for students to attend school depending on what colour group they are in, Phinney said.

When they come to school, wearing masks will not be mandatory, but students who are in isolation should not attend school, he said.

The territorial government says a community’s schools can move from Stage 4, when schools are closed, to Stage 3, during which 50 per cent of the students can attend at any one time, when it is “in recovery from one or more cases of COVID-19 and there is no evidence of further community transmission of the virus.”

This stage will occur approximately 10 to 28 days after the last identified case of COVID-19 moves into recovery, the according to the government’s school reopening plan, although the chief public officer has final say.

Arviat’s most recent two active cases were announced Saturday — the first to be reported in Arviat since March 7.

Speaking last week also on Arviat’s community radio, Nunavut’s chief public health officer, Dr. Michael Patterson, told a caller that whether or not Arviat moves back into another lockdown “depends on what happens over the next few weeks.”

Since last November, 330 cases have been declared in Arviat, which has a population of about 3,000.