As $10 a day daycare rolls out in Nunavut, 3 communities remain left out 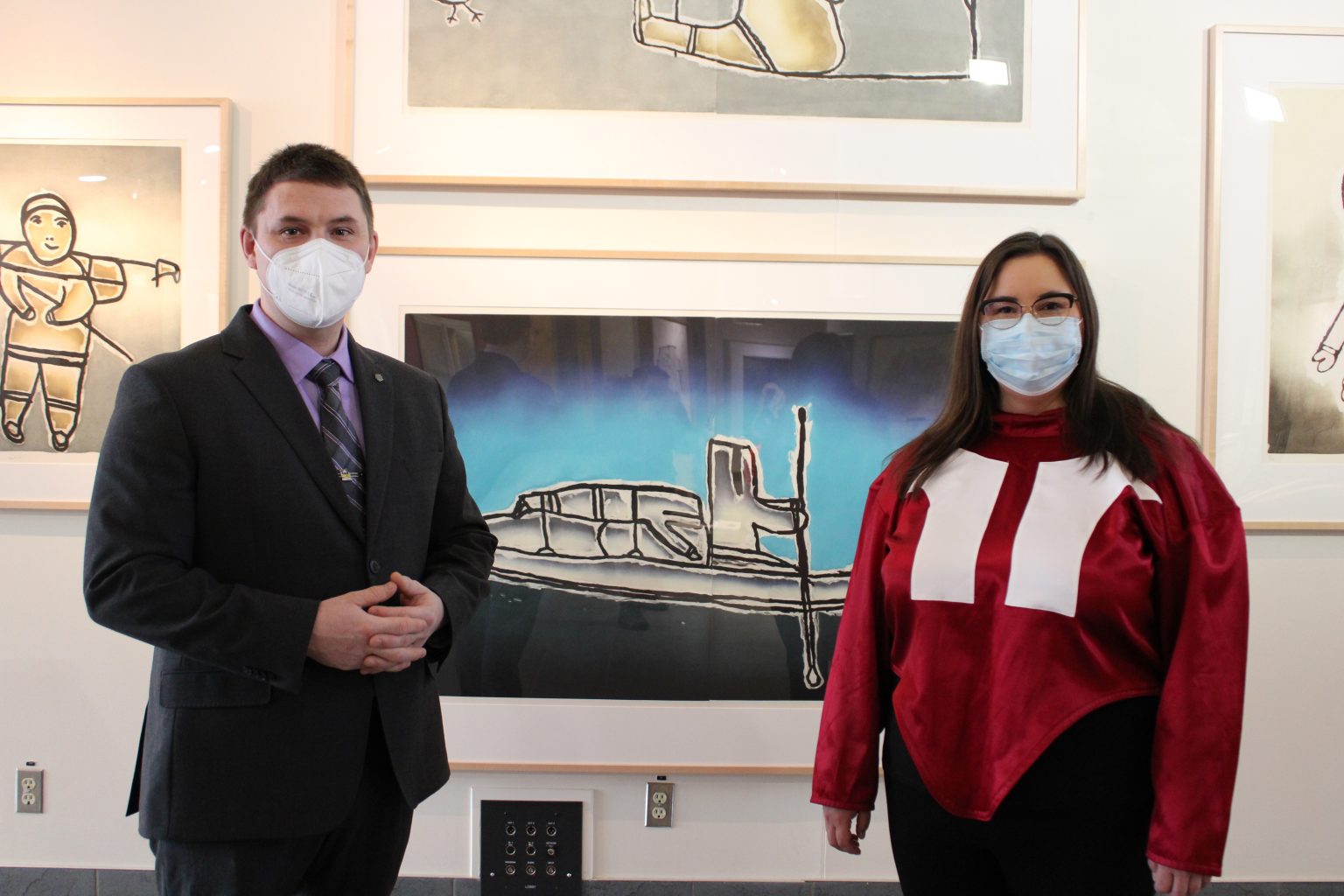 Nunavut Premier P.J. Akeeagok and Education Minister Pamela Gross stand inside the lobby of the legislative assembly on Jan. 22, shortly after announcing the territory’s child care deal with the federal government. Gross said the new policy will bolster the local economy and support young families. (Photo by David Venn)

As of today $10 a day daycare rolls out across Nunavut but families in Sanirajak, Resolute Bay and Grise Fiord won’t reap the benefits — at least not yet.

The territory is the first jurisdiction to implement the federal policy, which was announced by the Prime Minister Justin Trudeau’s government in April 2021.

There are a total of 1,082 licensed daycare spots in Nunavut to serve approximately 4,385 children aged 0 to 4 in the territory, according to the 2021 census. The territorial government wants to offer daycare at the reduced rate to 59 per cent of people in the territory by 2026.

Sanirajak is years away from getting a licensed daycare, according to senior administrative officer Louis Primeau.

“Nunavut getting $10 a day daycare doesn’t really pertain to the community until we get a daycare here, which is going to be some time off,” he said, adding that the hamlet is working on a daycare proposal with the government but it continues to be a work in progress.

In Resolute Bay, the hamlet is doing research to see what the demand is for the service, according to acting chief administrative officer Ian Dudla.

The hamlet put up a request on Facebook on Nov. 24 asking residents who are interested in having a licensed daycare to write a letter of support, stating how much they are willing to pay for child care and how many of their children would use it.

“A daycare in the community could potentially increase employment in Resolute Bay and/or offer training opportunities for stay-at-home parents to further improve the chances of their employability in the ever-changing labour market,” Dudla said in an email.

Resolute Bay’s economic development officer Jeffrey Amarualik added the hamlet has been working to establish a committee that would look into child care for the past 18 months.

He said the municipality received funding to upgrade its hamlet building and open a daycare within it from the Government of Nunavut over the summer and will be looking into hiring a director and staff for the daycare next.

Dibblee said a daycare in the community with a population that just tops 100 will help “people that would love to work but because of child-care needs, are unable to.”

“We are a growing hamlet with small children, so it’s a necessary step and council has been really supportive of this,” he said.

With the launch of $10 a day daycare, centres in other communities are seeing greater demand for their services.

For example, the Iglulik High School Daycare is now running at full capacity. Just two weeks ago, the hamlet’s District Education Authority office manager Anjam Palikkandi Nazar told Nunatsiaq News that only six out of the daycare’s 24 spots were filled.

Both the federal and territorial governments acknowledged a potential increase in demand for daycare services when Nunavut signed onto the $10 a day childcare in January 2022.

As part of the five-year, $66-million partnership, federal Children, Families and Social Development Minister Karina Gould said last month that close to $16 million will go towards increasing wages for early childhood educators, and to help grow and retain staff.