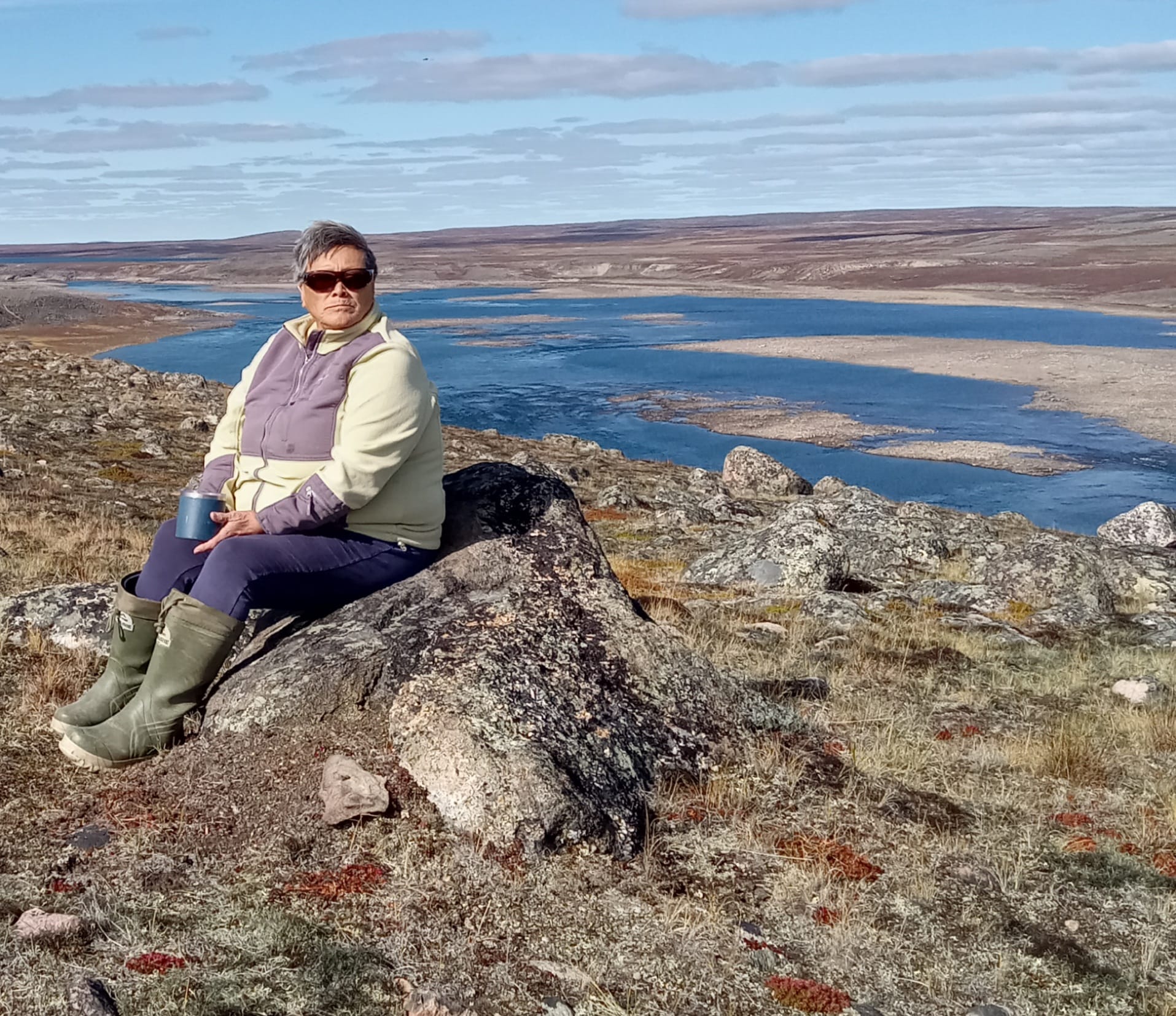 Joan Scottie has written a new book on colonialism, uranium mining and Inuit resistance in her community of Baker Lake. (Photo courtesy of Joan Scottie)

Combining Scottie’s life experience with research by Warren Bernauer and Jack Hicks, I Will Live for Both of Us shares her perspective as a hunter, elder, grandmother, and community organizer on a decades-long resistance to uranium mining in the area around Baker Lake.

It was published in November by the University of Manitoba Press.

Baker Lake’s portion of the Kivalliq is home to rich uranium resources that have attracted exploration and mining companies to the area since the 1970s. And Scottie has been there the whole time, fighting development on the front lines.

“When I first decided that I was going to oppose the proposed uranium mine near my community, I had many local Inuit supporters who wanted to protect their land and environment, our important fishing and hunting areas,” she told Nunatsiaq News in an email.

“I felt it was my responsibility that their traditional knowledge and wishes be kept, respected and remain intact.”

Scottie said hunters in her area have been negatively impacted by exploration for the past four decades. For example, she said, diamond exploration, drilling, low-flying helicopters and other aircraft disturb caribou migrations.

In order to be successful in fending off exploration and mining in the area, Scottie said she needed to recruit experts who could describe the risks of uranium mining in an unbiased way.

I Will Live for Both of Us co-authors Bernauer and Hicks were just those people.

“My friends and long-time colleagues Jack and Warren were there at the right time,” she said of Bernauer, a geographer, and Hicks, a social scientist.

Scottie said the purpose of the book is to call on the territorial government, Inuit organizations and regulatory boards to “start working for the people they represent.”

“The Nunavut Land Use Plan is not ready. It’s incomplete,” she said. “Sensitive areas, environment, and wildlife habitats all have to be adequately protected for future generations.”

“The ores will not go anywhere. What’s the rush?”