“I was prepared to die. It was very scary, people screaming, crying, praying, food, papers, people flying in the plane” 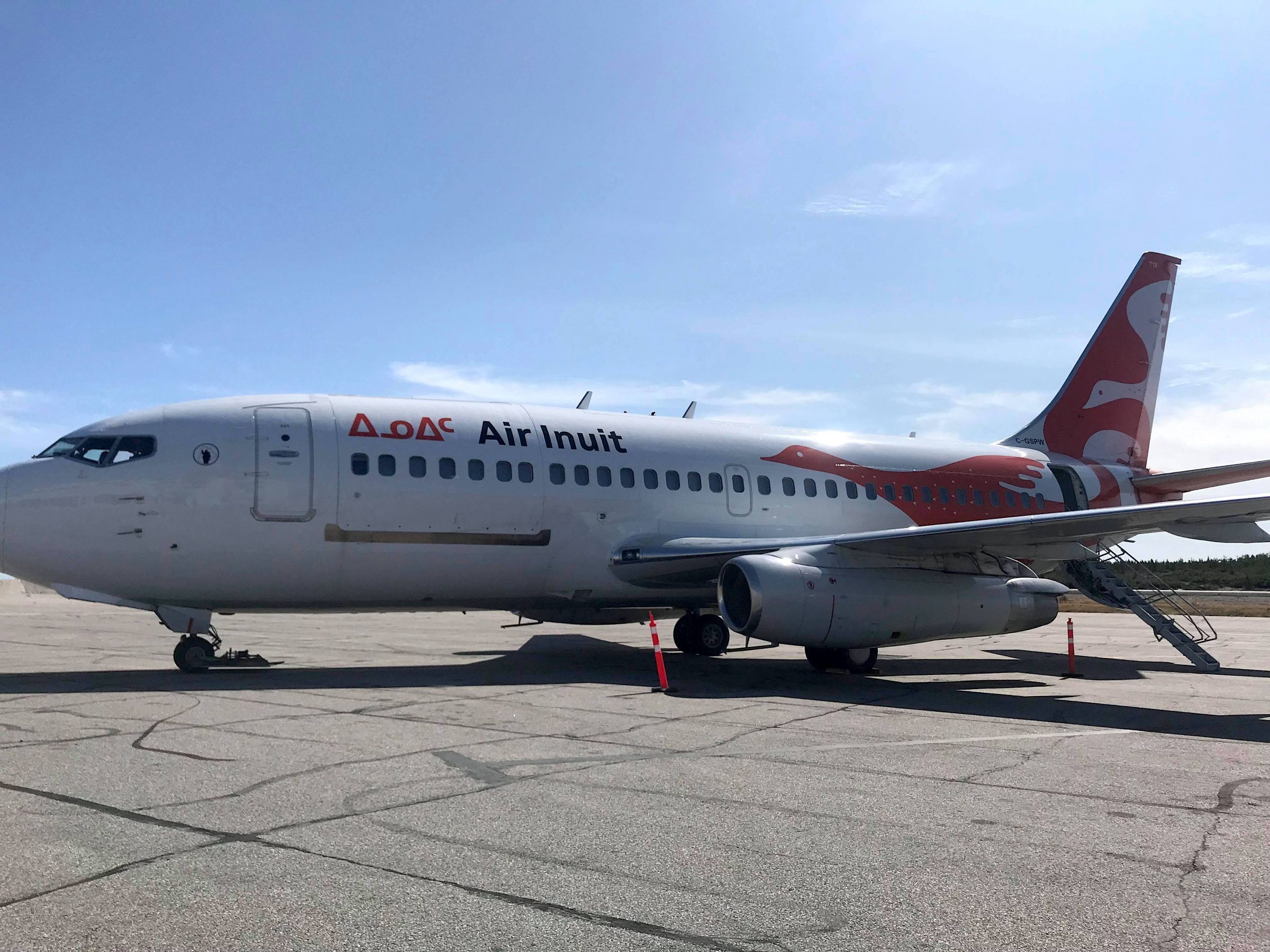 Here’s a look at the Air Inuit Boeing 737-200 on Aug. 24 after it managed to land in La Grande Rivière after its autopilot failed, causing the 38-year-old aircraft to violently pitch. (Submitted photo)

More details about what happened on Saturday, Aug. 24, aboard an Air Inuit Boeing 737-200 aircraft en route from Montreal to La Grande have surfaced.

Online websites dedicated to aviation incidents now suggest an autopilot malfunction on the 38-year-old aircraft was the cause of a wrenching upset that threw passengers, crew and meals around, and injured at least one person badly enough that an ambulance was required in La Grande.

Aviation Herald  reports that the Air Inuit Boeing 737-200, registration C-GSPW, was on its scheduled flight 3H-704 from Montreal to La Grande Rivière with 35 passengers and four crew on board.

But about 10 minutes after reaching a cruising altitude of 34,000 feet (about 10,300 metres) with the autopilot engaged, the aircraft suddenly pitched up.

A pitch motion is an up or down movement of the nose of the aircraft caused by a rapid change in altitude, which is different from the motion caused by turbulence, or a disturbance of air flow.

The crew disconnected the autopilot, noticed vibrations and buffeting in the flight controls and returned the aircraft to 34,000 feet (or about 10,300 metres) in altitude.

The crew then requested a block altitude from air traffic control, to allow the aircraft to find stability in a certain block of airspace.

The crew then re-engaged the autopilot, which resulted in a second uncontrolled pitch up, the Aviation Herald said.

The crew disconnected the autopilot again, and requested clearance to descend to 32,000 feet (or about 9,700 metres).

When it’s working well, the autopilot is a system that controls an aircraft’s path without constant hands-on control by a pilot.

But, when an autopilot fails, a crew member must disengage the system, either by flipping a power switch off or, if that doesn’t work, by pulling the autopilot circuit breaker.

This graph shows the speed and altitude of Air Inuit’s EH-732 flight on Aug. 24. and its upward ascent at shortly after 11 a.m. (Graph courtesy of Flightaware.com).

Only passenger sustained injuries in one of the upsets, despite initial reports of multiple injuries.

But passengers on the flight say it was terrifying.

Photos shared with Nunatsiaq News show food thrown around the cabin, a seat torn off and blood on the arm of a chair.

“I was in that flight going back home it was very scary. I really thought I was going to die. I thought of my family, my children who’s waiting for me to come home. I was prepared to die. It was very scary, people screaming, crying, praying, food, papers, people flying in the plane,” said one passenger, who thanked God and the pilots, adding they were lucky to land in La Grande.

The crew requested an ambulance meet the aircraft at La Grande Riviere.

In the meantime, two nurses on board the aircraft helped the injured passenger, the Aviation Herald said.

The aircraft landed at its destination without further incident.

An earlier version of this story attributed a quote to a passenger on 3H-704. At the passenger’s request, we have removed his name, due to their fear of the consequences of having their name published.