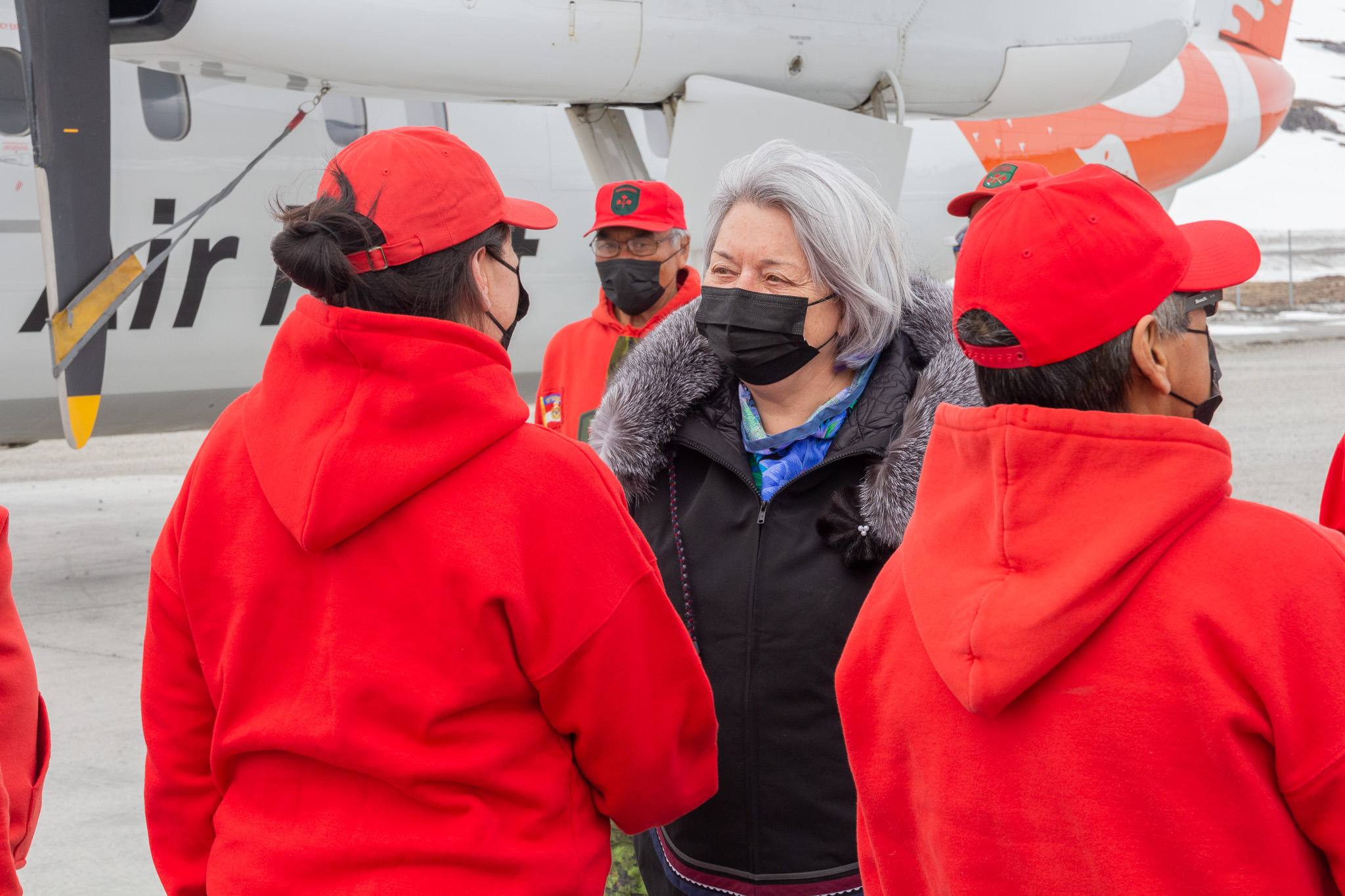 Gov. Gen. Mary Simon’s trip to Kangiqsujuaq has been cancelled due to weather issues.

Heavy winds in Kuujjuaq and icy landing conditions in Kangiqsujuaq Wednesday forced Simon’s staff to make the call to keep the governor general grounded for the day, according to her staff who briefed reporters in the morning.

Simon and her entourage had arrived at the Kuujjuaq airport ready to fly, but turned around and headed back into town not long after.

Her staff was watching the weather Tuesday night, and had warned of a potential last-minute change of plans.

Later in an interview with Nunatsiaq News, Simon said she felt badly that poor weather prevented her from visiting Kangiqsujuaq .

“I’m going to be talking to them today and I’m going to tell them that I’ll be coming back,” she said.

Simon is on a weeklong visit to her home region. Her trip to Kangiqsujuaq was set to include a sit-down with the town council, students and elders.  She was also scheduled to present a Governor General’s Academic Medal Certificate to a student and an Order of Military Merit to a Canadian Ranger at Arsaniq School.

A visit to the Pingualuit National Park interpretation centre was on the agenda too, before flying to Inukjuak for the night.

Simon will spend the remainder of Wednesday in Kuujjuaq with no public events scheduled.

Her staff told reporters the hope is to have a full day in Inukjuak on Thursday, with visits to Innalik School, town council and other community organizations.

The vice-regal visit to Nunavik is scheduled to conclude Friday in Kuujjuaq.