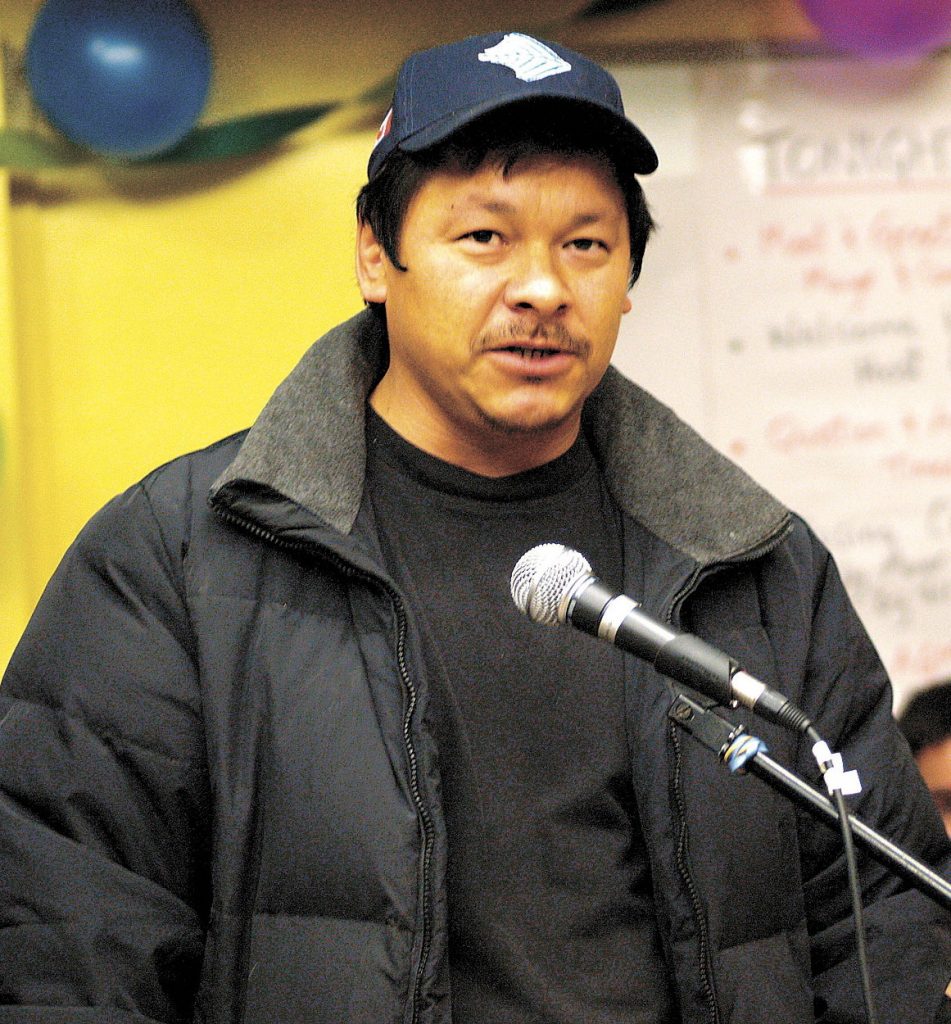 David Alexander, then a city councillor, speaks during an all-candidates meeting in Iqaluit in October 2009. Alexander is the new chair of the board that oversees Baffin Fisheries. (File photo)

David Alexander of Iqaluit will replace Johnny Mike as chair

The five hunter and trapper associations that own Baffin Fisheries chose a new board and a new chair earlier this week, the organization said in a news release on March 6.

At a meeting held on March 3, the Inuit-owned fishing company elected David Alexander of the Amaruq Hunters and Trappers Association of Iqaluit to serve as its new chair.

Alexander, a former Iqaluit city councillor, replaces Johnny Mike of Pangnirtung, who has served in that position for the past year.

“I would like to thank previous chair Johnny Mike for his contribution over the past year. I look forward to continuing to move Baffin Fisheries in a positive direction,” Alexander said in a news release.

“We plan to hold several community visits this year to ensure all shareholders have an active voice in corporate development and community investments.”

At the same time, Baffin Fisheries confirmed or elected the following board members:

This past December, the company won a $544,000 judgment from its former CEO, Garth Reid, after a Newfoundland judge found that Reid had diverted Baffin Fisheries funds to construct a lavish mansion and guest house overlooking Trinity Bay in Winterton, Newfoundland.