“This is the right and responsible thing to do,” federal transportation minister says 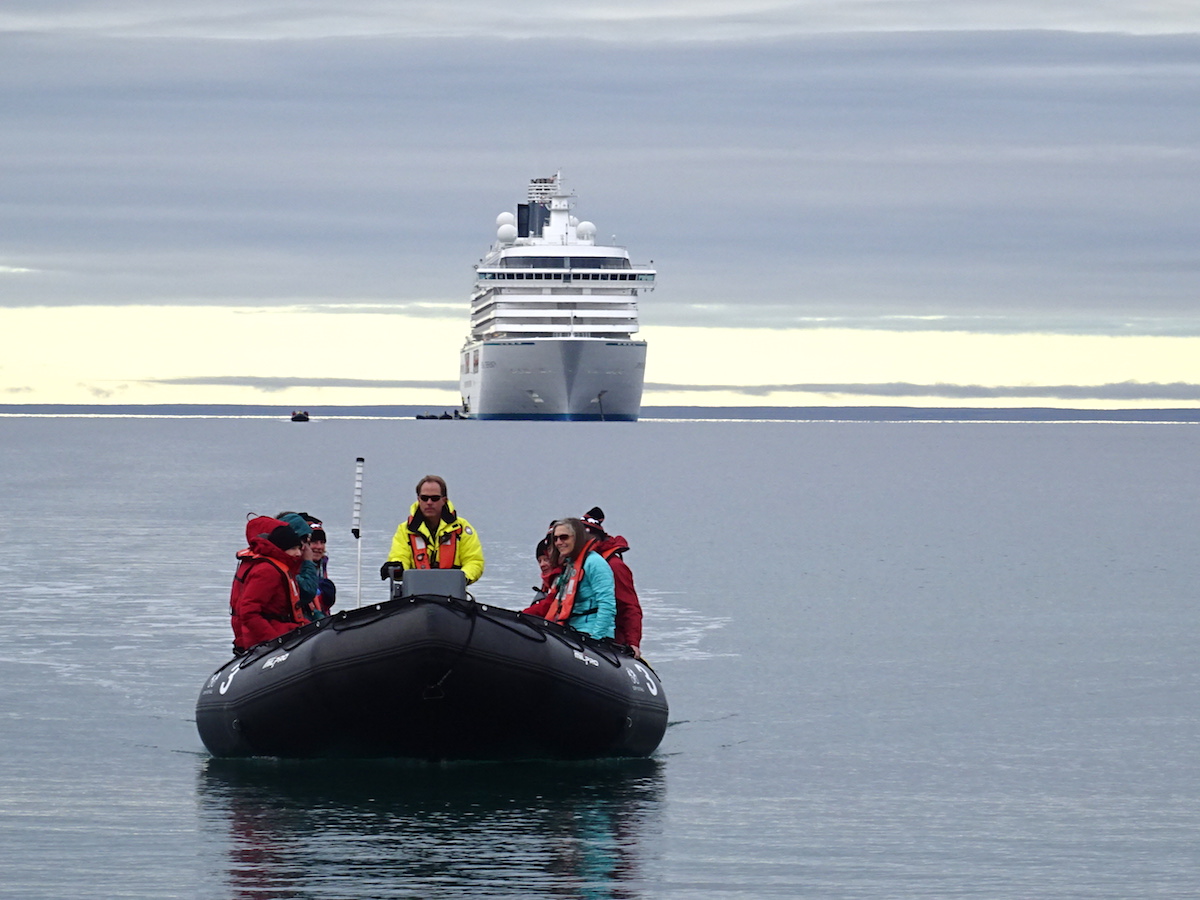 The Crystal Serenity is seen docking off Cambridge Bay, Nunavut, in August 2016. Today, Transport Minister Omar Alghabra announced that the ban on cruise ships and pleasure craft in the Canadian Arctic has been renewed for another year and will be in effect until Feb. 28, 2022. (File photo)

The temporary ban on cruise ships and pleasure craft in all Canadian Arctic waters has been renewed for another year, the federal government announced, calling it a “responsible” step to prevent the spread of the coronavirus.

The initial cruise ship ban began in March 2020 due to concerns about the spread of COVID-19. It was later followed by a ban on most pleasure craft in May 2020.

Those bans were scheduled to end on Feb. 28 of this year but will now stay in effect until the end of February 2022.

“Temporary prohibitions to cruise vessels and pleasure craft are essential to continue to protect the most vulnerable among our communities and avoid overwhelming our health-care systems,” federal Transport Minister Omar Alghabra said in a news release Thursday.

“This is the right and responsible thing to do,” Alghabra said.

With the bans renewed, public health authorities will be able to continue focusing on the issues such as the vaccine rollout and new COVID-19 variants, the release states.

Passenger vessel operators who break the ban can be fined up to $1 million, sentenced to 18 months of jail, or both.

Last year a New Zealand-based yacht sailed through the Northwest Passage in defiance of the ban.

While the decision to ban the vessels from Arctic waters was made with public well-being in mind, the ban will again mean that Nunavut artists are going to take a financial blow because there will be fewer tourists arriving in the territory.

Between July and September 2019, 12 cruise ships embarked on 21 separate voyages in Nunavut waters, according to a government report on tourism.

If the COVID-19 pandemic improves enough to allow for the safe resumption of activities, the transportation minister has the ability to remove the ban before it expires.

This article has been updated to include a more recent estimate of the cruise industry’s economic impact in Nunavut in 2019, provided by the Department of Economic Development and Transportation after publication.