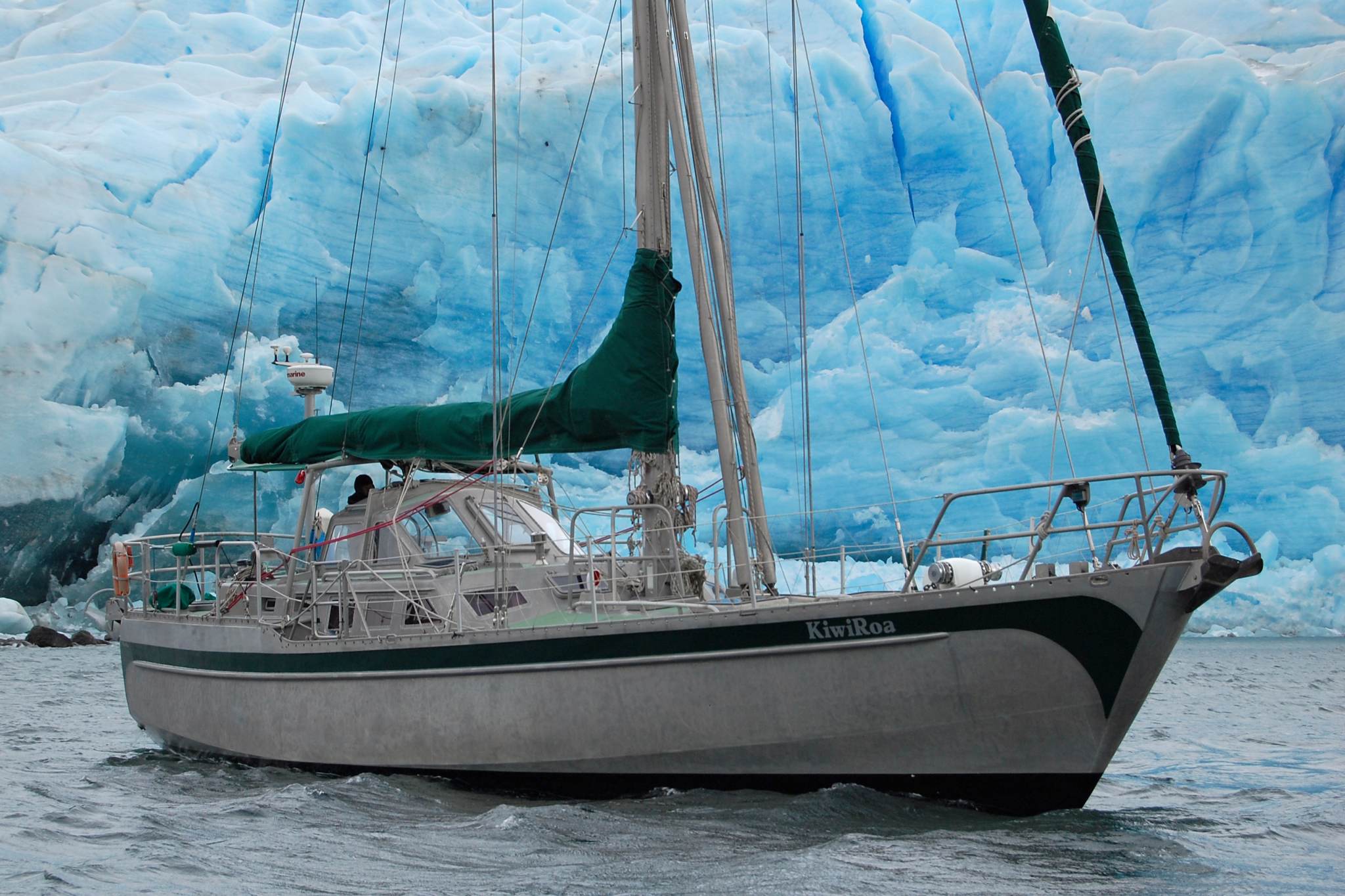 The Kia Roa, seen here in icy waters, has been globetrotting, with its owner and skipper Peter Smith at the helm. His recent voyages include the 5,500-nautical-mile passage across the Southern Ocean from New Zealand to Chile. On Aug. 20, his vessel was seen in the Northwest Passage not far from Cambridge Bay where there has been little traffic of similar vessels this summer. (Photo from Peter Smith’s website)

When Inuit marine monitor Bobby Klengenberg of Cambridge Bay spotted a sailboat heading east into the Northwest Passage last Thursday, he knew that in 2020 pleasure craft are only allowed passage in these Arctic Canadian waters under certain conditions.

After noting the name of the vessel, the Kiwi Roa, Klengenberg went to the Ekaluktutiak Hunters and Trappers Organization in Cambridge Bay, which then contacted Transport Canada.

“TC is aware of the vessel and that it is from New Zealand,” HTO manager Beverly Maksagak said in a discussion on social media.

In a statement sent to Nunatsiaq News, Transport Canada confirmed that it had ordered the vessel to leave the Northwest Passage.

“Transport Canada has directed the vessel to depart Canadian waters and not make landfall. The vessel has confirmed they received this direction,” the statement said.

Maksagak said that nearby communities and the Nunavut RCMP had also been alerted about the 52-foot aluminum sloop, owned by Peter Smith, a New Zealand boat builder and sailor turned long-distance cruiser.

On his website, Smith, 72, said that he had not yet sailed the Northwest Passage after an attempt from Greenland was stopped due to heavy ice conditions in 2018.

The Kiwi Roa crew knew they were not allowed into Canada, Maksagak said, and that they would not be allowed to dock in communities.

A message sent by Nunatsiaq News to Smith via “SailMail,” an e-mail service sent via HF radio, has also not received a response. “SailMail is slow, unreliable, and insecure,” his website states. “Peter may take some time to respond.”

Cruise ships were banned from Canadian Arctic waters in 2020 to prevent the spread of COVID-19.

Later, most pleasure craft were also banned from operating within Canada’s Arctic coastal waters (north of the 60th parallel), as well as in the coastal areas of northern Quebec and Labrador.

But those restrictions do not apply to foreign pleasure craft, such as canoes, kayaks, sailboats and motorboats, exercising their “right of innocent passage” through Canada’s Arctic territorial waters: that is, as defined by the United Nations, their right to enter and pass through another state’s territory so long as it is not prejudicial to the peace, good order or security of the other state.

However, individuals travelling aboard these vessels have been required to notify the minister of transport 60 days before arriving in Arctic waters, and Transport Canada has said they “may be subject to conditions.”

The measures are intended to allow the Canadian Coast Guard to focus efforts on essential operations, including community resupply, icebreaking, environmental response efforts, and search and rescue.

Marc Garneau, Canada’s minister of transport, has said that these measures are also intended reduce the risk of COVID-19 transmission in remote and vulnerable Arctic communities.