Beloved Nunavut minister tells his story in “Called to the Arctic” 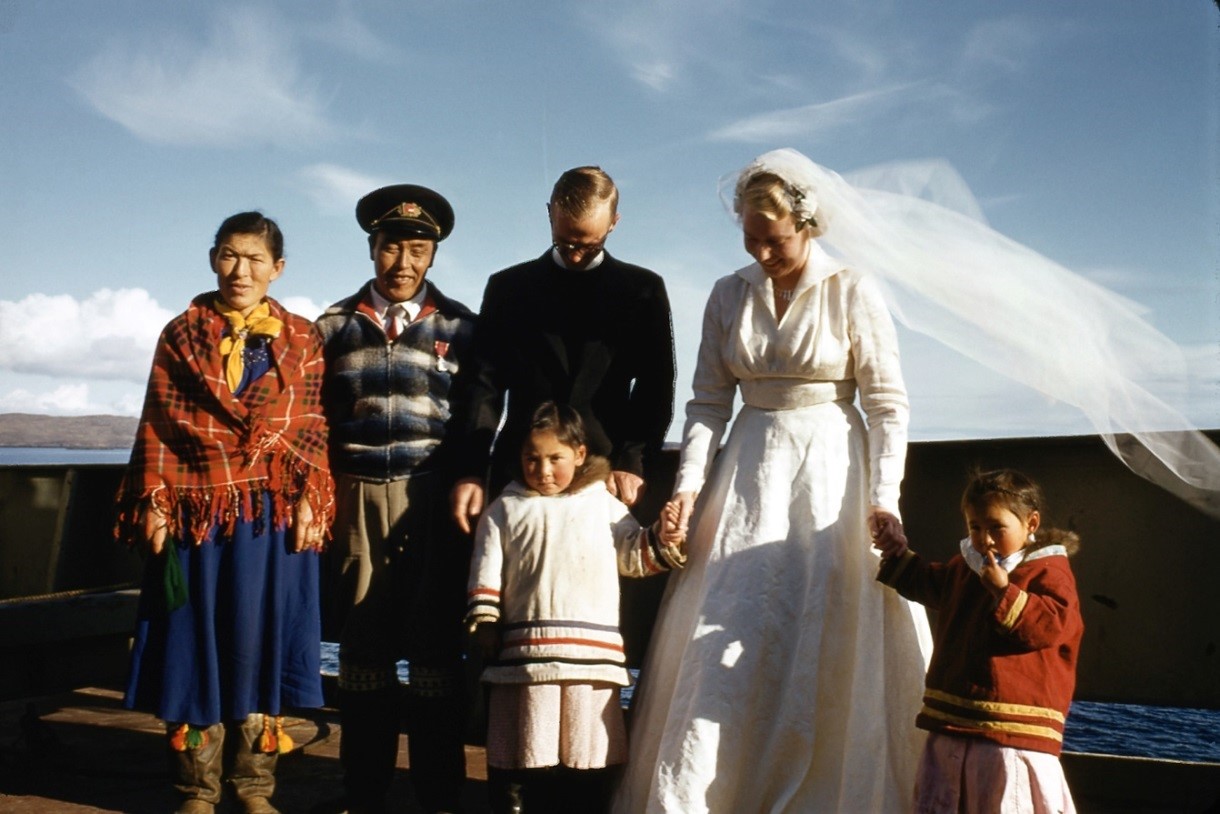 It would be challenging to find someone more respected throughout Nunavut than the Rev. Mike Gardener, now retired, who served the Anglican Church for more than 50 years and recently set down his story for everyone to read.

“I could hear his voice when reading the book, so open and honest, and funny, too,” said his daughter Susan Gardener, who lives in Iqaluit.

Gardener’s measured voice remains familiar to many, including those who are not Anglicans: over the years, he has officiated at countless public events in Iqaluit, delivering opening prayers in Inuktitut and English.

After arriving in the Arctic in 1955, Gardener lived in Kimmirut, Kinngait, Pangnirtung and Iqaluit. But he now lives in Ottawa at the Embassy West residence with his wife, Margaret.

And his new memoir, “Called to the Arctic: the Memoirs of the Rev. Mike Gardener,” offers many insights into his life, his family and the many people he met over those 90 years.

“Called to the Arctic,” his granddaughter Sharon Angnakak told Nunatsiaq News, tells “a great life story, full of humour and a good message,” and features many of his colour photos.

Of Gardener’s first, largely unsuccessful, seal hunts, he said: “I wander around to keep warm but I’m always feeling a bit scared whether I am going to fall into the water. Because we would go where it was fairly newly-formed ice and it would bend a bit under you. It wouldn’t give way because it was very rubbery, not like fresh water ice. So I was fairly safe, but I didn’t feel that safe.”

While some memoirs can be dull or poorly written, this one, prefaced by his editor and proofreader, former Iqaluit resident and parishioner Carol Rigby, is a page-turner, as the young missionary describes how he learned to walk over ice, shoot a seal, build an igloo and run a dog team.

Gardener also mastered Inuktitut while ministering to people in the camps.

“I was not apprehensive at all. I was thankful that we had finally arrived to live in the Arctic,” he said in the book.

As a 12-year-old, Gardener had been inspired by the story of the Scottish missionary David Livingstone’s life in Africa, but he wanted to be in a cold place.

When he arrived in Kimmirut, the young missionary, fitted with warm clothes, was anxious to learn the Inuit language and culture.

“My whole experience with language and culture learning was like being thrown into the deep end. But I know now, although I didn’t realize then, how the Lord was truly guiding and protecting me the whole time,” Gardener said. “I believe that was the reason we were sent there to join with others in helping people in these new circumstances.” 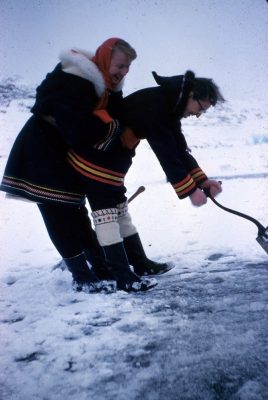 Here the newlyweds Mike and Margaret Gardener pull ice from a lake to melt for drinking water. (Photo from the collection of Rev. Mike Gardener)

Gardener developed an appreciation for seal meat early on.

“When you are cold, there is nothing better than to chew a bit of raw seal meat, dripping with warm blood, to get yourself warmer … wonderful food,” he said.

Slowly, Inuit accepted Gardener, allowing him to come to their country food feasts because they saw he enjoyed their foods.

“We all laughed at how they used to try and stop me going to feasts and now they were asking me to go,” he said.

But Gardener said it took him “a long time to get to know the ways to know the right things in the North.”

Life got more complicated for Gardener after his marriage, the arrival of children, and increased responsibility for clerical training in Pangnirtung. Later, Gardener would move to Iqaluit where, among many other activities, he led services at St. Jude’s Anglican Cathedral.

“I felt at times rather swamped by all the various things that had to be done and the time to have my own preparation, my own prayers, my time with Margaret and family,” he said.

“The whole idea is not for the minister to do everything. He’s supposed to be helping others to do the things that need to be done. We don’t have a dog to guard our house and then do the barking ourselves.” 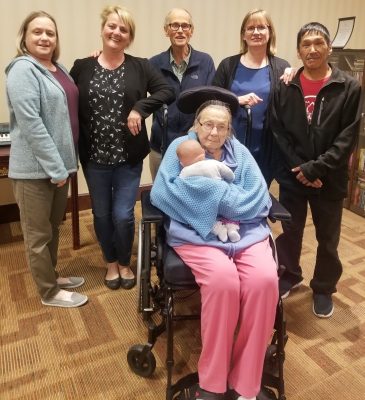 The Gardener family at the Embassy West residence in Ottawa: (from left to right) daughters Ann and Pat, Mike, daughter Susan, adopted son Kym and Margaret (at the front). (Photo courtesy of the Gardener family)

Long after his retirement in 1996, Gardener was still called upon to fill in at church services, counsel people or even rid homes of bad spirits.

While Gardener no longer lives in Nunavut, he still has family around the territory: his daughters, Susan, Pat and Ann, numerous grandchildren, including P.J. Akeeagok, the president of the Qikiqtani Inuit Association, and great-grandchildren.

Susan recently ordered some hard copies of her father’s memoirs for Arctic Ventures in Iqaluit. You can order your own hard copy or download an e-book to read on a Kindle device.

“Called to the Arctic: the Memoirs of the Rev. Mike Gardener”