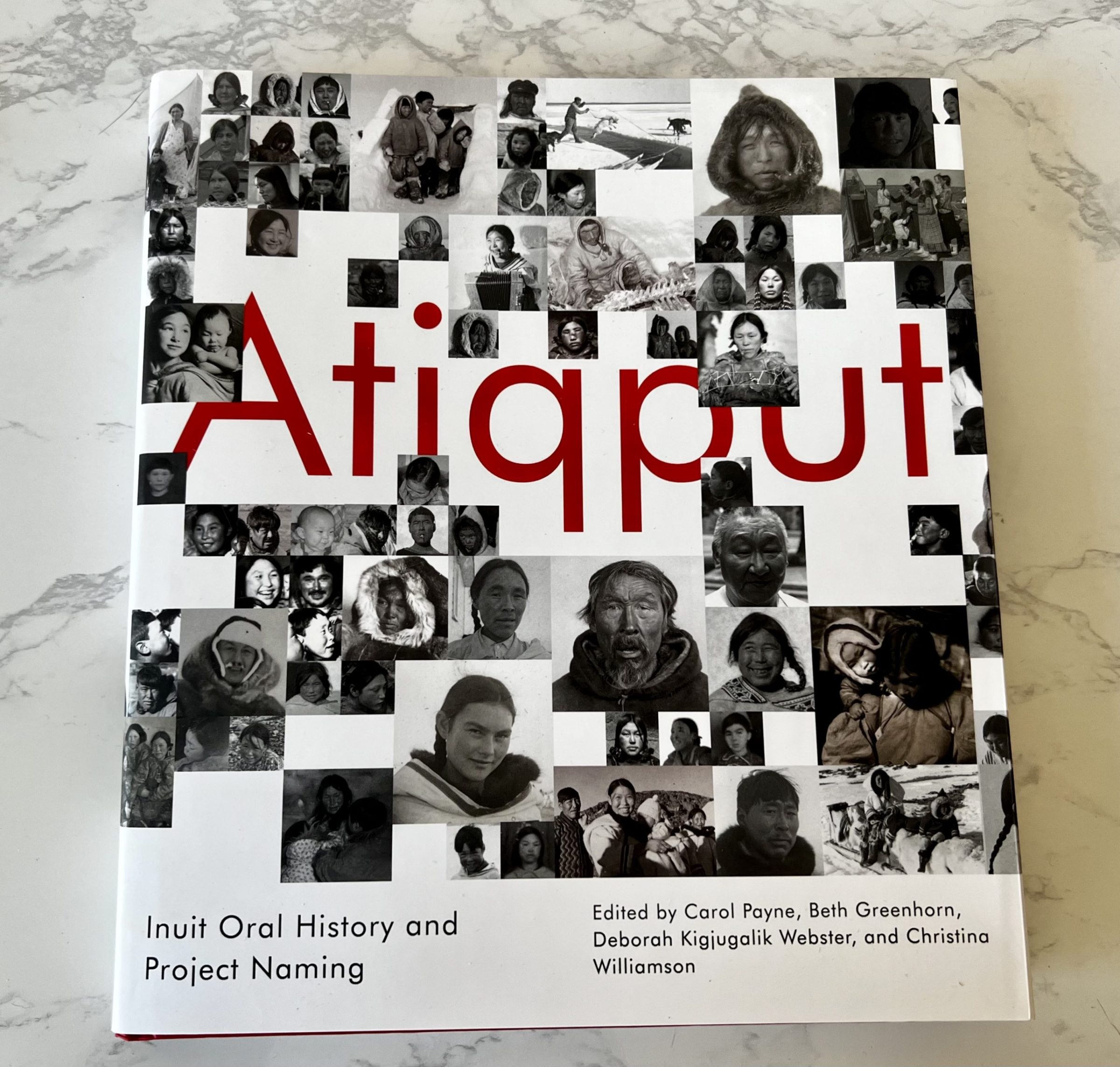 When Beth Greenhorn began managing the Inuit history research program Project Naming nearly 20 years ago, she learned that many of the young participants had never spoken to an elder before.

“They weren’t sure how to start [that] conversation,” she said.

Instead, having a visual like a photograph in front of them was a way to open up that door and bring two generations together.

That’s the approach of Project Naming, which is photo-based and helps Inuit participants identify other Inuit depicted in thousands of historical photographs from the collections of Library and Archives Canada.

It’s part of a larger effort to decolonize historical records and restore the Inuit names and identities to the people in these images, Greenhorn said.

Some of those experiences of connecting Inuit elders and younger generations through photographs are compiled in Atiqput: Inuit Oral History and Project Naming, a new book about restoring the names of thousands of Inuit in archival photos.

Many of the photos taken by southerners like government officials and missionaries depict Inuit people, but few of them bothered to record the names of those Inuit, said Payne in an interview with Nunatsiaq News.

Starting in the 1980s, students from Nunavut Sivuniksavut, a school for Inuit in Ottawa, were each given a photograph that was taken in their home community. They brought that photo back home over the holidays and showed it to their elders to try to find out who the people were in the photograph.

This helped spark conversations about history, identity and community.

After celebrating the 15th anniversary of the project a few years ago, the idea to compile the many conversations between elders, students and partners of the program into a book was sparked, Payne said.

The book is divided into three sections: how Project Naming was formed, the narratives of Inuit elders, and a look at other projects that are working to restore Inuit names and identities to archival records.

The central part of the book features personal stories from five elders: Sally Webster — Deborah’s mother — who talks about the joy of seeing her family in photographs; Piita Irniq, who writes about how photographs “bring you home”; Manitok Thompson, who discusses her work as a politician and how clothing is important to Inuit culture; Ann Meekitjuk Hanson, on the cultural history of naming; and David Serkoak, speaking on his many names.

Payne said restoring Inuit names is not only a way to honour Inuit ancestors, it also builds connections between generations of Inuit and reinforces the importance of naming traditions within Inuit culture.

“At the same time, it changes the southern historical record from one that ignored or erased Inuit identity to one that acknowledges hundreds of Inuit and Inuit culture,” she said.

“Restoring the names is very important to Inuit, but it also provides a lesson to southerners like me.”

Payne said the young people she’s worked with have shown “real enthusiasm” for the efforts to restore Inuit names, similar to how more efforts are being made to improve language revitalization.

The book highlights this by including stories from two former Nunavut Sivuniksavut students who worked on Project Naming and reflected on their experiences interviewing elders and how meaningful that was for them.

“Identifying the photographs is a way of linking to other generations and linking to the elders they interview and to who’s in the photograph,” Payne said, “so I think the young involved are really enthusiastic about getting to know all this information through our photographs.”

A book launch celebrating the release will be held Oct. 19 at 5 p.m. in Ottawa at the Carleton Dominion-Chalmers Centre.

The event will feature a performance by students from Nunavut Sivuniksavut and words from Inuit elders featured in the book. Those unable to attend can watch the livestream through Zoom by registering here.