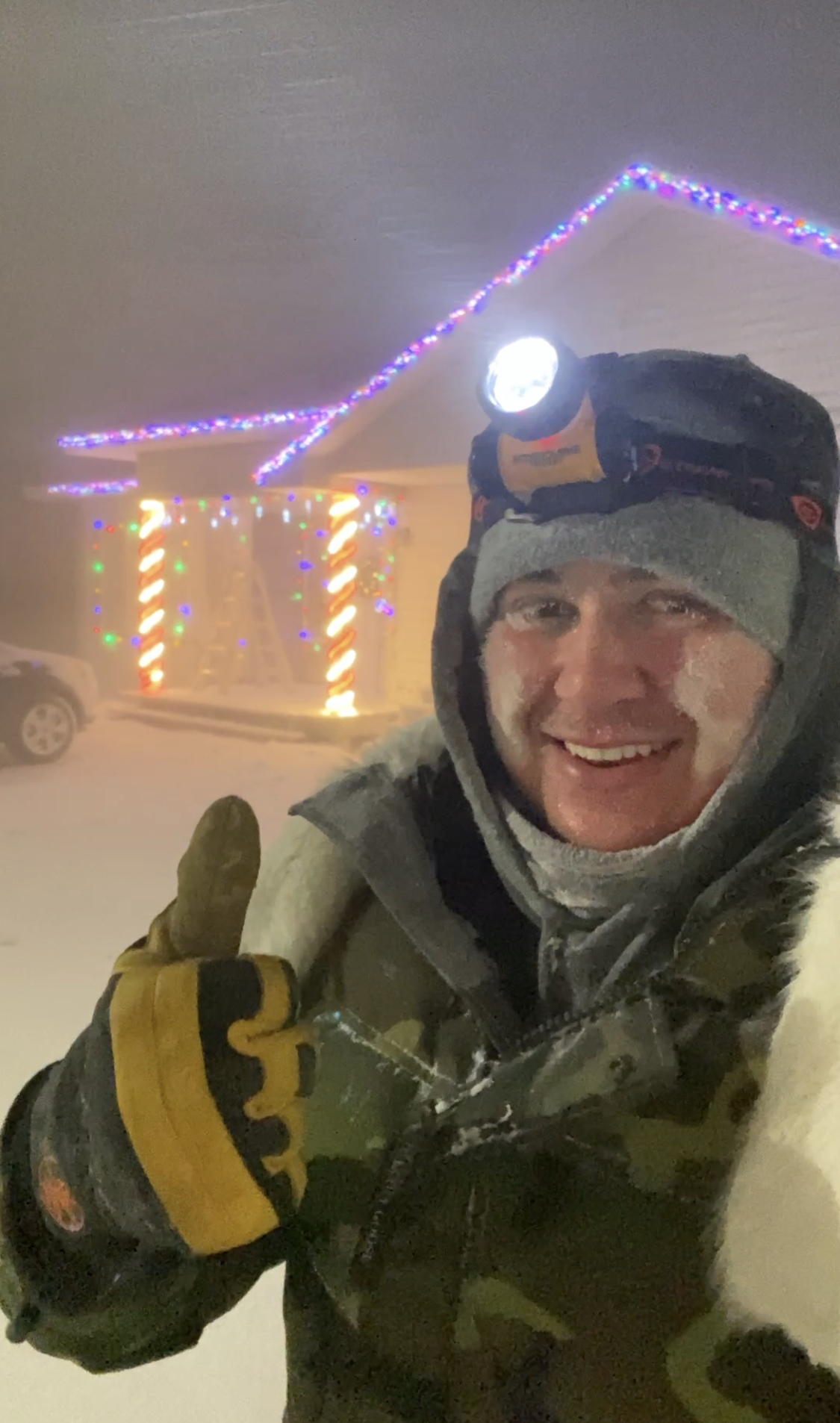 The challenge in hanging Christmas lights in a -51 C windchill is that the wires get so brittle that they crack, says Tom Rutherdale, a power line technician who strung more than 5,000 lights on his Cambridge Bay home because they put a smile on his son Liam’s face. (Photo courtesy of Tom Rutherdale)

Braving the cold to brighten up the season

Putting a smile on his two-year-old son Liam’s face made braving -32 C temperatures to string 5,300 Christmas lights worth it, says Tom Rutherdale, a power line technician in Cambridge Bay.

“It’s awesome to see him get excited every time we go outside our house. His smile definitely makes the hard work worthwhile,” Rutherdale said in an email describing the project he has taken on since his son was born. This year, he added a bit more to the display.

Rutherdale said it took him 12 hours over two days because he did the work by himself and because the wires get brittle with the mercury gets down below -30 C. 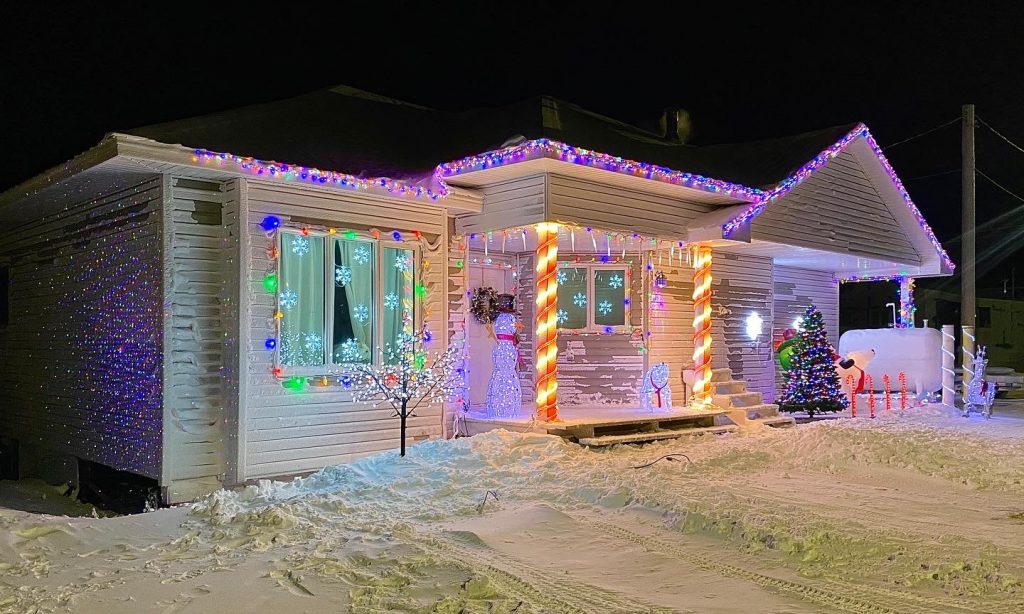 As luck would have it, Sunday, the day he decided to tackle the job, there was a blizzard and it the temperature plummeted to -51 C with the windchill.

As a power line technician, “being outside at heights doing wiring in extreme weather conditions is part of what we do,” he said.

Now that they’re up, they stay on 24 hours a day because, he says, it brightens up their lives. The sun set in Cambridge Bay on Nov. 29, and won’t come back until Jan. 11.

“I have heard a lot of the kids around town enjoy looking them as well and I think that is great,” said Rutherdale.

They’ll likely stay up until spring, he added, because “I have less enthusiasm taking them down”