Calls to police in Iqaluit escalated this summer 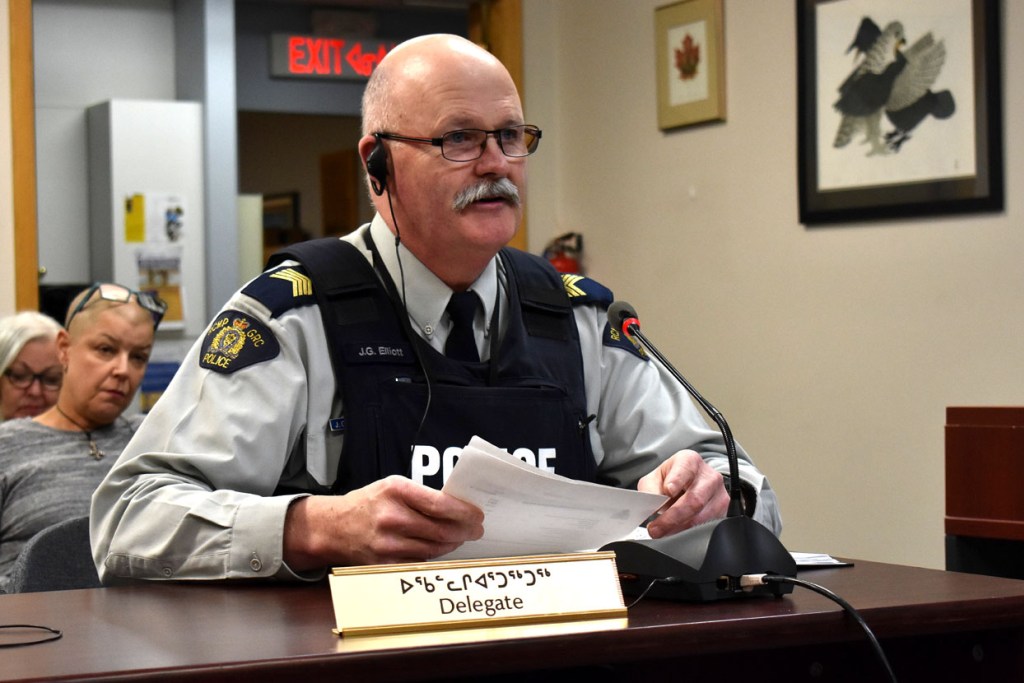 The warm weather has signalled an increase in calls to the RCMP in Iqaluit, Staff Sgt. Garfield Elliott told city council at its Aug. 27 meeting.

“It used to be an anomaly to hit 30 calls in summer months during our nightshift,” Elliott told mayor and council. “This summer, one night, we had 52 calls and last weekend we hit 40.”

In fact, the calls reached into the 40s twice this spring and summer, over 12-hour periods.

Elliott provided crime statistics up until July 31, with updates on a few cases that didn’t make the numbers, either because they were after that cut-off date or remain under investigation.

One such event was the death of an Igloolik man outside the elders’ qammaq in early August.

The autopsy was completed and a toxicology report requested, but the man’s death is still being investigated by the major crimes unit.

Arson remains a significant concern in Iqaluit for the year to date, following last year’s shocking uptick. In 2016, there were four cases of arson on the record and eight in 2017.

Several of the fires this year weren’t yet factored into the RCMP statistics: the source of a shack fire on the beach over the Canada Day long weekend is undetermined because of the severe damage it caused, leaving little to investigate.It was, however, deemed suspicious, Elliott said.

Beyond arson, already this year, there have been more than 1,400 counts of mischief, 643 assaults, as well as 108 counts of operating a vehicle while impaired.

Councillor Joanasie Akumalik brought up the idea of officers on bike patrol and foot patrol in Iqaluit. It’s something he said he had suggested some years ago to no avail.

“I really truly believe foot patrol and bike patrol would be effective in this community,” said Akumalik. “Especially this time of year.”

Two years ago, Akumalik said, he was told the program was in the works and the officers were being trained.

“If that was the case, they would be on bikes by now,” Akumalik said.

He added that this summer he saw two officers playing basketball with youth outside Nakasuk School.

“That was really good for the community,” he said, underscoring the need for fewer barriers between officers and community members.

Elliott responded that the detachment is basically doing everything it can just to maintain policing services, with limited resources at their disposal, and even fewer than in previous years.

Additional officers are joining the detachment this summer and fall: six have already arrived and another three are en route—one by way of Hall Beach.

“For every one of these people coming in, I have someone going out,” said Elliott. “There are a couple filling vacancies, but mostly they are replacing those going out.”

With more resources and officers on the ground, Elliott said, they would be able to get into “more proactive instead of reactive policing.”