“An admission of guilt is always the first step to rehabilitation,” judge says 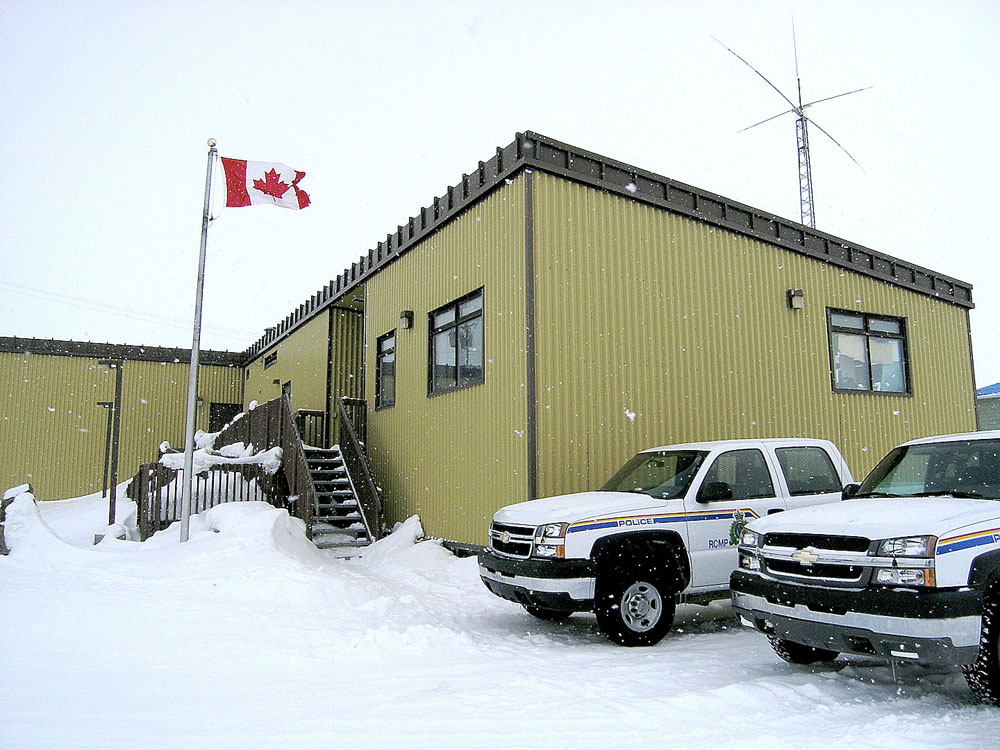 Raymond Komak of Cambridge Bay has been sentenced to 655 days at a Nunavut jail for a 2019 homicide, Nunavut Justice Bonnie Tulloch wrote in a March 2 sentencing decision. (File photo)

A Cambridge Bay man has been sentenced to more than 21 months in a Nunavut jail plus three years’ probation for manslaughter.

Manslaughter is a homicide committed where the intention was not to cause death. In Canada, it does not carry a minimum sentence unless it was committed with a firearm.

According to an agreed statement of facts, Komak hosted a cribbage game on Jan. 25, 2019, with family and friends. People were smoking cannabis but nobody was consuming alcohol at the time, the statement said.

At some point, Komak received a text message from Ekpakohak indicating he was drunk and asked Komak if he could come over and drink with him. Komak wrote back to say he didn’t want to drink. Intoxicated, Ekpakohak arrived around 10 p.m. with a 60-ounce bottle of vodka, about two-thirds full.

After some reluctance, Ekpakohak convinced Komak to take shot, the statement said.

Around 11:45 p.m., Ekpakohak’s brother and one of Komak’s friends left the party. Around 1:30 a.m., Komak’s wife came to pick up their two daughters. When she arrived, she noticed Komak and Ekpakohak were sitting on a couch and arguing, but there was no physical interaction. Only the two of them were left in the house.

At 4 a.m., Komak’s wife came back to check on her husband, found Ekpakohak deceased and called the police.

Police arrived around 7:52 a.m. and found Ekpakohak’s body. An autopsy later determined Ekpakohak died from a stab wound in his left upper back. At the time of this death, Ekpakohak’s blood-alcohol content was more than three times the legal limit for driving.

Investigators found Komak face down on his bed, asleep and still intoxicated. Komak had a one-inch laceration on his forehead, a black eye and blood around his nose.

Komak later told police that he and Ekpakohak were drinking and started fighting.

“The accused has no memory of the stabbing and he could not provide any details concerning the apparent injuries that he received that night,” Tulloch wrote in her sentencing decision.

Komak had also admitted he was the one who used the knife and lost control during the fight with Ekpakohak, Tulloch wrote.

“He is the one that used excessive force and he admits that in those circumstances he is guilty of manslaughter,” she wrote.

“The accused admits that he acted in the heat of passion caused by Sandy’s sudden, provocative, intoxicated and aggressive behaviour.”

In her sentencing, Tulloch considered both the aggravating and mitigating circumstances of the crime.

For aggravating circumstances, Tulloch noted Komak’s past criminal record, which includes eight charges as a youth and 19 as an adult, including seven counts of assault. In Sept. 2012, Komak was convicted of uttering threats.

“The presentence report attributes his lack of charges after 2012 with his becoming a father and his decision to stay away from the consumption of alcohol,” Tulloch wrote.

“By pleading guilty and admitting responsibility, Raymond has saved the court, the family and those present that fateful night from the further agony of having to relive the events. He has eliminated the need for a trial and his expression of remorse has been evident throughout these proceedings,” Tulloch wrote.

“An admission of guilt is always the first step to rehabilitation and the most important step in healing.”

Komak had a difficult childhood, Tulloch wrote. His parents were alcoholics and Komak was often left to fend for himself and sometimes had to sleep outside in the cold.

Tulloch also noted that although Komak said he did not remember what happened the night of Jan. 25, 2019, he took full responsibility for Ekpakohak’s death and apologized to his family repeatedly.

While in custody at Makigiarvik in Iqaluit for the last year, Komak has been a “model prisoner,” Tulloch wrote, and has participated in counselling and completed substance abuse and alternatives to violence programs.

“My decision today cannot be solely based on the offence. I am obligated to also consider the background of every offender who comes before me,” Tulloch wrote.

“In the early morning hours of January 26 of last year, two friends chose to drink, argue and fight until one of them took the life of the other. The next morning two families and countless friends on both sides woke up to a reality that included tremendous loss, pain and guilt.”

As part of his probation order, Komak must not have contact with Ekpakohak’s wife, must participate in counselling, must report regularly to a mental health nurse, for the first year is prohibited from consuming alcohol, and cannot possess a firearm for 10 years.