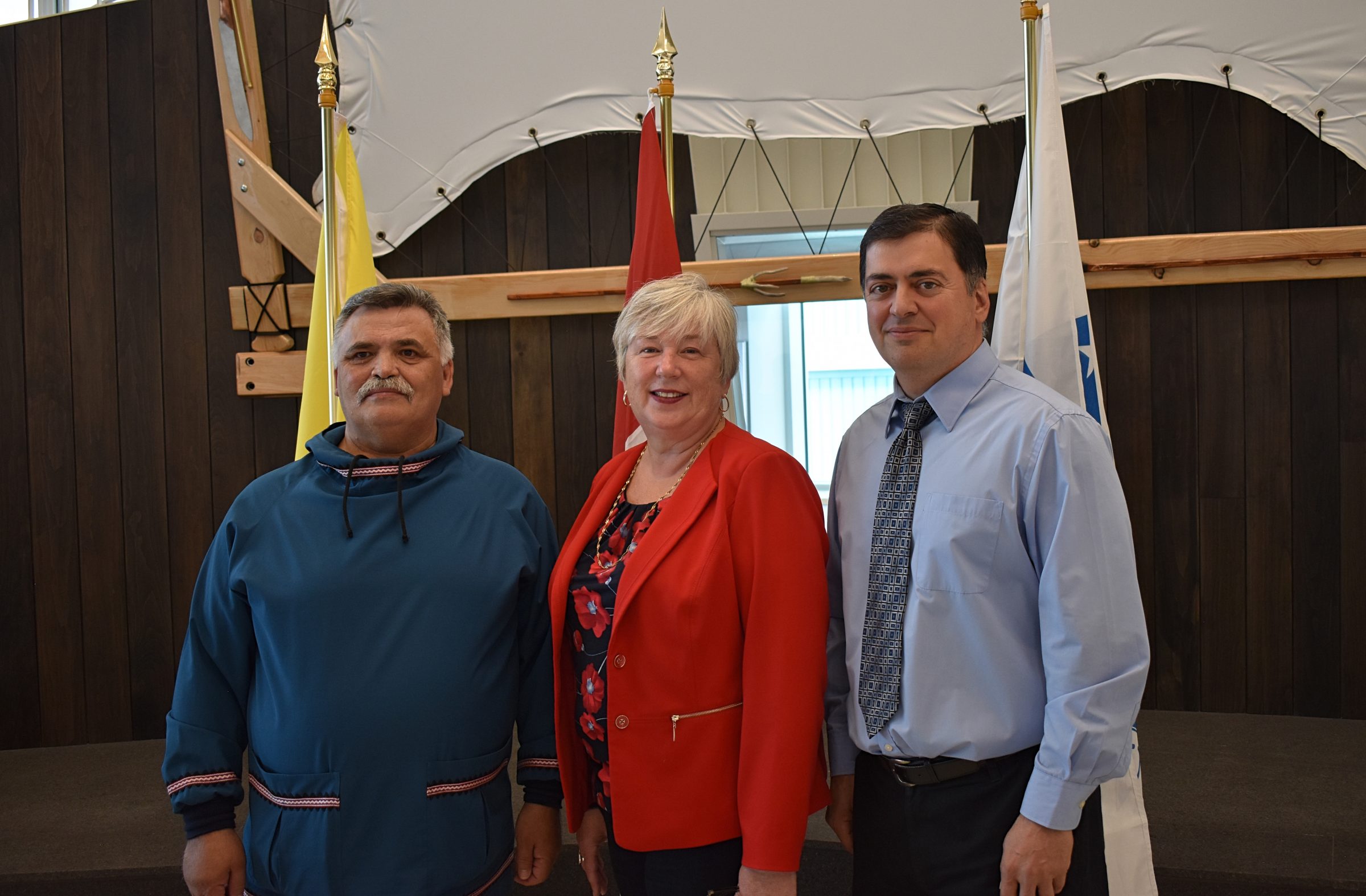 Bernadette Jordan, the federal minister of rural economic development, made the announcement today in Iqaluit with Lorne Kusugak, Nunavut’s minister of community and government services.

The project will involve laying 1,700 kilometres of fibre optic cable from Nuuk, Greenland, across the Davis Strait to Iqaluit. From there, a branch will extend to Kimmirut.

The cable will run off from an existing fibre optic link between Greenland and Newfoundland.

Residents can expect internet speeds of up to one gigabit per second. Improved services will also be available to schools, businesses, health facilities and government facilities.

Nunavut’s other communities should also benefit from having greater satellite bandwidth available to them, with Iqaluit and Kimmirut no longer depending on satellite service.

The Government of Nunavut will design and execute the project, said Kusugak at the announcement. The project should be completed by 2023, with the design plan finalized in 2021 and cable installed by 2022.

“The Government of Nunavut is committed to closing the digital gap that separates our territory,” said Kusugak in a news release.

The Government of Nunavut has already committed $30 million to the project. Last year, Nunavut’s MLAs debated the merits of the fibre link, and John Main, MLA for Arviat North–Whale Cove, made a failed effort to have the project pulled from the territorial budget.

The federal funds come from the rural and northern communities infrastructure stream of the Investing in Canada Plan.

“Once complete, Nunavut will no longer be the only region in Canada that relies on satellite internet for broadband,” said Jordan at the announcement.

Jordan also mentioned a previously announced funding commitment of $20.5 million towards Kugluktuk’s new solar and diesel power plant, which is jointly funded by the Qulliq Energy Corp. The Government of Canada’s funding for this project also comes from the Investing in Canada Plan, this time under the Arctic Energy Fund, which supports energy security in northern communities.