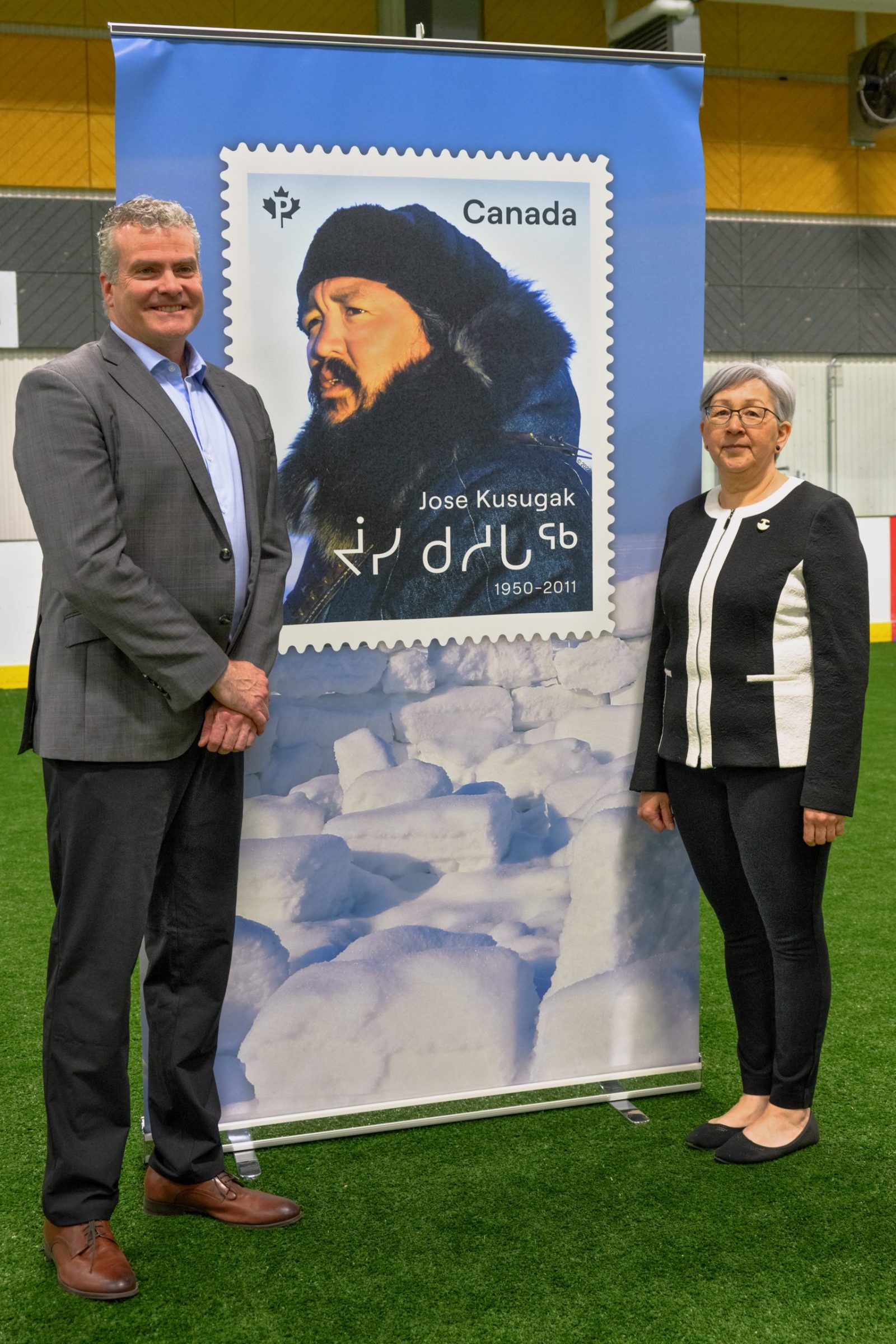 Friends and three generations of Jose Kusugak’s family gathered in Rankin Inlet on Tuesday to get the first glimpse of a postage stamp honouring the man who played a pivotal role in Nunavut’s creation.

The stamp, which features a portrait of Kusugak and his name written in Inuktitut, was unveiled to about 100 people at the local arena. 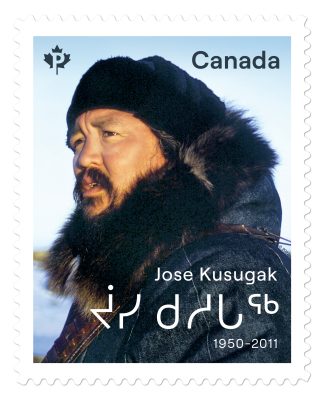 “He was the proudest Inuk we knew,” said Aliisa Autut, Kusugak’s daughter.

“As far back as we can remember, the work he did was to better the lives of Inuit.”

Nobody had seen the stamp until the event, including Aliisa’s seven-year-old granddaughter, who always asks about her great grandfather.

“When they unveiled the stamp, she looks at me and she goes, ‘Was your dad a king?’” Aliisa said with a laugh.

Her two daughters, Princess Autut and Layla Autut, throat sang at the event and Princess, 16, also performed a rendition of Hey Jude, as Kusugak “was a huge Beatles fan,” Aliisa said.

“It was really touching, that’s when things got emotional.”

Aliisa’s aunt tended to the qulliq during the ceremony and at one point, five of Kusugak’s descendants who are named after him proudly stood for a photo with their namesake’s stamp.

Kusugak’s widow, Nellie Kusugak, who is a former deputy commissioner of Nunavut, spoke at the event as well.

Aliisa said Kusugak’s work wouldn’t have been possible without Nellie, who put her own career ambitions on hold at times to care for their children, as he often travelled for work.

“Now I understand why he fought so hard, why he sacrificed all that [family] time so we could have a better future,”  she said.

Jose Kusugak first worked as an Inuktitut and Inuit history teacher at the University of Saskatchewan’s Eskimo Language School and later at the Churchill Vocational Centre in Manitoba.

His work with the Inuit Cultural Institute in the 1970s led to the creation of the dual writing system seen in most of Nunavut today — a mix of syllabics and roman orthography.

Kusugak worked with CBC North for about a decade and later worked with the Inuit Broadcasting Corporation.

As president of Nunavut Tunngavik Inc. in the late 1990s, Kusugak played a role in the creation of Nunavut and was responsible for land negotiation with the federal government and the Northwest Territories.

When he died in 2011 at the age of 60, he was in the midst of negotiating with mining companies to make sure Inuit would benefit from resource development in the territory.

Kusugak later became the first recipient of the Order of Nunavut in 2011 when he received the distinction posthumously.

The Canada Post stamp is one of three being unveiled in June for National Indigenous History Month.

One of the stamps honours Harry Daniels, who lobbied to have Métis and non-status Indians considered Indigenous Peoples in Canada’s constitution.

The other depicts Chief Marie-Anne Day Walker-Pelletier, who led the Okanese First Nation in Saskatchewan for almost 40 years.