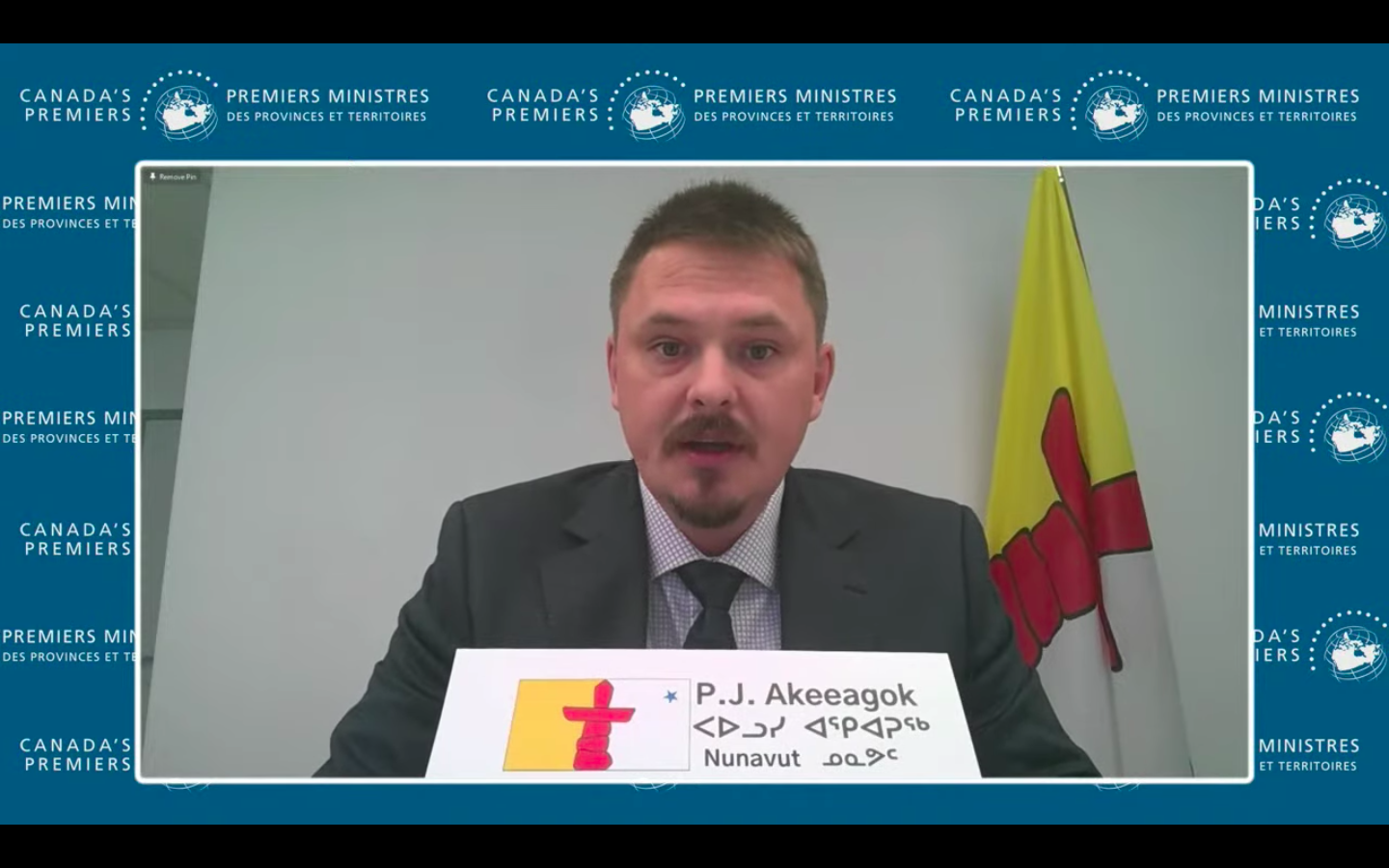 Nunavut Premier P.J. Akeeagok was part of the conference held by Canada’s 13 premiers Friday. He said additional Canada Health Transfer funding would help Inuit who travel out of the territory for specialized care. (Screenshot via the Council of Federation’s YouTube channel)

Canada’s 13 premiers reiterated their call for a new health-care partnership with the federal government in a news conference Friday.

Following a meeting in Winnipeg, they called on Prime Minister Justin Trudeau to increase the federal government’s contribution to the Canada Health Transfer to 35 per cent from 22 per cent.

They are requesting the Trudeau government to pay an additional $27.6 billion annually as part of this transfer, according to a February 2021 report from Canada’s provincial and territorial finance ministers.

The largest federal transfer to provinces and territories, the CHT provides long-term funding for health care across the country.

“With do have this remoteness that we see across Nunavut, and the reliance we have on our southern partners is enormous,” he said at the conference.

Akeeagok said increased funding would benefit “every Nunavummiut who requires these specialized services that unfortunately we don’t have the capacity to do right here in Nunavut.”

He added, “The significance and the importance is there for us to support the unified voices we’re seeing right across the 13 premiers here.”

Premiers said they want to meet with Trudeau early in 2023 to ensure a conversation about CHT funding is included in Ottawa’s spring 2023 budget.

There was no official response from the federal government as of Friday afternoon.