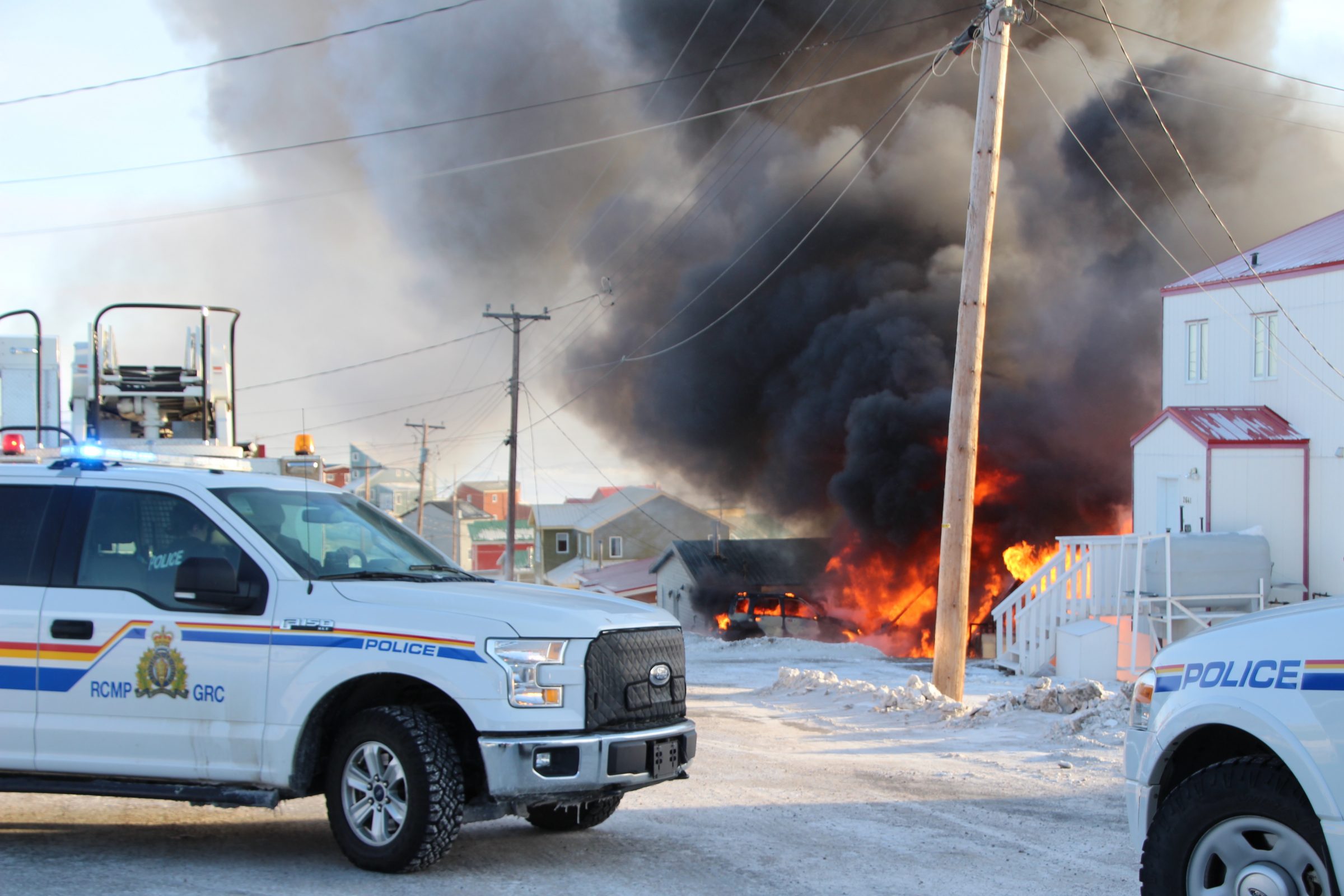 A fire that flattened an Iqaluit home in Tundra Ridge on Friday, Feb. 22, is now being reviewed by Nunavut’s Office of the Fire Marshal, says the city’s acting fire chief.

Right now, a cause for the fire is unknown.

The blaze, which an emergency team responded to at 2 p.m., was the second fire that Iqaluit first responders were called to last week. The first fire, at a multi-unit home on the Road to Apex, started at 10:30 p.m. on Thursday, Feb. 21.

The fire department doesn’t know how that fire started either. No one was injured in either fire. Twenty staff and volunteer firefighters worked to put out the Thursday evening fire, and 22 put out the Friday fire.

Nelson Johnson, Iqaluit’s acting fire chief, said low temperatures made fighting the fires take longer, especially for the Friday fire, since there is no hydrant system in Tundra Ridge. It took 10 hours to put the other fire out.

“Due to the extreme cold weather, the wind and the area that we responded to it slowed down our response time.”

That house fire was well established when fire crews arrived. The flames were kept away from neighbouring homes. Those homes suffered some smoke and heat damage, but both can still be lived in.

No one was home when the fire started. The Red Cross was notified to help the family.

The incidents mark the first structural fires in Iqaluit for 2019.