Charging victims of violence sends message of “call us at your peril,” says Nunavut justice of the peace 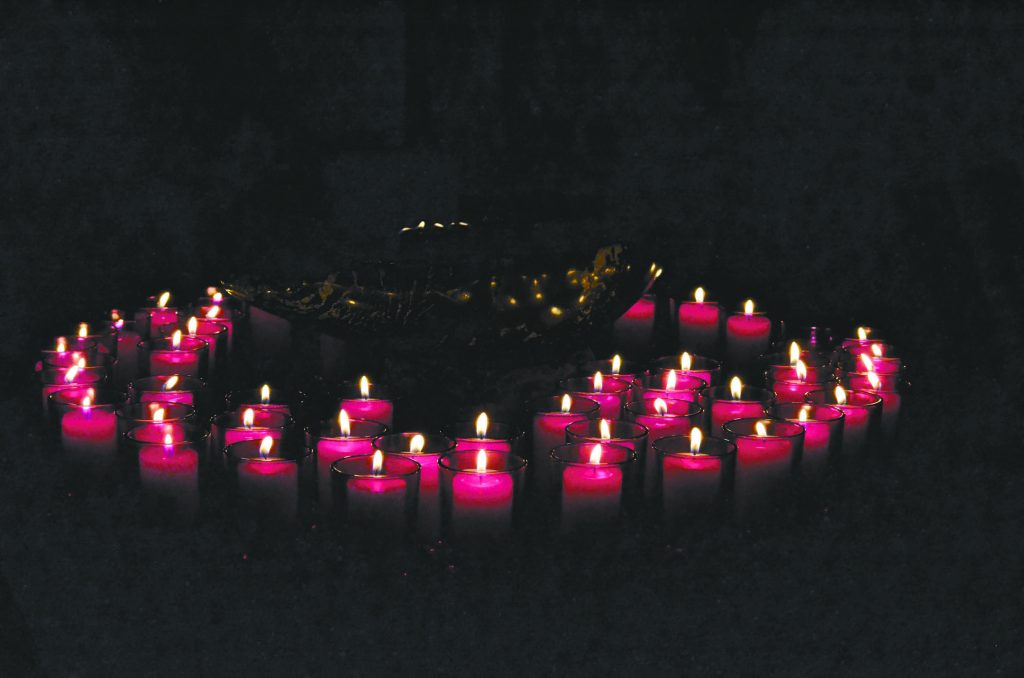 In a written decision released on Feb. 5, Nunavut justice of the peace Joseph Murdoch-Flowers wrote that police and prosecutors must be careful when charging women who have called the police because they have experienced violence. Here, family members of missing and murdered Inuit women and girls light candles at an Ottawa ceremony hosted by Pauktuutit in 2015. (File photo)

A Nunavut justice of the peace will not convict a woman for breaching her bail condition because she called the police while experiencing violence in her home.

In a written decision released on Feb. 5, justice of the peace Joseph Murdoch-Flowers said he found the case “troubling” for several reasons.

On Nov. 20, 2018, an Inuk woman was placed on bail conditions that included a condition not to drink, Murdoch-Flowers wrote.

To protect the woman’s identity, the written decision refers to her as “A.”

A then entered a guilty plea and on Dec. 19, 2019, in Iqaluit, Murdoch-Flowers found her guilty of failing to comply with her bail condition and sentenced her to an absolute discharge.

An absolute discharge means that although A was found guilty, no conviction will be registered and she will not be given any conditions to follow.

In his decision, Murdoch-Flowers said A’s case was very similar to another involving a woman, referred to as “K,” he had dealt with a year prior. In K’s case, she had also been charged for breaking her bail condition by drinking.

But K, a victim of assault, had been severely beaten and held in custody before appearing in court. In A’s case, she had been out on bail before the case came to court.

“These women, both victims of violence, called the police for help and ended up charged themselves,” Murdoch-Flowers wrote.

Murdoch-Flowers wrote that the purpose of his written judgment was “to provide more fulsome reasons” why both of A and K’s cases deserve “such judicial scrutiny.”

As with A, Murdoch-Flowers also found K guilty of breaking her bail condition and absolutely discharged her. He also cautioned her that his verdict did not mean she should fear calling the police in the future.

“You’re sitting here with your face black and blue, beaten. And I’m sorry that I have to say that, but I see that. And I have to say that, because this is being recorded and I want whoever hears this in the future to be able to see in their minds what I see from this seat.”

Growing up, A experienced violence at home, was abused and went through Nunavut’s foster care system, which the case’s defence lawyer noted is often described as “the new residential school.”

“Her life has been tragically touched by suicide in her family. She has difficult relationships within her family. It comes as no surprise that she turned to intoxicating substances to cope.… She has limited education. When she can, she contributes by working for local agencies serving the neediest people in our community,” Murdoch-Flowers wrote.

“In both cases, the big picture is simple—a woman is calling for help against domestic violence. Why charge her for violating her bail conditions by drinking?”

In his decision, Murdoch-Flowers took into consideration the Report of the National Inquiry Into Missing and Murdered Indigenous Women and Girls, along with the work of Pauktuutit Inuit Women of Canada, Qulliit Status of Women Council, the Native Women’s Association of Canada, the Truth and Reconciliation Commission, the Final Report of the Royal Commission on Aboriginal Peoples and the Supreme Court decisions R. v. Ipeelee and R. v. Gladue.

Murdoch-Flowers noted that in each case, the RCMP had responded to the women’s calls.

Citing the work of the Qikiqtani Truth Commission, Murdoch-Flowers also highlighted the complicated relationship between the RCMP and Inuit in Nunavut.

“All who administer justice in Nunavut must be aware that our uniforms cloak us in that history, whether they are suits in a courtroom, or yellow stripes on police uniforms. Our actions can work towards reconciliation, or against it. To advance the work of reconciliation, we must consider the complex and ongoing relationship between law enforcement, courts, and Indigenous peoples in this country and in this territory,” he wrote.

He also noted the recently released report from Pauktuutit that called for a fundamental shift in how policing is carried out in Inuit Nunangat.

Murdoch-Flowers wrote that by charging and prosecuting A and K, the police and Crown sent a message of “call us at your peril.”

“Such a no-tolerance approach serves only to dissuade victims, particularly A and K in these cases, from ever calling the RCMP for help. Such decision-making by the police and Crown is a failure to properly exercise the discretion which the law grants them to charge or not to charge. More importantly, it is a disservice to some of the most vulnerable people in our society—namely Inuit women who suffer from domestic violence. The police and Crown must cease this practice,” he wrote.

“Inuit women should never feel like they must hesitate to call the police for assistance in Nunavut.”

An earlier version of this story stated that Murdoch-Flowers noted that Nunavut’s foster care system is often described as the “the new residential school.” In fact, the case’s defence lawyer made that statement.