“We want to be the port service for the Kivalliq region” 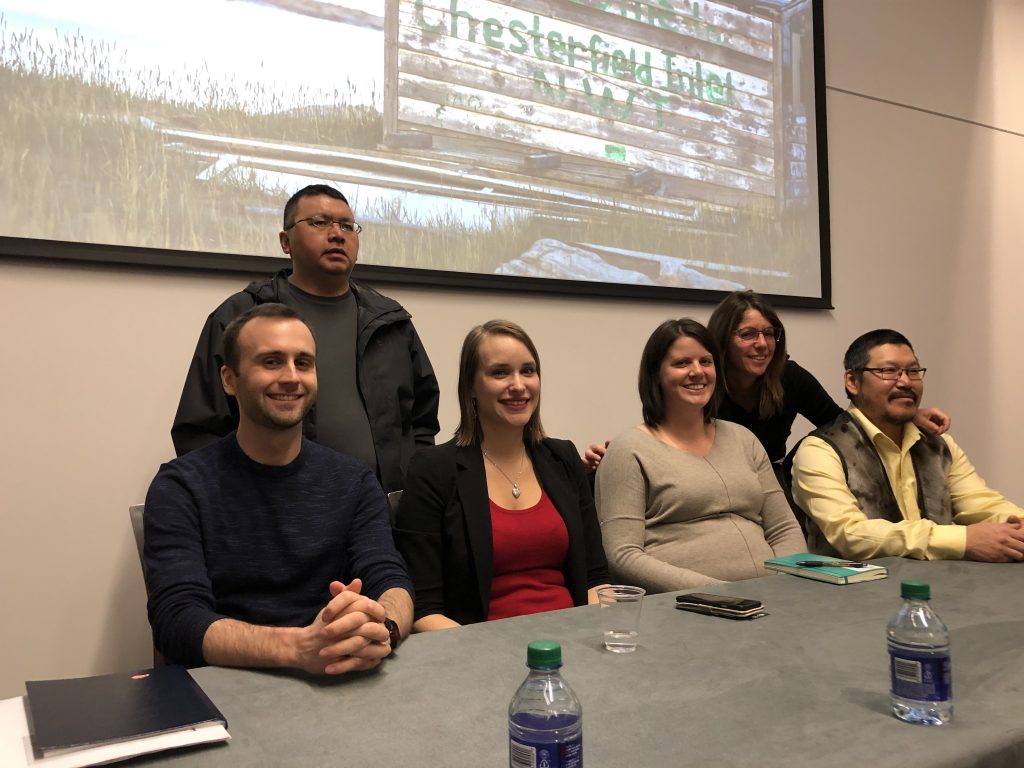 Chesterfield Inlet’s mayor is calling for a deep-sea port to be built near his community to reduce the effects of increased shipping through the inlet that serves Agnico Eagle’s Meadowbank mine.

“I think the solution is a deep-sea port for Chesterfield Inlet. We want to be the port service for the Kivalliq region,” Barnie Aggark said at a workshop at the Northern Lights conference in Ottawa on Thursday, Feb. 6, at which he spoke alongside university researchers and representatives of the World Wildlife Fund Canada who have worked with the community of Chesterfield Inlet.

He explained that his community is not opposed to the Meadowbank mine, but says that even when the mine was first being discussed close to a decade ago, people in Chesterfield Inlet were concerned that increased shipping would affect the marine mammals the community depends on for food.

Aggark said they are seeing those effects now.

“We’ve been facing an impact on our marine life for a few years now. It’s been more noticeable for the last couple of years. We haven’t seen any belugas or seals along the coast of Chesterfield Inlet, which is not normal.”

Fewer marine animals and fish close to the community means that hunters have to travel further at greater expense.

Health researcher Sarah Newell from the University of Ottawa, who was also on the panel, outlined how this affects the community, whereby less country food means not only less to eat but also disrupts the social fabric through hunters having little or no country food to share.

She added that research shows that when Indigenous people harvest and consume country food more frequently, the more they describe themselves as being healthy.

Aggark added that harvesting provides a way to reduce poverty in a community where there’s not a lot of employment.

The hamlet has worked with WWF-Canada to identify measures to reduce the effects of shipping, such as having restrictions on where ships can anchor and how long they can wait in a particular area, and developing capacity to respond to oil spills.

Aggark explained how ships will sit at anchor in front of the community for over a week at a time, waiting to transfer goods to the next, smaller, ship that will head up the inlet towards Baker Lake.

He added that there’s another transfer point between Chesterfield Inlet and Baker Lake.

According to Aggark, if Chesterfield Inlet had a deep-sea port, “they can come into the community and offload on the port and they could load [goods] onto the smaller ships that go all the way up to Baker Lake, so there’s no more transferring in between. They can transfer right there.”

Will a marine protected area help the community?

Aggark expressed concern that the Department of Oceans and Fisheries’ proposed marine protected area around Southampton Island, which was announced on Aug. 26, 2019, would not permit Chesterfield Inlet to develop a deep-sea port and a small-craft harbour and, as the HTO wants, expand into scallop fishing, given the presence of scallops on the seabed identified by mapping done by the Memorial University of Newfoundland and the Government of Nunavut’s Fisheries and Sealing division.

“What I understand it meant was that if they put the MPA in play the way they said they want, it would prevent us from developing.”

Martine Giangioppi of World Wildlife Fund Canada, who is one of the researchers who has worked with the hamlet of Chesterfield Inlet, added that the boundaries for the “area of interest” are still preliminary, and have to be agreed upon by a co-development group, consisting of the Kivalliq Inuit Association, the HTAs of Chesterfield Inlet and Coral Harbour, the DFO and the Canadian Wildlife Service.

At this point, said Aggark, the community is waiting to hear more from the DFO.

This story was updated to say that the mapping that identified the presence of scallops on the seabed was carried out by the Memorial University of Newfoundland and the Government of Nunavut’s Fisheries and Sealing division, as opposed to the Marine Institute and the Canadian Hydrographic Service.