Workers investigating cause of problem 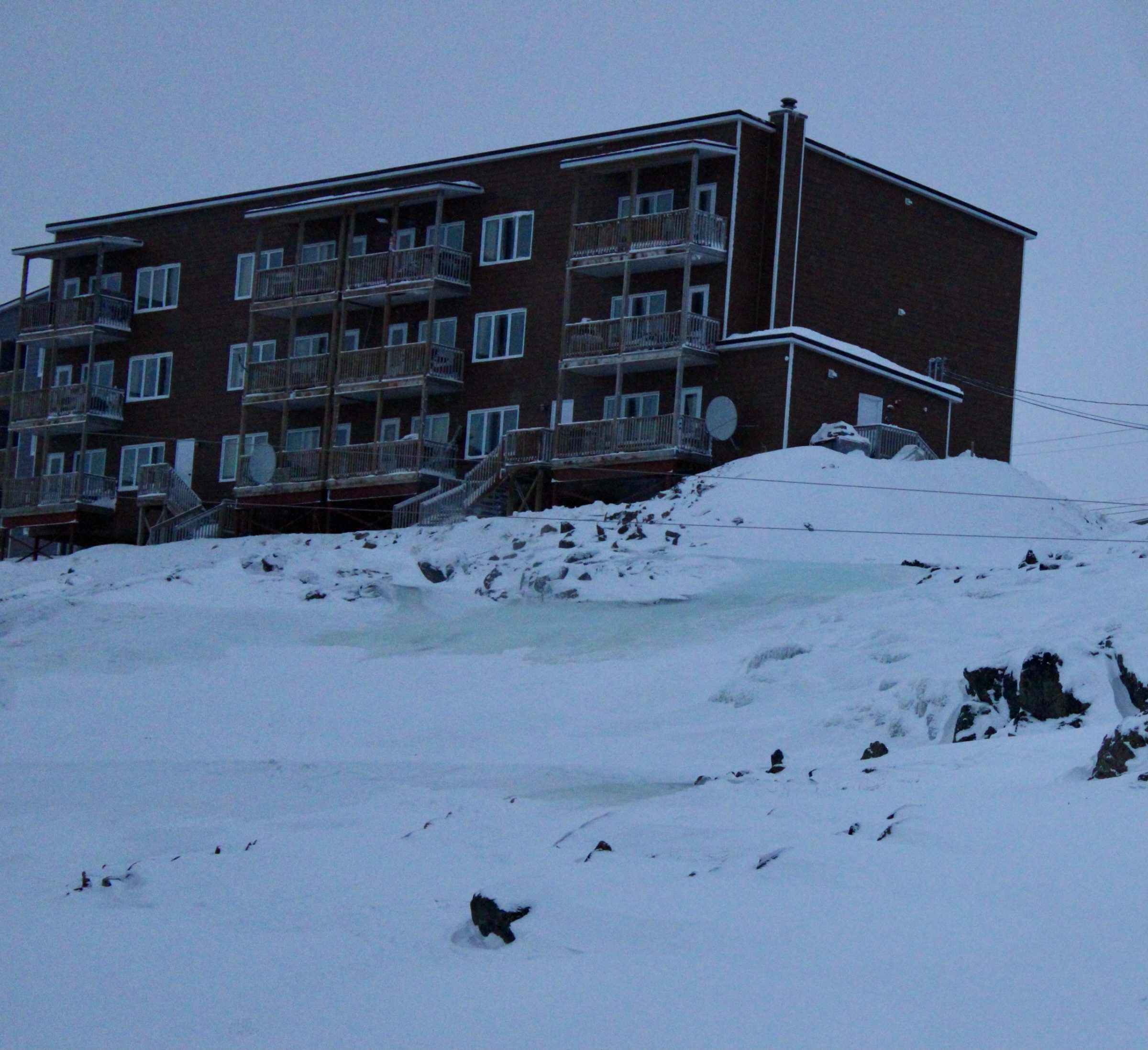 There is a buildup of icy water near House 5304 in the Lower Plateau area of Iqaluit. The city said it is investigating and did not find any broken or leaking pipes in the area. (Photo by David Lochead)

A buildup of frozen water near a house in Iqaluit’s Lower Plateau area is not believed to be caused by broken or leaking pipes, according to the City of Iqaluit.

City workers are investigating, said City of Iqaluit spokesperson Geoffrey Byrne, and so far he said workers believe the cause is groundwater.

The icy buildup is mostly located behind House 5304 in Lower Plateau and partially on a snowmobile trail near the Nunavut Justice Centre.

The city was notified of the problem on Monday.

“At this time, [the groundwater buildup] will not affect the city or the building near the exposed water,” Byrne said.

He said there is no timeline for when the water might be removed, since it’s believed to be coming up from the ground, and it hasn’t been determined yet how much is there.