Councillors approve $140,000 for contractors to put 12 inches of gravel on section of landfill 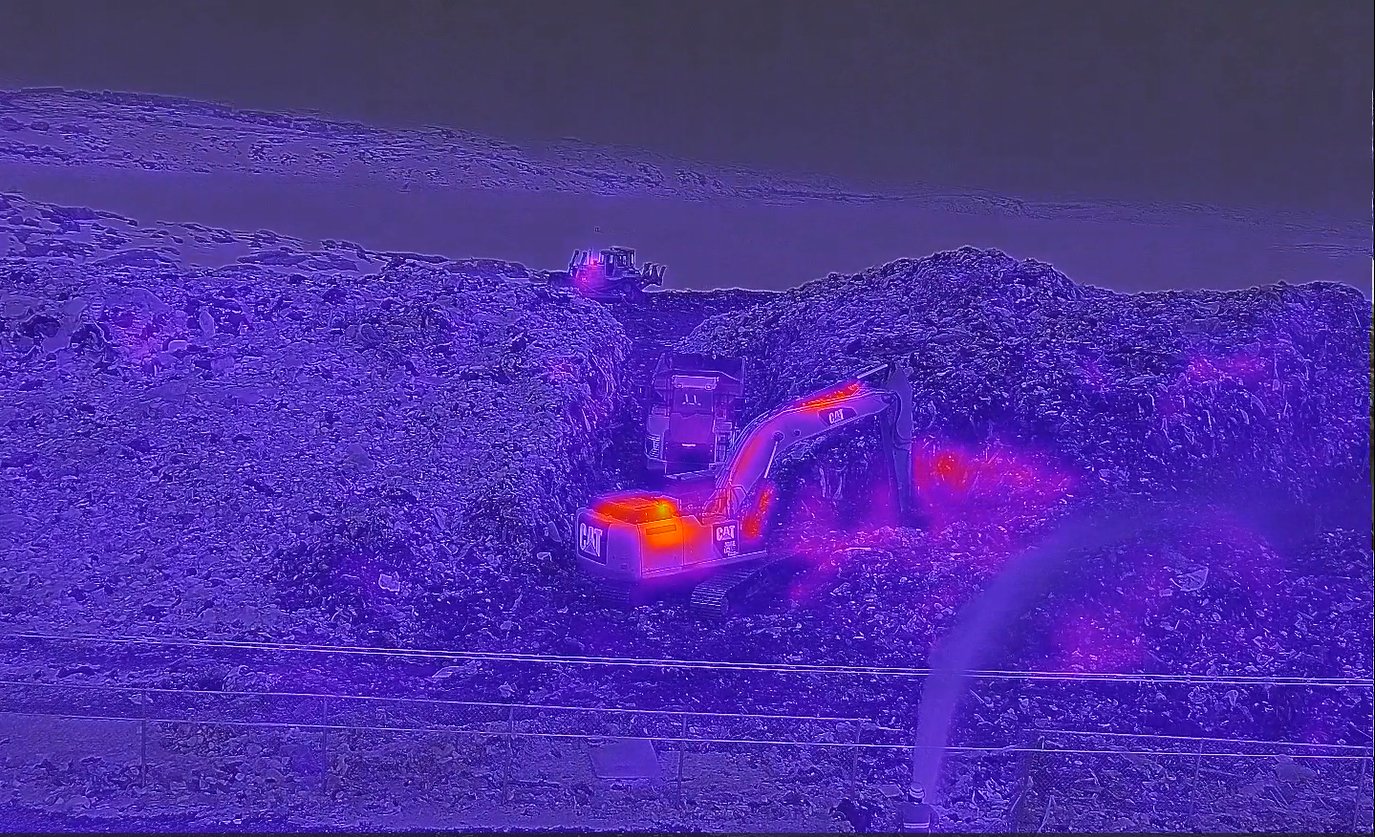 Thermal imagery taken by a drone shows crews working on a hot spot at the Iqaluit dump in May. (Photo courtesy of the City of Iqaluit)

The City of Iqaluit says it will put gravel on its dump to help prevent it from catching fire again.

On Tuesday night, city councillors approved $140,000 to contract a company called 5581 Nunavut Ltd. to put 12 inches of gravel on the West 40 landfill site.

The city’s dump caught fire April 6 and was extinguished after 10 hours. Later in the month, the dump was shut down again for over a week after a hotspot suspected to have originated from that fire flared up again and started to smoulder, according to city spokesman Geoff Byrne.

“All inspections completed by the City of Iqaluit, including drone thermography, indicate that there are no remaining hotspots,” he said in an email to Nunatsiaq News.

“The city continues to monitor the landfill site.”

Joe Brown, the city’s superintendent of general operations, said during this week’s council meeting that the gravel will not only help tame further potential flames, but it will also prevent litter from flying around the landfill site, which is also a fire risk.

“The main issue out there is to mitigate whatever fire risk that we have,” he said.

Coun. Kyle Sheppard asked Brown if there was any reason why the city couldn’t handle the work itself.

“Is there any reason we can’t just go out to our own land and haul gravel using our own equipment?” Sheppard asked.

Chief administrative officer Amy Elgersma said the city doesn’t currently have the equipment and licences needed to extract and crush its own gravel, but a review is taking place that could change that.

Elgersma also said an expert who came in to assess this spring’s hot spot recommended that gravel be used to mitigate the risk.