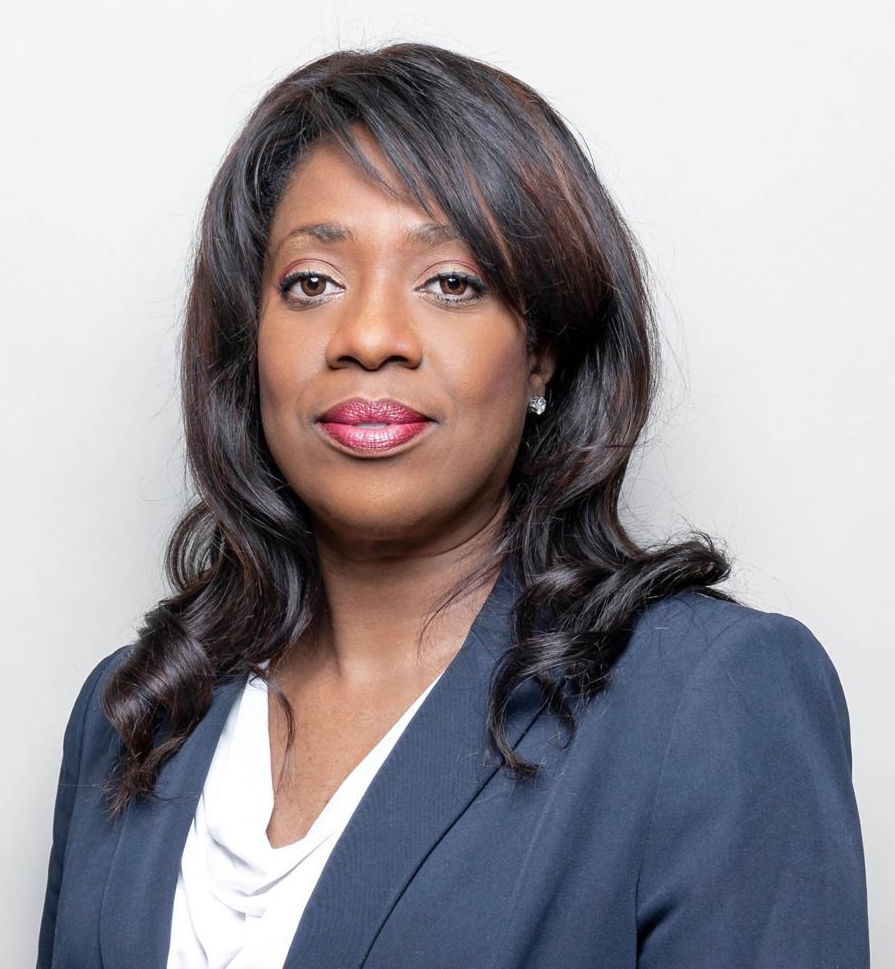 A former candidate for the leadership of the Conservative Party of Canada, Leslyn Lewis, said on social media that Patterk Netser should not have been removed from the Nunavut cabinet. (File photo)

A former candidate for the leadership of the Conservative Party of Canada, Leslyn Lewis, is declining to comment on social media posts she made earlier this week saying Aivilik MLA Patterk Netser should not be removed from the Nunavut cabinet.

“Patterk Netser was removed from Cabinet for asking a question to the BLM [Black Lives Matter] movement about the equal dignity and worth of preborn black lives. This should in no way be a fireable offence,” Lewis said on Facebook. 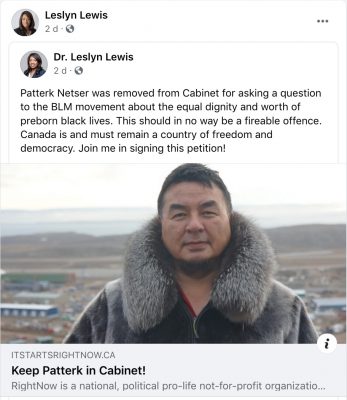 Lewis’s statement contains an error: Netser still sits in cabinet as a minister without portfolio, but lost his responsibilities for the Nunavut Housing Corp. and Nunavut Arctic College.

Nunavut Premier Joe Savikataaq removed those portfolios after Netser wrote a Facebook post criticizing the Black Lives Matter movement and alleging that Black women have too many abortions.

But only MLAs, not the premier, may remove a minister from cabinet. So his status could change next week if Nunavut MLAs vote to remove him from cabinet altogether.

Canadian abortion statistics do not record the race or ethnicity of women who have abortions, so there is no evidence that Black women in Canada seek abortions in disproportionate numbers.

In 2018, 85,189 abortions were performed in Canada and 100 in Nunavut, according to numbers gathered by the Canadian Institute for Health Information.

Netser’s daughter, Iqaluit city councillor Malaiya Lucassie, wrote a reply on Facebook saying she agreed with Netser’s thoughts, then resigned from council during the ensuing uproar.

But Lewis, who now seeks the Conservative nomination in the federal riding of Haldimand-Norfolk, declined to comment when contacted by Nunatsiaq News.

“Unfortunately, at this time we are going to decline the invite as we are solely focused on the nomination Dr. Lewis is running in the riding of Haldimand-Norfolk at this time,” said Bas Sluijmers, a member of her media team.

Right Now describes itself as a non-partisan organization with no religious affiliation that supports pro-life politicians from all political parties.

Netser is also a supporter of the federal Conservative party, and worked for six years as an executive assistant to the former Conservative MP for Nunavut, Leona Aglukkaq.

Lewis, 49, is a lawyer who holds multiple university degrees, including a PhD in law from Osgoode Hall. She was born in Jamaica but grew up in Toronto. Earlier this year, she became the first woman of colour to contest the leadership of the federal Conservative party.

Her campaign appealed to the socially conservative side of the CPC. To that end, she said she supported a ban on sex-selective abortions and more funding for organizations that counsel women against ending their pregnancies.

Lewis finished a strong third in that race, taking 30 per cent of second-ballot votes. Peter MacKay finished second and Durham MP Erin O’Toole won the leadership of the party.

“We in the Northern territories don’t appreciate an ‘Ottawa-knows-best’ approach and I strongly believe that Leslyn is the right leader to work with Northerners, and fight for what’s best for every part of our great country,” Bell said in a letter that Lewis posted on Twitter.

However, Bell condemned the controversial remarks of Malaiya Lucassie last week and supported the idea of asking her to resign from Iqaluit city council.