‘It makes everything a lot heavier and every little problem a lot worse,’ says Nooks Lindell 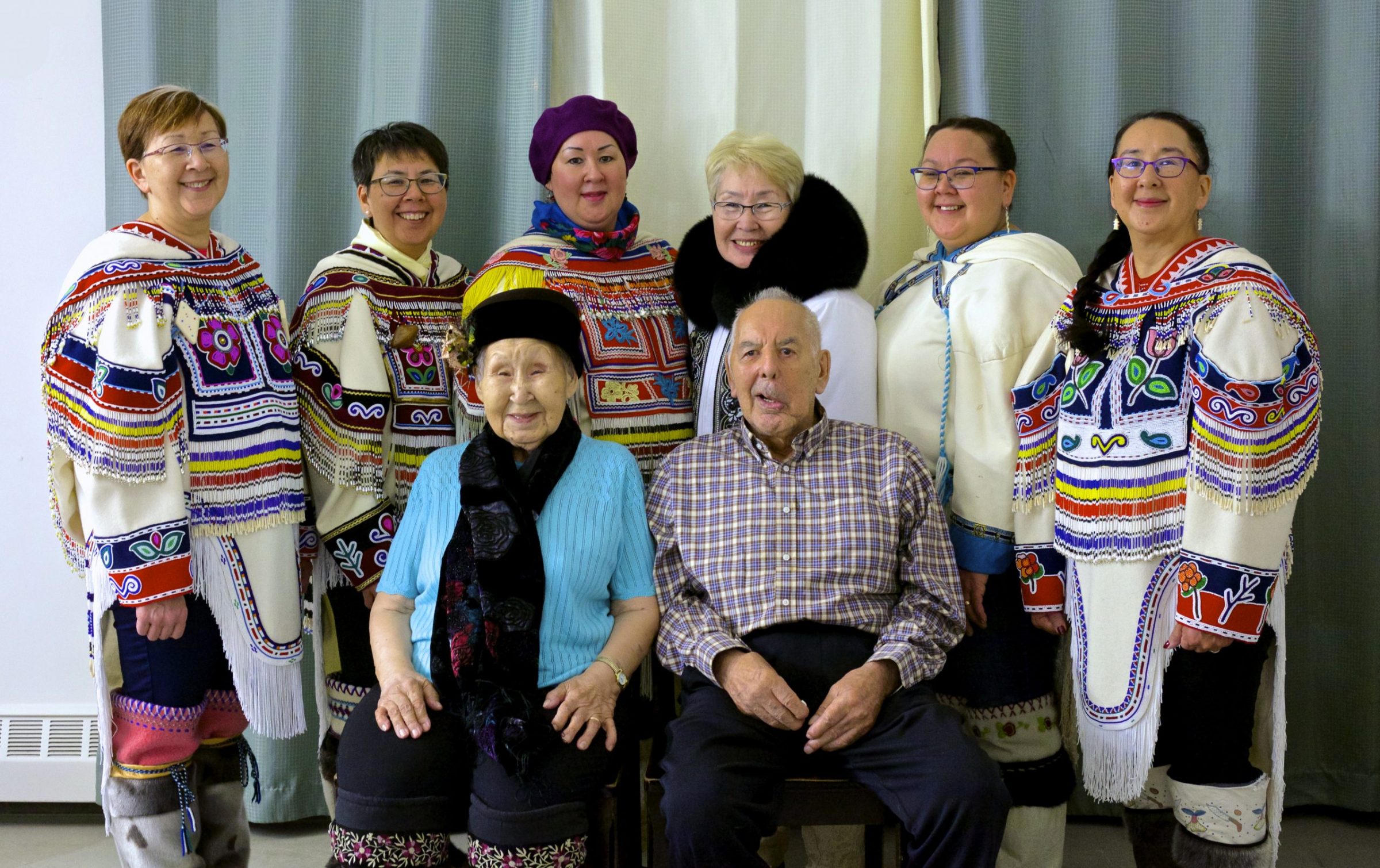 In happier days: Rhoda Akpaliapik Karetak and her late husband Johnny Karetak, who died in 2017 at 87, (front row) pose with their daughters. From left to right, Nellie Kusugak, Selma Eccles, Emily Tagoona, Charlotte St. John, Sally Kusugak Nancy Karetak-Lindell. An expert sewer and beader, Rhoda Akpaliapik Karetak made all the amautiit but Charlotte’s. (Photo by Hinaani, courtesy of the Karetak family) 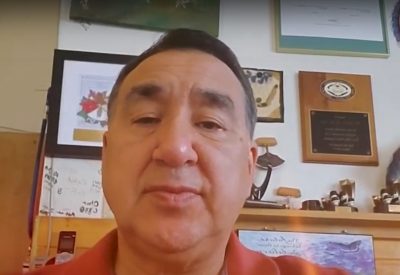 Joe Karetak says Arviat will remain open to easily spread infections like COVID-19 and tuberculosis as long as the housing crisis in the community continues. (File photo)

They didn’t get sick, but they have endured lonely separations and have suffered from depression and anxiety while their community struggled to overcome Nunavut’s largest outbreak.

While Arviat has 20 active COVID cases as of Thursday, the Government of Nunavut recently eased some public health restrictions in the community.

Recovery is ‘out of our control’

That’s because chronic overcrowding in Arviat households will continue to expose its roughly 3,000 residents to infection, he said.

“It’s out of our control,” said Joe, who works for the Aqqiumavvik Society wellness centre.

“We will always have problems with that kind of disease, whether it’s COVID or TB or something else that goes from one person to another.”

Over past four months, since COVID-19 hit Arviat, Joe Karetak and his siblings have worried about the health of their mother, Rhoda Akpaliapik Karetak, 87, a resident of Arviat’s eight-bed Andy Aulatjut elders home.

“Our mother did not get COVID-19, but became very depressed and mentally stressed, which affected her physical health,” said Joe’s sister, Nancy Karetak Lindell, a former MP for Nunavut, who now lives in Rankin Inlet.

“It has been such a mental struggle for all of us, knowing she is suffering from loneliness and from missing us in person.”

But Rhoda’s hands are no longer strong or steady enough to do artwork, Nancy said, and “her hearing has deteriorated so much, too, that she doesn’t watch TV anymore.”

Rhoda was nearby in Arviat but Joe couldn’t see his mother for weeks to due strict public health measures.

But then Joe said she started to tell him on the phone in an increasingly frail voice that “I am just going to go without seeing you,” and “I don’t think I can hang on much longer.”

“It would be very difficult to deal with, if we were to lose here without seeing her,” Joe said. “We avoided that. At this point we are just thankful.”

COVID-19 stresses out a young family 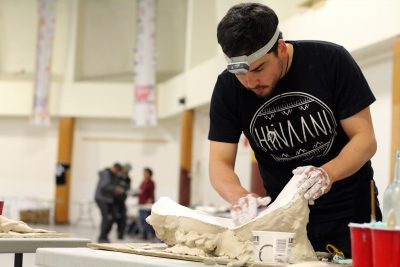 Nooks Lindell, Rhoda’s grandson and Nancy’s son, said one of the hardest parts of the pandemic is that he has seen his grandmother, who served as a cultural adviser to his design company, Hinaani, only once since last November.

“She really had a big influence on me and the kind of artist I am,” Lindell said from Winnipeg.

That’s where he and his partner are staying now so they can to adopt a baby from his cousin who is giving birth there.

But they’re in Winnipeg only after a “a lot of uncertainty” and much stress. Upon arrival, they had to spend two weeks in isolation.

Then, after the baby is born, they do it again. The family will have to head into an isolation hub for another two weeks before returning to Arviat with their new baby and five-year-old son.

They couldn’t leave their son behind in Arviat because under the state of emergency households were not supposed to mix.

“I don’t even know if we’ll be able to show the baby to our family and friends,” Lindell said.

“There are so many unknowns. It’s tough. It makes everything a lot heavier and every little problem a lot worse.”