Crew in Baker Lake starts to clean up gasoline spill 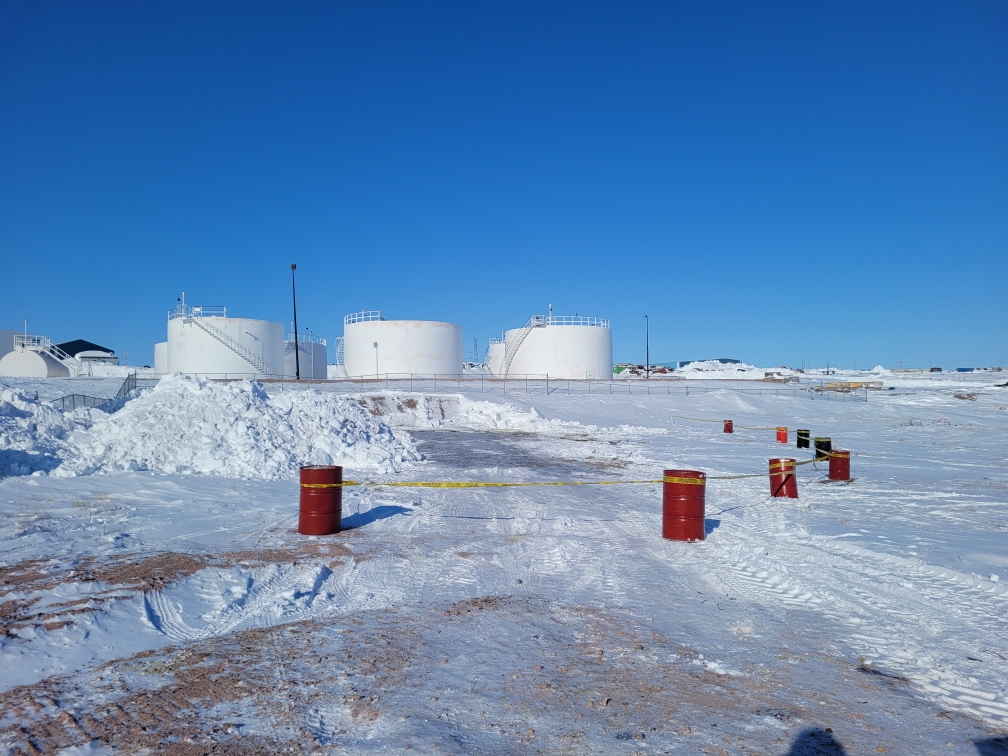 Yellow tape warns residents away from an area around the tank farm in Baker Lake where as much as 10,000 litres of gasoline spilled last month. (Photo courtesy of Nunavut’s petroleum products division)

A cleanup team is now at Baker Lake’s tank farm evaluating how to tackle a nearby gasoline spill.

The goal is to clean up an area south of the tank farm where ice and snow is contaminated, said Nathaniel Hutchinson, director of the territory’s petroleum products division.

The amount of fuel involved in the spill could be as high as 10,000 litres based on inventory figures, and it’s considered a “significant event” because of its location outside the tank farm’s berm, he said.

While most of the gasoline will evaporate, the residue contains some toxic additives, which the Government of Nunavut doesn’t want to see getting into Baker Lake’s water.

The spill was detected March 29, although a daily inspection had noted a broken intake valve spraying gasoline March 5 near a bulk tank, Hutchinson said.

The spill, located about 200 feet away, appears to be related to that smaller March 5 event, he said.

This took place after a pipeline was moved from one tank to another in order to transfer some fuel.

“It wasn’t vandalism. We’ve ruled that out,” Hutchinson said. “Based on initial evidence, it appears to be due to the shifting of the ice [under the valve].”

But Hutchinson said it’s still difficult to know how the gasoline migrated from that area to where it was discovered March 29.

As for the cleanup, Hutchinson said the option now under consideration is to construct a cell to contain all the contaminated snow and ice before it melts.

Residents have been asked to keep away from the area and yellow tape now outlines the perimeter, he said.