Residents asked to stay clear of 10,000 litres of gasoline spilled near tank farm 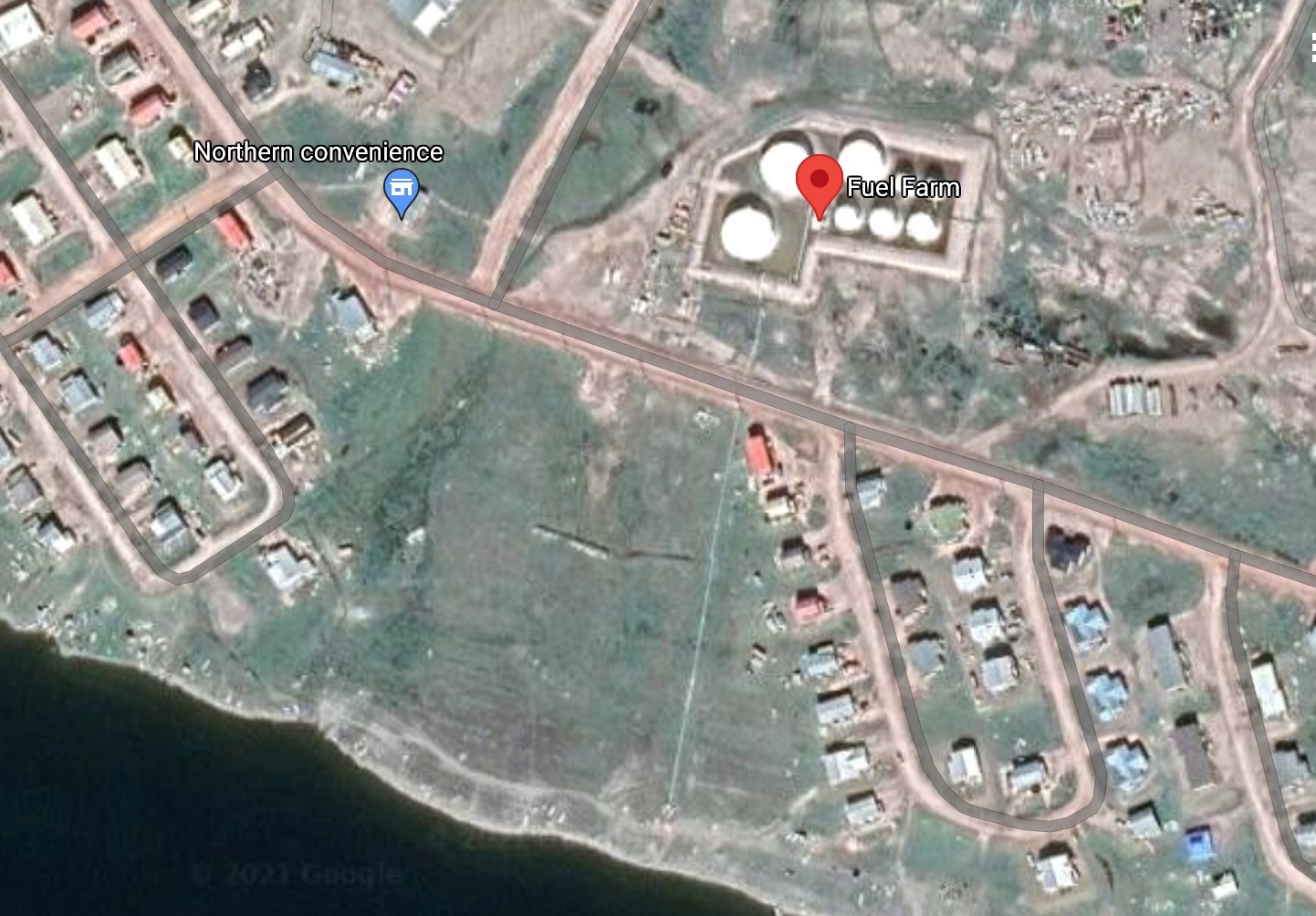 Nunavut’s Department of Community and Government Services is asking people in Baker Lake to steer clear of a fuel spill near the community’s tank farm. This satellite image shows how close the tank farm is to the lake where the community of about 2,100 gets its water supply. (Image courtesy of Google Maps)

The Nunavut government says that a fuel spill in Baker Lake threatens to contaminate the community’s fresh water supply.

“The Petroleum Products Division is working diligently and taking necessary measures to prevent this from occurring,” said a news release issued by the Department of Community and Government Services on Wednesday.

In the meantime, the department is asking Baker Lake residents to avoid the spill near the community’s tank farm, the area where the community’s annual fuel supply is stored.

A ruptured drain valve on a pipeline led to a leak of about 10,000 litres of gasoline, the news release states. That amount would be enough to fill the gas tanks of about 200 passenger vehicles.

That incident is believed to have taken place March 5, although the spill was not discovered until March 29, the release said.

“The investigation into how the fuel was released from the lined berm still ongoing,” the news release states.

CGS said efforts to contain and treat contaminated snow and ice are slated to begin soon.

“Our environmental response team is expected to arrive in the community this weekend,” said Nathaniel Hutchinson, Director of the territory’s Petroleum Products Division in an email to Nunatsiaq News.

A previous version of this story incorrectly stated the amount of gasoline spilled.