“We know it’s there and we’re doing our best to deal with it,” premier says 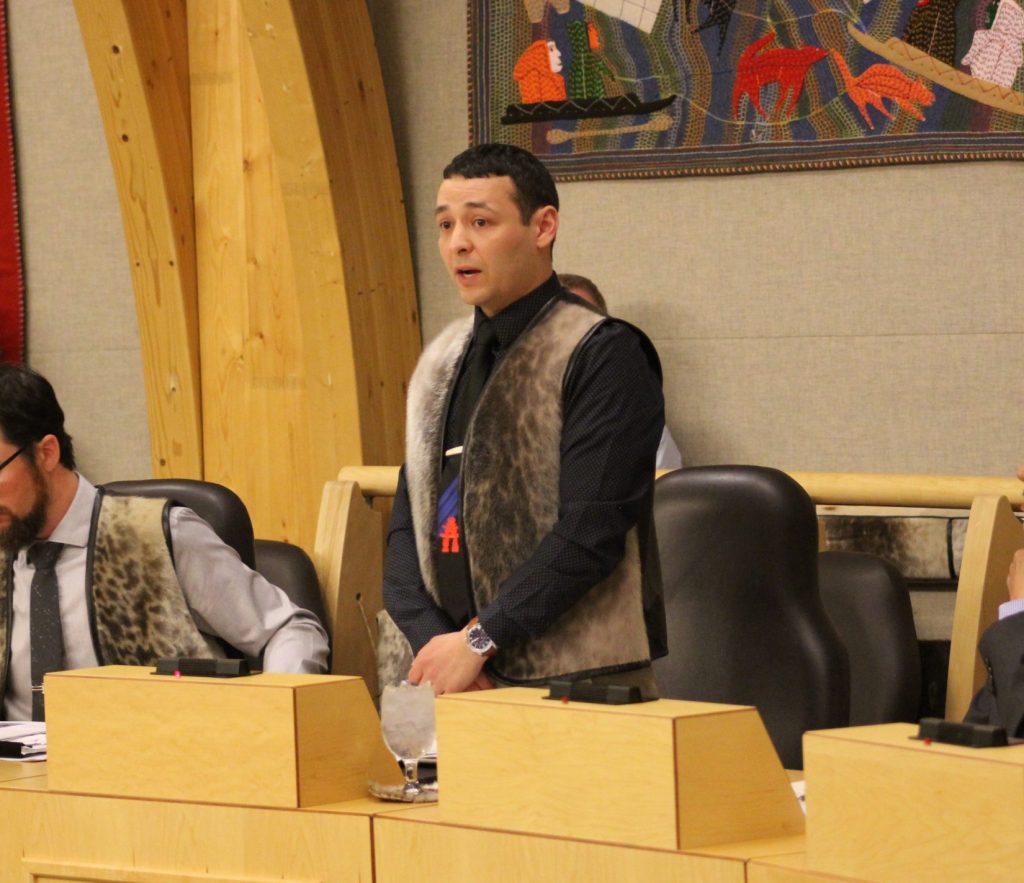 Iqaluit-Manirajak MLA Adam Lightstone is calling on Nunavut’s premier to take a stand on the high rates of child sexual abuse in the territory. (Photo by John Thompson)

Nunavut’s premier should do more to address the high rates of child sexual abuse in the territory, says Iqaluit-Manirajak MLA Adam Lightstone.

“Healing starts with naming it, calling it out, and saying it loud and clear that it is wrong, and that must start here in our assembly,” Lightstone said on June 6, during the recent spring sitting of the legislature.

“I would like to ask why our government has not publicly recognized and addressed the rampant and widespread rates of child sexual abuse in Nunavut.”

“I’m not sure what the solution is. We know it’s there and we’re doing our best to deal with it. I don’t have an answer for the member in terms of exactly what to do to stop it,” Savikataaq said.

“As a premier, I’m not personally involved in that. The departments are there to do their job and we support them, but as a government, I can tell the member that there should be no child sexual abuse in Nunavut. There shouldn’t be. It’s unacceptable, but sadly it’s a fact that there is.”

The government needs to take a stand on the issue, Lightstone said, although putting an end to child sexual abuse is a challenge greater than one individual.

“It’s going to take every organization, every department, every individual, and every community to band together to say enough is enough,” he said.

Lightstone also asked Savikataaq if he considered the high rates of child sexual abuse in the territory to be a crisis.

“The word ‘crisis’ could be interpreted many different ways, but just by the bare facts that we have the highest sexual abuse in Canada, as the member stated, it is a serious problem,” Savikataaq said.

“I think I can speak for everyone in this room that we all condemn it. It should never happen,” he added.

Lightstone also brought the issue to the legislature this past February, when he cited a report by the Arctic Children and Youth Foundation that says Nunavut children experience rates of abuse 10 times higher than the national average.

As well, Lightstone submitted 19 written questions about the topic during the winter sitting. He received the responses on May 23, which showed that 13 cases of sexual assault and 33 cases of sexual violations against children under the age of 12 in Nunavut were reported in 2017.

Lightstone told Nunatsiaq News he is “glad to know the premier is taking this situation seriously,” but he can’t say he is overly satisfied with the premier’s response to his questions.

“My only wish is that the government and the executive will stand in the assembly and address the situation with the concern that it deserves,” he said.

Lightstone said that by declaring Nunavut’s high rates of child sexual abuse a crisis, the Nunavut government would be able to take the steps necessary to create an interdepartmental strategy to combat the situation.

“It takes a lot out of you to bring this up,” Lightstone said. “But I do hope people will continue to push the ‘Me Too’ movement and our communities will stand together and say enough is enough.

“We need to do this in order to protect our children.”