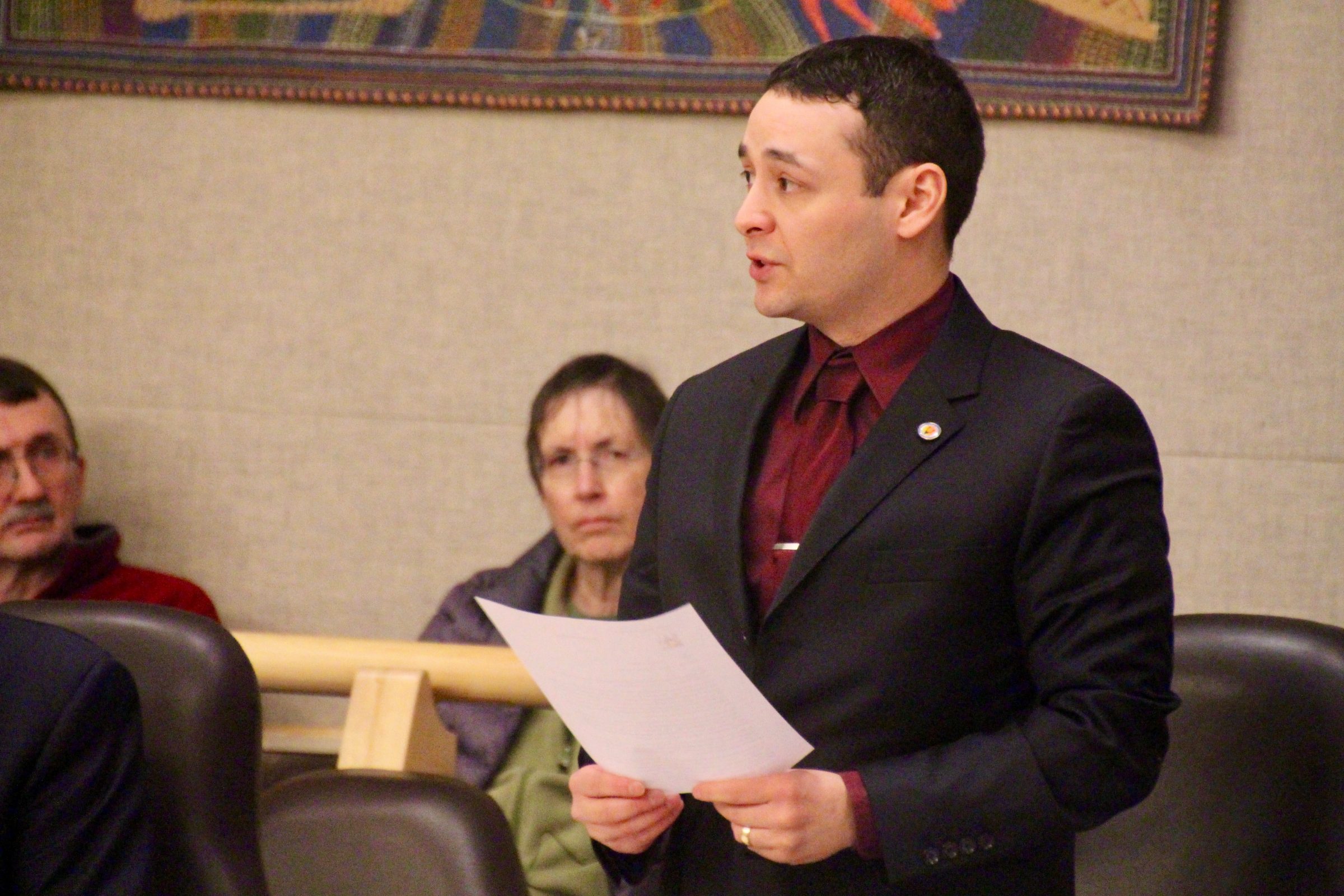 Rates of child sex abuse abuse are 10 times higher in Nunavut than in the rest of Canada, but it doesn’t look like much is being done about it, Iqaluit- Manirajak MLA Adam Arreak-Lightstone said Feb. 19 in the Nunavut legislature. (File photo)

Iqaluit-Manirajak MLA Adam Arreak Lightstone is demanding that the Government of Nunavut do more to address rampant sexual violence inflicted on children in Nunavut.

“I’m going to raise an ugly topic that people do not like to address—it’s the issue of child abuse in Nunavut,” Lightstone said in the Nunavut legislature on Tuesday, Feb. 19, during a member’s statement on the first day of the three-week winter sitting.

Citing a report by the Arctic Children and Youth Foundation, Lightstone said that Nunavut children experience rates of abuse 10 times higher than the national average.

There are almost 500 registered sexual predators in Nunavut, Lightstone said, quoting figure the Department of Justice had given him.

“We always hear about it in the media … and yet it appears that nothing is being done to address it,” he said.

“I call on this government to create a campaign to raise awareness for frontline workers, as well as parents and children. We need to train our teachers and our nurses how to identify symptoms and flags of child abuse.”

“These children making allegations of child sex abuse have to take part in court proceedings and that can be traumatic for them,” said Lightstone, adding that often, children are forced to relive trauma when they are re-interviewed about their experience with abuse.

Lightstone asked Justice Minister Jeannie Ehaloak if she sees any trends in how allegations of child sex abuse are investigated in Nunavut.

And he asked if Nunavut prosecutors struggle—as other jurisdictions have—to win guilty verdicts in cases where child sex abuse is alleged.

“Do prosecutors in Nunavut face similar difficulties, and what are they?” Lightstone asked.

Ehaloak said she didn’t know, but she said she would find out if Nunavut judges and lawyers do face challenges when it comes to prosecuting child sex abuse allegations.

Support for children who are victimized comes through community justice workers, Family Services staff and the RCMP, she said.

“There are services available in our community for those children who need assistance to carry on with their daily lives, to not walk the streets in fear of being revictimized,” Ehaloak said.

Lightstone’s statement comes in the wake of other media reports that a fugitive oblate priest charged with abusing Nunavut children is no longer under warrant for arrest.

The statement also follows the spring sentencing of former Sanikiluaq teacher Johnny Meeko to eight years in prison for child sexual abuse he did over a 35-year period, and the exposure of Igloolik businessman Ike Haulli as a child sex predator, following an order that he pay $1.22 million to four victims.

In the fall, Canada’s national Inuit organization pledged to take action against the sexual abuse of Inuit children.

Lightstone praised those efforts by Inuit Tapiriit Kanatami president Natan Obed and said that the Government of Nunavut and other Inuit organizations should also commit to reducing sexual violence faced by Nunavut children.

“It is imperative to talk openly about child sex abuse in our communities,” Lightstone said. “I call on the government to address the issue and to protect vulnerable children.”

Lightstone also tabled 19 written questions for the Department of Justice and read them into the record.

The questions also ask whether registered sex offenders are required to notify the GN if they change their address, or their name, or if they travel out of their communities.

The government usually replies to written questions with detailed written documents that are tabled in the house, usually at a later sitting.