Health officials are still encouraging Nunavimmiut to get 1st dose 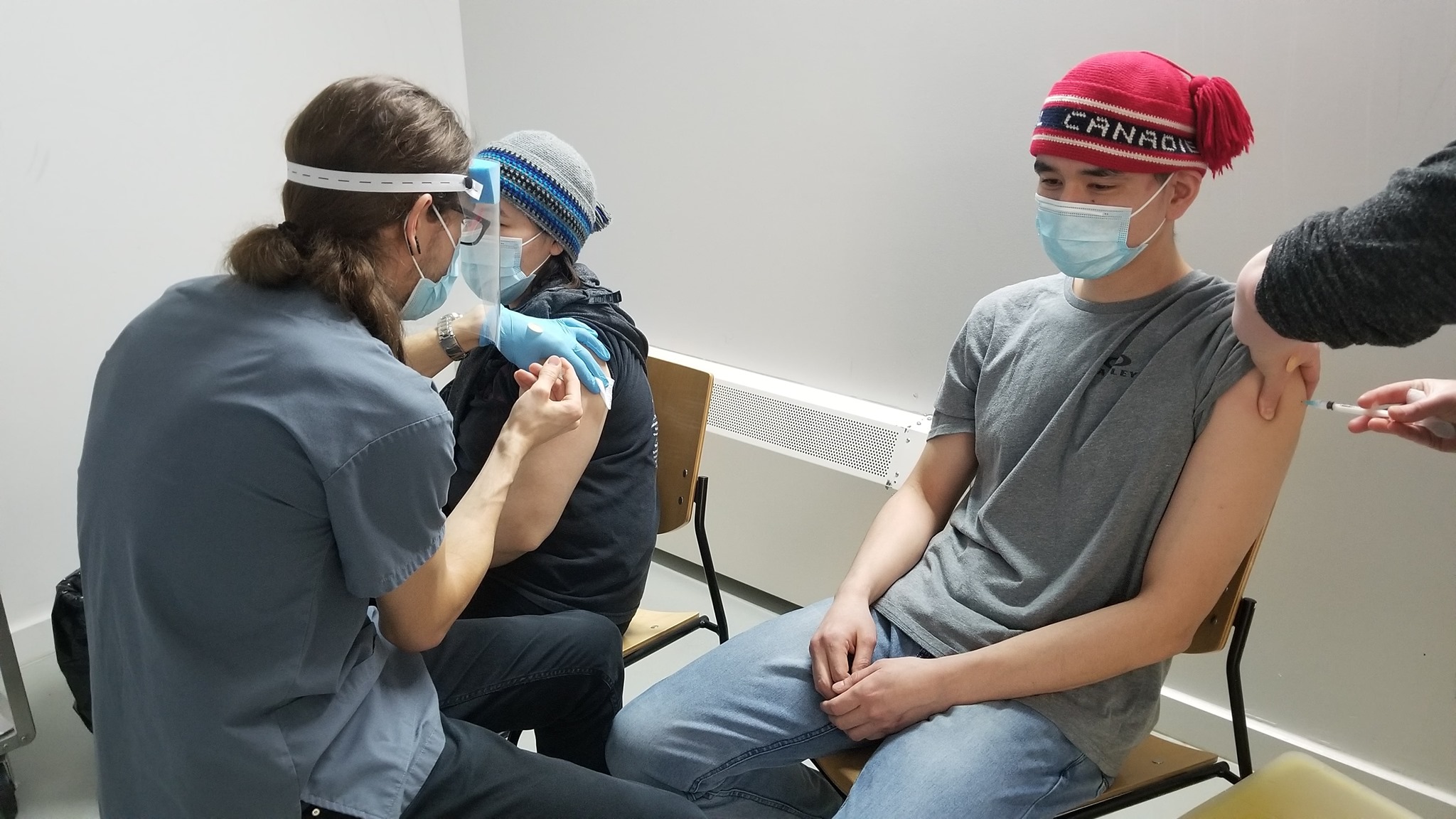 Residents of Ivujivik await their vaccinations during a February clinic in the Nunavik community. (Photo courtesy of NRBHSS)

Nunavik will see a delay in its next shipment of Moderna vaccines, but the regional health board said it’s not expected to impact the roll-out of second doses.

The region’s latest shipment of 6,400 vaccines was scheduled to arrive in Nunavik last weekend, but the Quebec government says those vaccines have yet to arrive in Canada.

In the meantime, the Nunavik Regional Board of Health and Social Services went ahead to open a clinic in Kuujjuaraapik, where staff immunized more than 100 community members on Tuesday with leftover vaccines.

Across the region, this second round of vaccinations “won’t be delayed significantly,” the health board said in a Wednesday email to Nunatsiaq News, noting the shipment is now expected on Apr. 10.

Roughly half of Nunavik adults, about 5,000 people, have been immunized so far.

The health board did a targeted vaccination campaign for high-risk groups in mid-January, and then ran mass immunization clinics in Nunavik’s 14 communities through the month of February.

Following the Quebec government’s directive, a second dose of the Moderna vaccine can be administered for Nunavimmiut up to four months after the first dose.

Nunavik’s public health director, Dr. Marie Rochette, said every adult in the region has now been offered a first dose, and those who aren’t yet vaccinated still have the opportunity during the second round of clinics.

Uptake has varied greatly from one community to the next, from as high as 65 per cent coverage in Kangiqsualujjuaq to about 30 per cent in seven other communities.

The health board said it didn’t publish the vaccination rates to stigmatize communities, but rather to encourage feedback.

“Vaccination is the solution for returning to a more normal way of life and seeing some measures like quarantine lifted,” the board said in a March 28 news release.

“Seventy-five per cent vaccination coverage, as suggested by the government, must be reached in each community for this to happen.”

To achieve that, the health board intends to ramp up its communication about vaccine safety as well as host longer clinics to give ample time for people to come in to get their shot.

In Kangirsuk, where just 29 per cent of the adult population has received a first dose, mayor Noah Eetook said residents aren’t hesitant due to health concerns about the vaccine, nor is it an issue of access.

He said the potential threats that COVID-19 could create just haven’t been felt in the Ungava Bay community, which hasn’t seen a single case of the virus.

Eetook, who has received his first dose, said that health authorities have reached out to the community through the local radio; the health board hosted a call-in show earlier this winter before it opened its first vaccination clinic in Kangirsuk.

“Everybody knows about it, but they don’t want to go,” he said. “They think, there’s been no COVID-19 here, so I don’t need it. 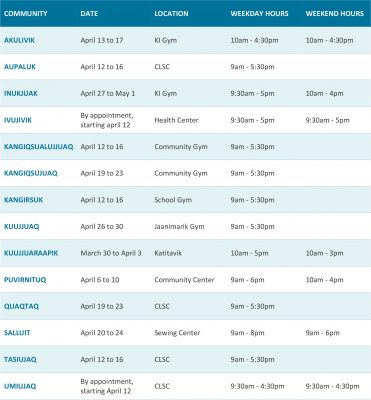 Nunavik’s health board has published a schedule for its next round of vaccinations.