Credit-rating agency projects $100 million deficit this year, but says not to worry 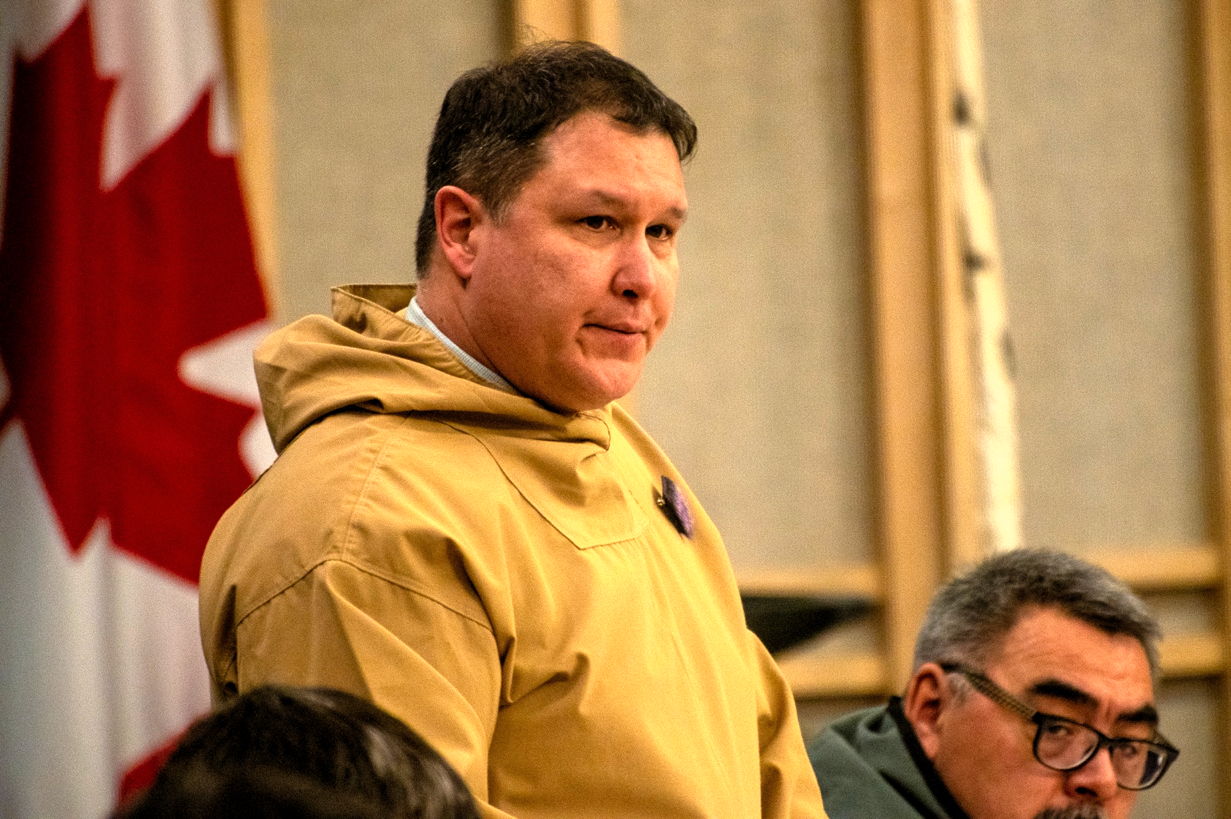 Finance Minister George Hickes says Nunavut is continuing to keep its financial house in order. That’s because DBRS Morningstar, a global credit agency, has given the Government of Nunavut an AA credit rating and estimates a deficit of about $100 million by the end of this fiscal year. (File photo)

Nunavut residents can rest assured: despite COVID-19, their territorial government’s finances are strong.

That’s the opinion of DBRS Morningstar, a global credit-rating agency that gave the Government of Nunavut an AA credit rating this month, with what it calls a “stable” trend.

“Budgetary results are expected to remain manageable and the debt burden low,” the agency said.

A score of AA is the second-highest that DBRS Morningstar awards. It’s equal to what the agency gave Saskatchewan, and better than the A score it gave Nova Scotia, Manitoba, Prince Edward Island and Newfoundland-Labrador.

Credit agencies do independent evaluations of governments and large businesses to assess how well they’re able to pay their debts.

Nunavut’s relatively high score means the GN manages its finances well. This makes it easier for the GN to borrow money at lower interest rates. That, in turn, frees up more cash for government services.

DBRS Morningstar says the Nunavut government got its high rating for two reasons.

First, most of its budget is covered by transfers from Ottawa, and the pandemic won’t change that. Second, the GN has received “extraordinary” support from the federal government to get through the pandemic.

“As a result, a dramatic increase in debt is not anticipated,” the agency said in a release.

The same applies to year-over-year deficits.

In February 2020, just before COVID-19 ravaged the country, Finance Minister George Hickes estimated in his 2020-21 budget presentation a deficit of $30.4 million in a budget of $2.3 billion.

Hickes told MLAs earlier this month he now expects the GN will post the biggest deficit in its history by the end of the fiscal year — which DRBS Morningstar estimates will amount to about $100 million.

That will occur because the GN will get less money from its own sources, such as income taxes and various fees, and will spend more on pandemic-related needs.

But that will be offset by all the pandemic relief money Nunavut expects to get from Ottawa.

So all things considered, Nunavut will do well, the agency said.

“While public health measures are having a widespread impact on Nunavummiut and the local economy, Nunavut’s public finances are expected to benefit from the high reliance on federal transfers and extraordinary pandemic support,” DRBS Morningstar said.

And even at $100 million, Nunavut’s deficit will be tiny this year. The agency says it will amount to only about 2.5 per cent of the territory’s gross domestic product, or GDP.

(GDP means the total value of all services and goods produced in the territory within a given year. In comparison, the federal government’s deficit is expected to reach 49 per cent of national GDP this year.)

And it’s well below the $750-million borrowing limit the federal government has imposed on Nunavut, which Ottawa recently increased from its previous limit of $650 million.

The GN doesn’t use that debt for operating expenses. It’s used instead for long-term capital projects, like the Qulliq Energy Corp.’s fleet of power stations, as well as social housing.

For his part, Hickes said in his own statement on Nov. 26 that Nunavut will continue to try to manage its finances well.

“I welcome DBRS’s assessment that Nunavut continues to keep its financial house in good order, despite fiscal challenges and the on-going global COVID-19 pandemic,” Hickes said.