Tyler Hikoalok found guilty of first-degree murder in 2018 killing of Salm, 59, in Ottawa 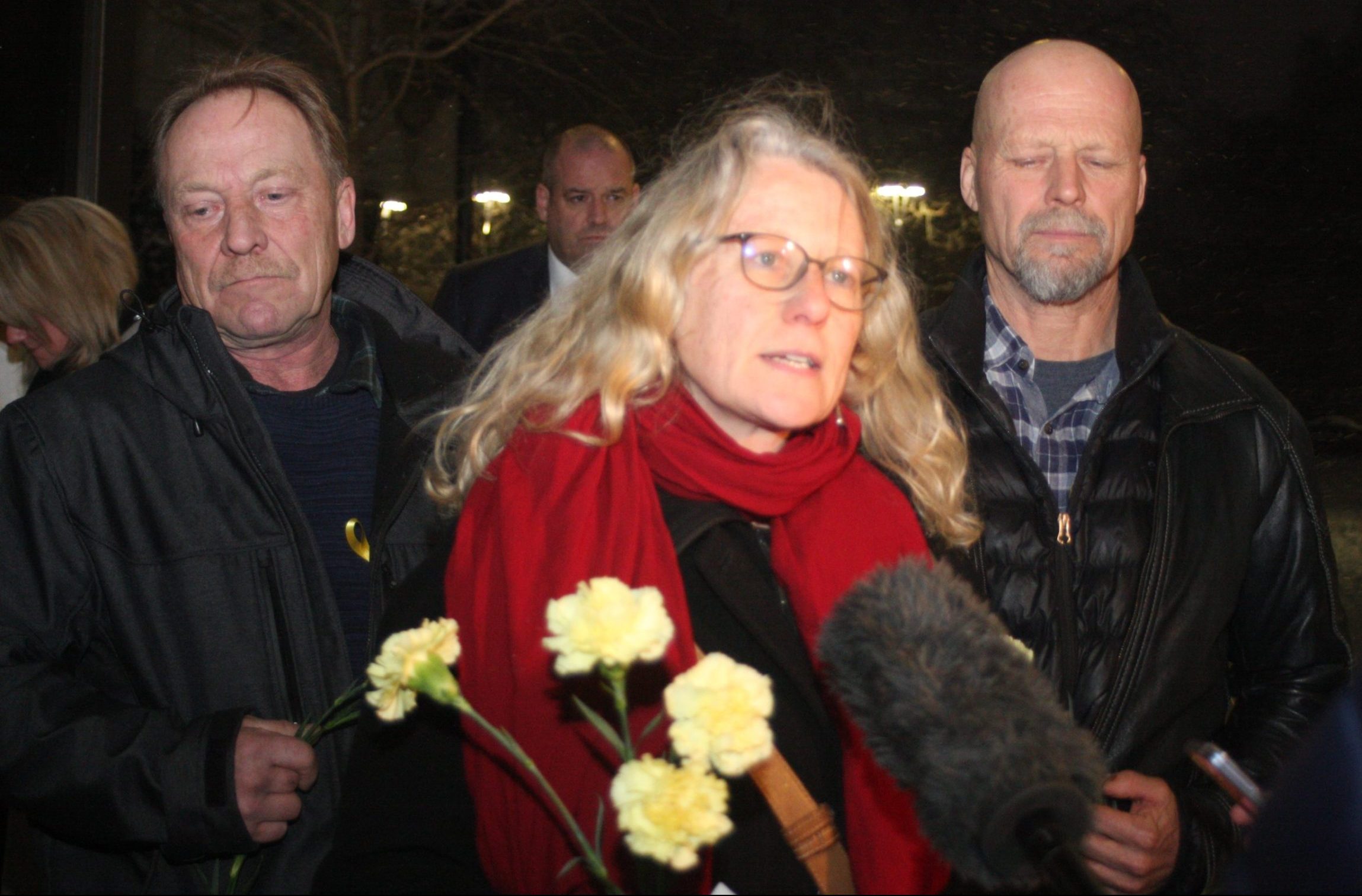 Mundie Salm, centre, the sister of Elisabeth Salm speaks to reporters outside the Ottawa courthouse on Sunday, following the conviction of Nunavut man Tyler Hikoalok on a first-degree murder charge in Elisabeth’s 2018 death. Her brothers Floris Salm, left, and Roland Salm, stand behind her. Family members brought yellow carnations to the courthouse as a tribute to their sister’s happy, sunny disposition. (Photo by Corey Larocque)

There were tears and audible sighs of relief in Room 34 at the Ottawa courthouse Sunday as the family of Elisabeth Salm learned the man accused of killing her had been found guilty of first-degree murder.

Tyler Hikoalok, 22, of Cambridge Bay received an automatic sentence of life in prison with no chance of parole for 25 years for the violent sexual assault and murder of Salm, a 59-year-old volunteer librarian. 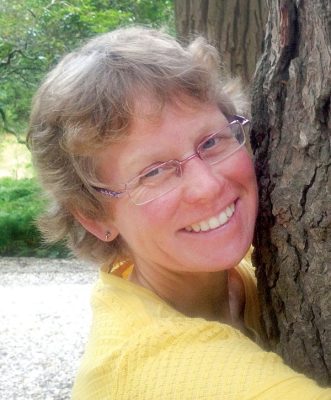 The family of Elisabeth Salm said they are relieved after Tyler Hikoalok, 22, was convicted of first-degree murder on Sunday in the 2018 death of Salm, 59. Salm’s family remembered her as “courageous” and “the kindest” human being in their emotional victim impact statements. (Photo courtesy of Lyle Young)

Salm was attacked May 24, 2018, in Ottawa as she worked alone in the library of the Christian Science Reading Room, just metres from the Ottawa courthouse where the six-week trial took place.

The verdict came in at 3 p.m. Sunday. The 12-member jury had deliberated for two days.

Hikoalok, his hair pulled back and wearing his red sweatshirt he usually wore during the trial, stood still and hung his head while the verdict was read.

Moments later, a dozen of Salm’s family members and friends stood, hugging each other in the courtroom, wiping away tears of relief. Many had attended the courthouse every day of the trial, and the ones who couldn’t be there followed on Zoom.

“It bolts me awake at night that she didn’t have a peaceful transition to the beyond,” he said, remembering his sister as the “reliable rock with an inner resolve” who helped keep their family together after their father died in a car accident in 1975.

Brother Floris Salm remembered his sister as the “kindest, most caring human being.”

He and the rest of his family wore yellow ribbons and carried yellow carnations in remembrance of her.

“These flowers represent the sunshine that she brought,” he said.

Salm’s younger sister, Mundie Salm, travelled from her home in the Netherlands to be in the courtroom for the verdict.

She shared that she was born on Elisabeth Salm’s eighth birthday, and the sisters shared a close bond.

“She found beauty all around her,” she said, remembering her sister’s gentleness and keen interest in nature and the environment.

“You removed a bright light from our constellation,” Mundie said directly to Hikoalok.

Mundie Salm said she was in the Netherlands on May 24, 2018, when she saw a news article online that a woman had been attacked at the Christian Science Reading Room. Immediately alarmed, she called Salm but got no answer.

Soon, she learned her sister was, in fact, the woman who had been attacked, and that she was in the hospital.

Mundie Salm described the overwhelming emotion she felt when she landed in Ottawa on May 25 after booking a last-minute flight, only to find out her sister had already died.

Once the trial got underway in September, after years of delays, Mundie Salm watched it on Zoom from overseas every day after work.

She would often go to bed having just heard the excruciating details of what happened to her sister the day she was attacked.

“I felt a deep anguish at not being there for her,” said Salm’s other sister, Luc-Anne Salm, who had been with Elisabeth only two days before the attack at a local environmental event.

“We were very different individuals,” she smiled as she read, “but Elisabeth had my back completely.”

Then Young, Salm’s husband of 28 years and the first witness to testify at the trial, spoke of his wife’s enduring impact on him and their family.

Though the sexual attack on her affected him in profound ways, he said, he was steadfast in honouring the kind woman she was in life.

“I think of her selflessness, generosity, love, intelligence and goodness,” he said. 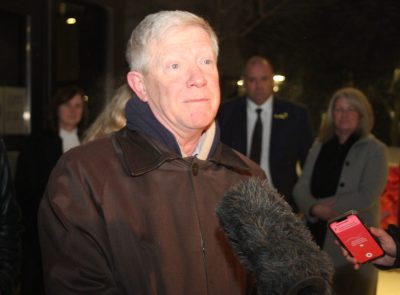 Lyle Young, the husband of murder victim Elisabeth Salm, listens to a reporter’s question outside the Ottawa courthouse following the conviction of Tyler Hikoalok of first-degree murder on Dec. 11, 2022. (Photo by Corey Larocque)

Salm and Young were Christian Scientists, devoted to their faith and community.

Earlier in the trial, Young shared that his wife sang in the church choir, taught Sunday school and volunteered much of her time to local causes like environmental activism and municipal elections.

Young spoke about the strength he finds through religion and how it helped carry him through his wife’s death.

“I’ve never felt anything but compassion” throughout the trial, he said. “I seem to be incapable of feeling bitterness or hate.”

“Elisabeth would have never expected me to be impacted by evil,” he said.

“I’m trying to stay true to what she would have expected of me.”

Throughout, Hikoalok sat in the prisoner’s box wiping away tears and shaking his head at times.

Then Judge Anne London-Weinstein gave Hikoalok a chance to speak.

“You did something so evil to someone so good,” London-Weinstein told Hikoalok, “but given how young you are, I hope [this sentence] gives you time to heal.”

Later outside the courtroom, Mundie Salm reflected on what she heard.

“I’m glad that he said sorry. He hasn’t said that before,” she said.

Despite feeling relieved the trial is over and that the man responsible for Salm’s murder was convicted, the verdict brought up complicated emotions for her family.

Hikoalok is an Inuk from Cambridge Bay. He was 18 years old and homeless when he killed Salm in 2018.

Mundie Salm said her sister believed in reconciliation and justice for Indigenous Peoples and had worked to support people living with poverty and homelessness.

“We don’t like the fact that we’re sending an Indigenous man to prison for life,” Mundie Salm said outside the courthouse, with Young echoing the same sentiment.