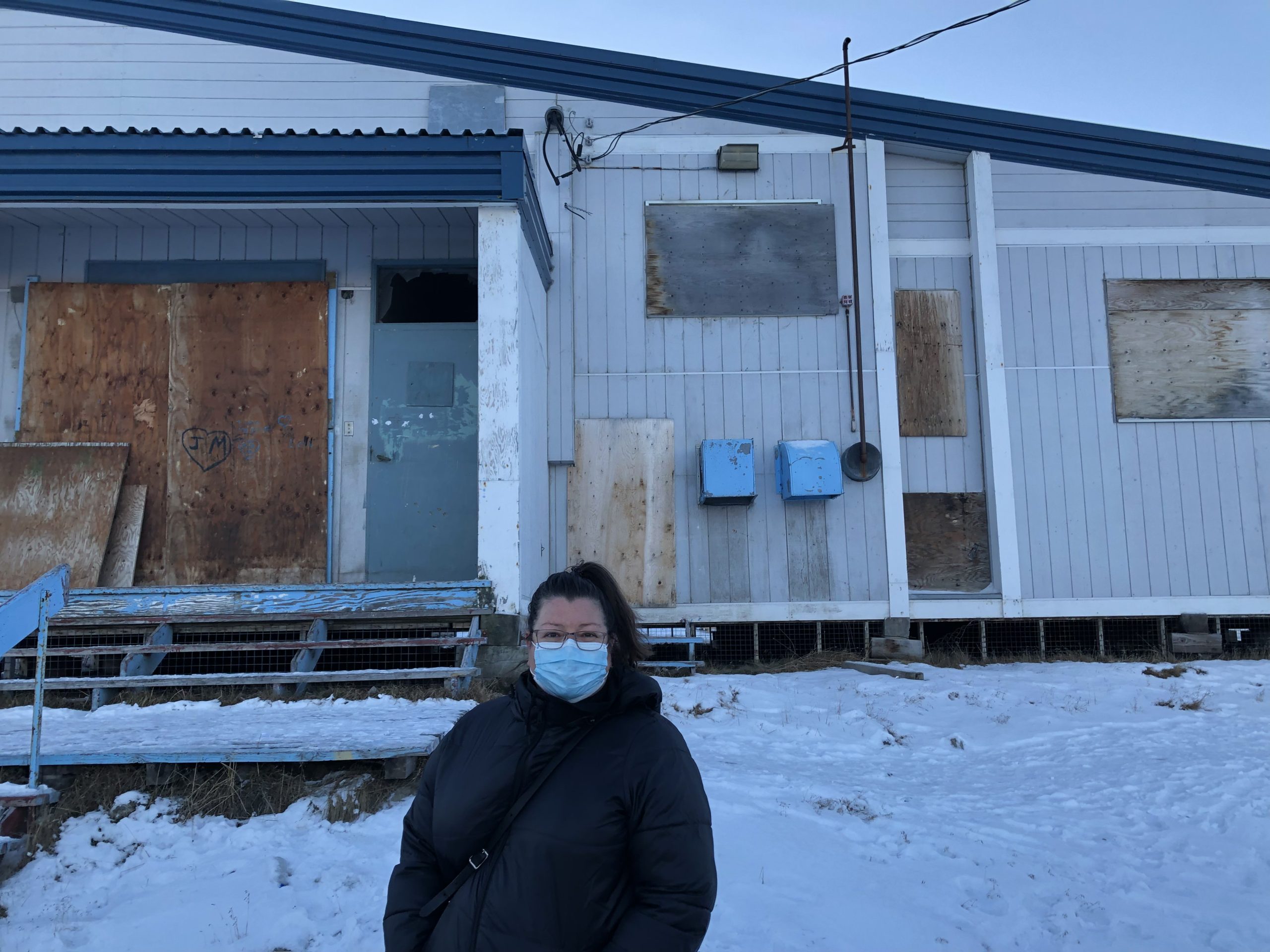 Marie-Josée Houle’s job is to protect the right to housing in Canada, but in order to do that, she says she has to understand the challenges to making this a reality.

That’s why she is back from a trip to the North armed with 3,000 pictures of homes and stories about the sometimes decrepit living conditions inside. 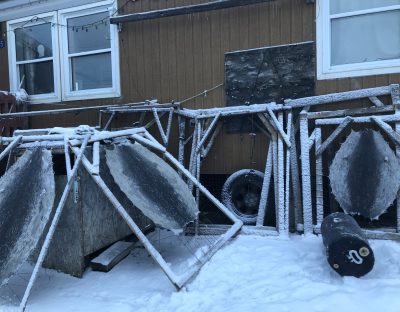 A home in Pangnirtung with seal skins drying outside. The two families who live in the home, eight people in total, are facing eviction and an uncertain future. (Photo courtesy of Marie-Josée Houle)

Between Oct. 17 and 30, Houle travelled to communities such as Rankin Inlet and Pangnirtung, hearing from families living in homes that have been declared as condemned even before they moved in, children experiencing health issues related to mould and people who are scared of dying in a fire because they wouldn’t be able to get out of their homes in time.

“We would enter their homes and it’s something that was so incredibly intimate,” Houle said.

“We know that for that [to happen] you have to have trust. We also had to make it very clear that the condition of people’s homes wasn’t their fault.”

Houle is Canada’s first housing advocate. She works as part of the Canadian Human Rights Commission to help guide the federal government’s national housing strategy, which recognizes the right to adequate housing. Houle was appointed to the role Feb. 3.

“When I first started my job, I declared that my priority was Indigenous housing,” Houle said.

“And during the pandemic — back when we learned to do our jobs virtually — we were able to have conversations with people across the country in a way that we never really thought possible before, but I noted quite clearly that even though they were invited, we didn’t have voices from the North present because of connectivity.”

This was Houle’s first time visiting Nunavut. She said what impacted her the most during her visit was how willingly Nunavummiut volunteered to share their stories.

She said the challenges that Inuit face — inadequate, inaccessible, unaffordable, overcrowded and unhealthy housing — are clear. She wants to use these challenges to help spur systemic change.

“My role is to be a watchdog to hold [governments and organizations] to account and to understand their responsibilities around the question of adequate housing as a human right,” she said.

“Looking at housing precarity and homelessness in Canada, but through … systemic issues, not individual claims.”

Houle said she hopes her work also leads to larger conversations about the role housing plays in the overall health of Inuit and Indigenous communities, including how effectively they are able to fight poverty and violence, tuberculosis, addiction and COVID-19.

“If your housing is inadequate, if it doesn’t meet your needs, it’s going to affect your physical and your mental health,” she said. “But that conversation needs to be taken one step further.”

Houle is hoping to use what she has learned in a final report her office will publish along with recommendations co-developed with Inuit governments early next year.