“We need to make a strong step, a good step in the right direction” 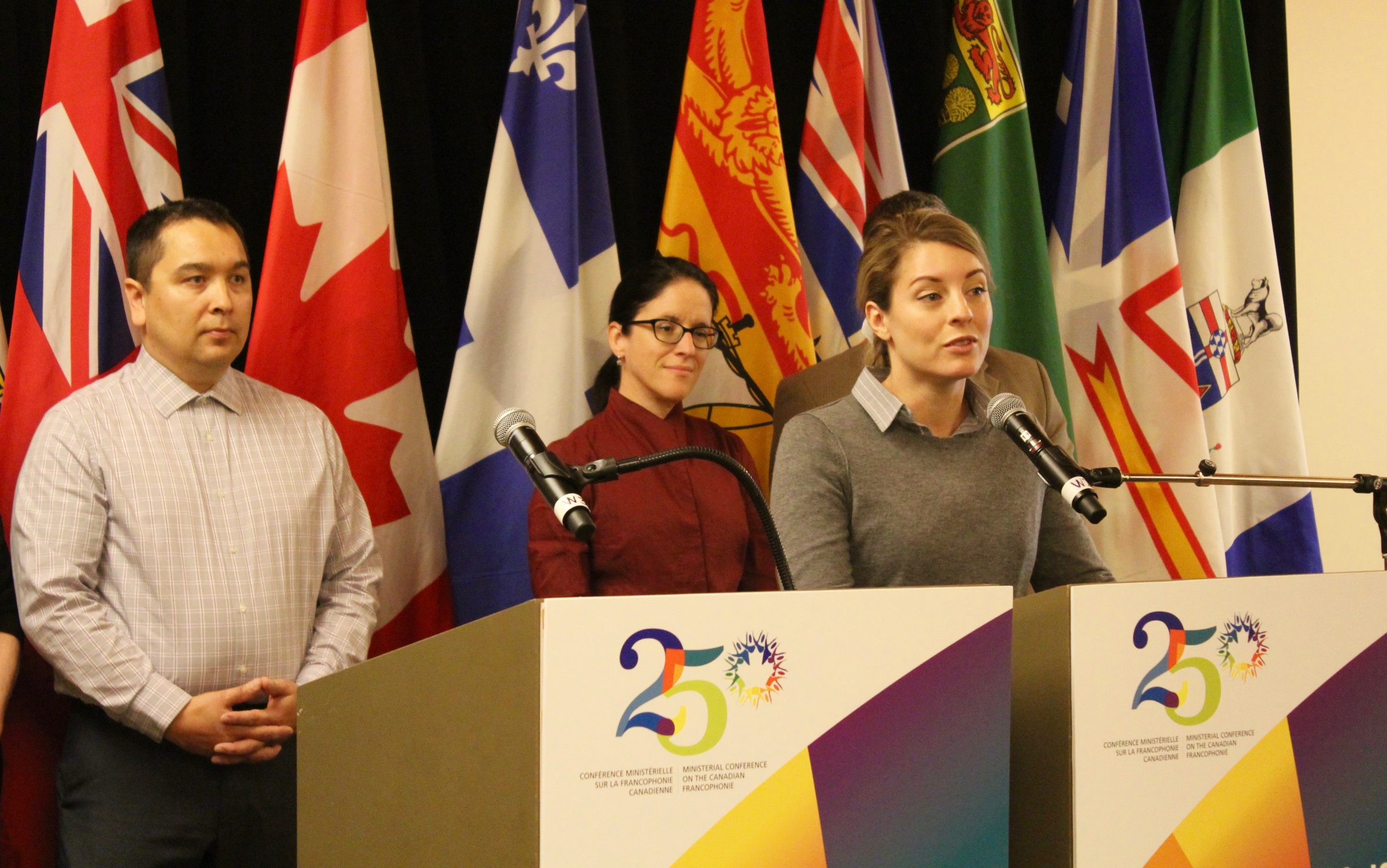 Mélanie Joly, Canada’s tourism, official languages and la francophonie minister, speaks at a news conference at the Frobisher Inn for the Ministerial Conference on the Canadian Francophonie in Iqaluit on June 28. (Photo by Emma Tranter)

“I think that the new Indigenous Languages Act is only one week old. And there were important amendments that were passed just a week ago,” Joly said at a news conference on Friday, June 28, at the end of a meeting in Iqaluit.

“The Government of Canada is willing to have the right conversations with the Nunavut government and Indigenous leadership to make sure that services can be rendered in justice, health … and in education.”

“We think also that the Indigenous Languages Act is a beginning, not an end,” Joly said.

She made the remarks following a meeting of provincial and territorial ministers from across Canada, who met in Nunavut’s capital this week for the 25th annual Ministerial Conference on the Canadian Francophonie.

The meeting, held June 27 and 28, focused on identifying intergovernmental collaborations to “reinforce the vitality of francophone communities across the country” and recognize the “richness and diversity of Indigenous languages,” according to a news release.

The meeting also comes on the heels of the passing of the federal government’s Indigenous Languages Act, Bill C-91.

Nunavut Tunngavik Inc. and Inuit Tapiriit Kanatami have spoken out strongly against Bill C-91 because it does not provide federal recognition of Inuktut as an official language within the four regions of Inuit Nunangat.

NTI and ITK also complain the new law requires Inuit to use English or French to gain access to federal services throughout Inuit Nunangat.

Nunavut’s education and culture and heritage minister, David Joanasie, echoed Joly’s words, saying his government will continue to work with Ottawa to make sure Inuktut is protected.

“I fully appreciate the respect between my colleagues,” he said. 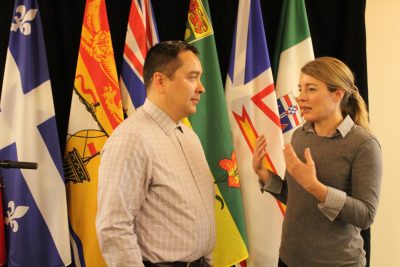 Earlier this week, a group of 37 scholars and language advocates attending an International Language Commissioners meeting in Toronto wrote an open letter to the world’s language commissioners to protect Inuktut in Nunavut.

“Inuit have been clear that essential services must be available, in Inuktut, for Inuit in the areas of health, education and justice. It is a matter of life and death,” NTI President Aluki Kotierk said in the letter.

Those who signed the letter include Shirley Tagalik and May Baker, directors of the Aqqiumavvik Society in Arviat; Zacharias Kunuk, award-winning filmmaker and recipient of the Order of Nunavut; and Inuit-language specialist and human rights advocate Jay Arnakak.

When asked for the federal government’s reaction to the letter, Joly did not provide a response, saying she will follow up with Heritage Minister Pablo Rodriguez about the letter as it falls under his ministerial portfolio.

Held in Nunavut for the first time, the meeting was held under the theme “Respect and Inclusivity” inspired by the Inuit societal values, Inuuqatigiittiarniq and Tunnganarniq.

British Columbia, Alberta, Manitoba, Ontario, Prince Edward Island, and Newfoundland and Labrador did not send ministers to attend the meeting. All except Alberta sent other representatives in their place.

The next Ministerial Conference on La Francophonie will be held June 18 and 19 in Quebec City.