“Not only does this address food insecurity in our communities, but it also asserts our Inuit culture” 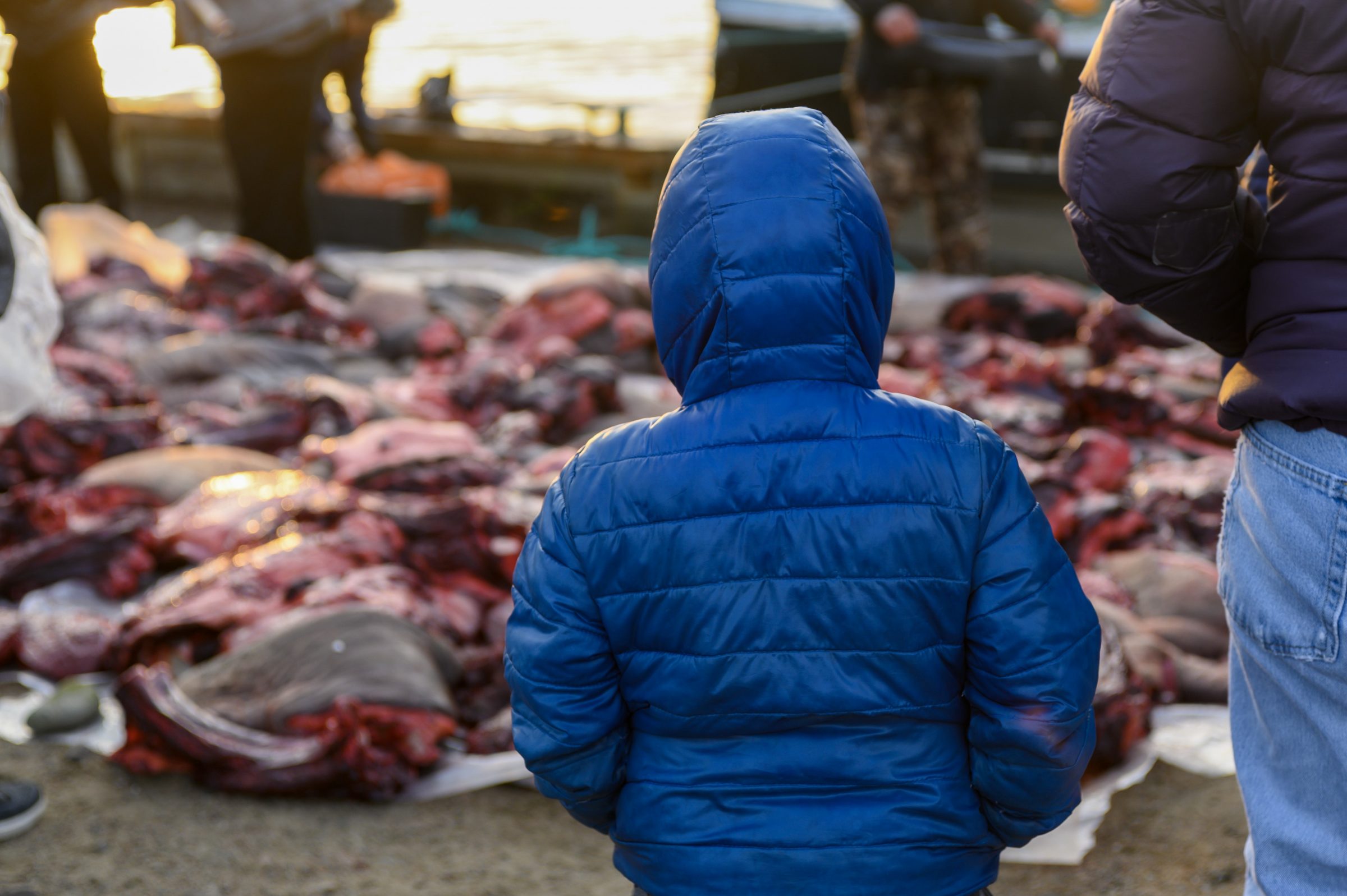 Aluki Kotierk, president of Nunavut Tunngavik Inc. sees the Harvesters Support Grant as a federal acknowledgment of the importance of the traditional harvesting economy. She said she hopes the program will one day result in more young Inuit aspiring to become hunters. (File photo)

Inuit in Nunavut will be getting more than $14.8 million over the next five years as part of the federal government’s Harvesters Support Grant.

Part of the Nutrition North program, the grant is meant to improve access to traditional foods and lower the high costs of hunting and harvesting.

Some believe it may do more.

“Not only does this address food insecurity in our communities, but it also asserts our Inuit culture,” said Aluki Kotierk, president of Nunavut Tunngavik Inc, who virtually met with Northern Affairs Minister Dan Vandal and Natan Obed, president of Inuit Tapiriit Kanatami, on Thursday, July 23, to discuss the program.

Launched in April this year, the harvester support grant will provide $40 million over five years to Indigenous governments and organizations who represent eligible Nutrition North communities.

More than half of that will go to Inuit.

“The $28.6 million over five years allocated to Inuit regional organizations will be delivered through self-determined measures that support the well-being of our families and communities.”

The federal government has also committed to funding the grant with $8 million annually beyond the initial five years.

“Funding from this grant supports quite a range of activities such as the purchase of equipment, supplies, maintenance and training,” said Vandal.

“It’s an excellent program [and] it’s going to get better because it recognizes that each community has unique harvesting needs and priorities.”

One idea raised by Kotierk and others is recognizing hunting as a profession.

“I’ve likened it to how in southern Canada, farmers are supported and recognized as a profession,” she said.

“I think over time it will create that cultural shift where others coming into Nunavut recognize harvesting as a profession worth aspiring to.”

This idea is also supported by the Aqqiumavvik Society’s Young Hunters Program in Arviat. Representatives from the program virtually met with Vandal on Thursday.

The program connects youth between the ages of eight to 18 with elders who teach the skills required to sustainably harvest.

In February, the federal government announced a $1.23 million investment in the program over the next two years.

For Vandal, the pandemic has further highlighted the need for in-territory solutions.

“COVID makes the systems that we have in place to get food up there more expensive,” he said.

“I think over the long term, we have to rely less on that and more on things like the Harvesters Support Grant program.”

Despite first being announced in late 2018, the grant funds have yet to be dispersed, though Vandal expects that to happen “very soon.”

In Nunavik, for example, Makivik Corp. is currently in discussion with the federal government over how those funds will be spent in that region.

How and when the new grant will be distributed by NTI once it receives the funds from the federal government continues to be a work in progress.

“We still haven’t made a decision on what the program will be,” said Kotierk.

“I’m hoping that we’ll be able to have more discussion at our next NTI board meeting in September.”

In the meantime, Kotierk notes that Nunavut Tunngavik’s own long-running Harvester Support Program still exists and is currently offered.

“We’ve had some time where it’s kind of under-subscribed, so if people need support, please contact our office.”