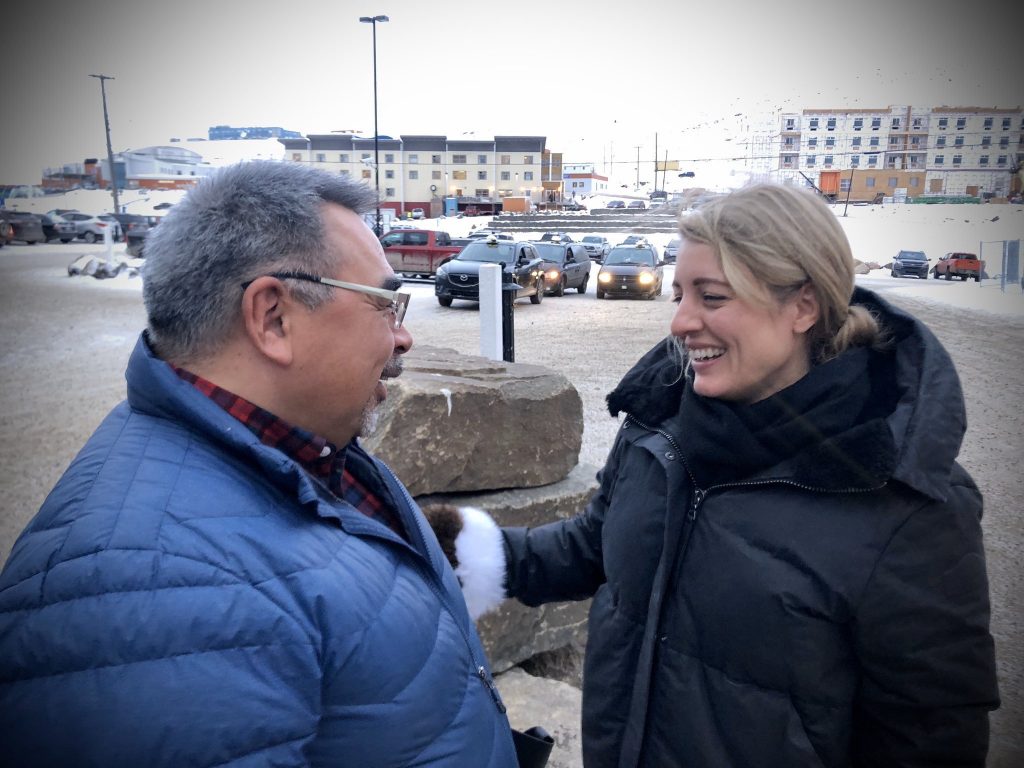 The agency, also known as CanNor, was created in 2009 under then–prime minister Stephen Harper and has its headquarters in Iqaluit.

Joly is on a cross-country tour to meet with all six federal economic development agencies. Iqaluit was her second stop, visiting the city on Nov. 28 and Nov. 29.

During her time in Iqaluit, Joly visited CanNor, Nunavut’s economic development minister David Akeeagok and the Association des Francophones du Nunavut, and held a roundtable discussion with 20 different business leaders in the community.

Joly was named minister of economic development and official languages when prime minister Justin Trudeau unveiled his new cabinet this past Nov. 20.

“We all know that Ottawa is very far away and that the federal government needs to be doing a better job at being on the ground, closer to people’s reality. So I want to make sure CanNor is part of that solution,” Joly told Nunatsiaq News.

In her new role, Joly said she wants to focus on promoting local jobs and businesses.

“I think there can be a better job done to make sure there’s an increase in Inuit employability. I think that we can do a better job also at investing in training and skills.”

Joly said CanNor has a responsibility to make sure businesses and federal agencies “understand the reality of Inuit, that they are aware of the clear, distinct culture and linguistic reality.”

“And that they offer services to actually promote and support the integration of Inuit within workforces,” she said.

When asked how she will ensure Nunavut’s voice is heard around the cabinet table, Joly said she wanted to make the North a priority.

“Since we know CanNor is not only respected and headquartered here, it is also the best way to connect with people on the ground.”

She also said she made time to visit the museum and purchased a couple prints to take back to Ottawa with her.

Joly said she will also appoint six MPs as parliamentary secretaries to work with each of the six federal economic development agencies.

Joly will make stops in Waterloo, Sudbury and Edmonton next.