“New assets will support our coastal communities, grow the economy and will help to renew the fleet” 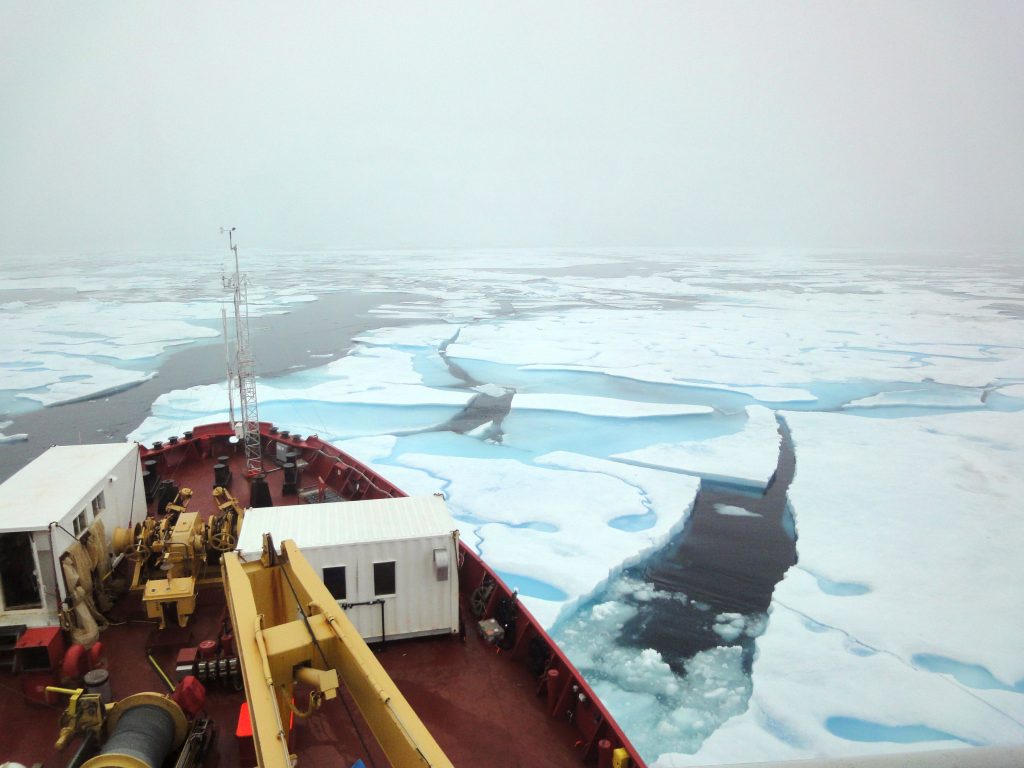 The CCGS Amundsen plows through heavy ice during one of its annual transits of the Northwest Passage. On Friday, Aug. 2, in Iqaluit, the minister of the coast guard announced that six new icebreakers will be commissioned to replace the aging fleet of icebreakers, which includes the Amundsen. (Photo by Jane George)

Jonathan Wilkinson, the federal minister of the Canadian Coast Guard, made the announcement in Iqaluit on Friday, Aug. 2. 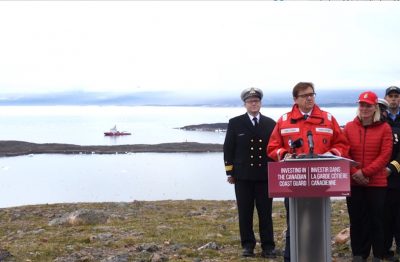 In Iqaluit on Friday, Aug. 2, Jonathan Wilkinson, the minister of Fisheries, Oceans and the Canadian Coast Guard, announces that six new icebreakers will be built. (Photo courtesy of the DFO/Twitter)

With the federal election now less than three months away, Wilkinson’s announcement took on a partisan note as he noted “the Harper government did not prioritize the coast guard.”

“Our government is taking a different approach,” he said. “Today, I announced that we will be procuring six new icebreakers. These new assets will support our coastal communities, grow the economy and will help to renew the fleet.”

The cost of a single icebreaker, which can take years to design and build, is as high as $1 billion.

Last December saw the launching of the CCGS Capt. Molly Kool, one of three “interim” icebreakers bought by Canada from Norway.

The ships will bridge the gap between now and the time when the new icebreakers will finally come into service.

Two other ships, Tor Viking and Balder Viking, are expected to enter Canadian service, after a retrofit, new names and paint jobs, in 2019 and 2020.

The rest of the coast guard’s icebreaker fleet is nearly 40 years old.

A new icebreaker, the CCGS John G. Diefenbaker, named for the late Canadian prime minister, was expected to be in service by 2017 to replace the CCGS Louis St-Laurent.

However, due to delays, the Diefenbaker won’t be ready until 2022 and its price tag has risen to $1.4 billion.

In May, Prime Minister Justin Trudeau announced plans to invest $15.7 billion to renew the coast guard fleet, with up to 16 multi-purpose vessels to be built at Seaspan’s Vancouver shipyards and two new Arctic and offshore patrol ships to be built at Irving Shipbuilding Inc.

Wilkinson said the Government of Canada will now launch a competitive process, through an invitation to qualify, to add a third Canadian shipyard to build the newly announced icebreakers for the coast guard.

Wilkinson’s announcement came a day after Trudeau’s announcement about the creation of a new conservation area off the northwest coast of Nunavut’s Ellesmere Island.