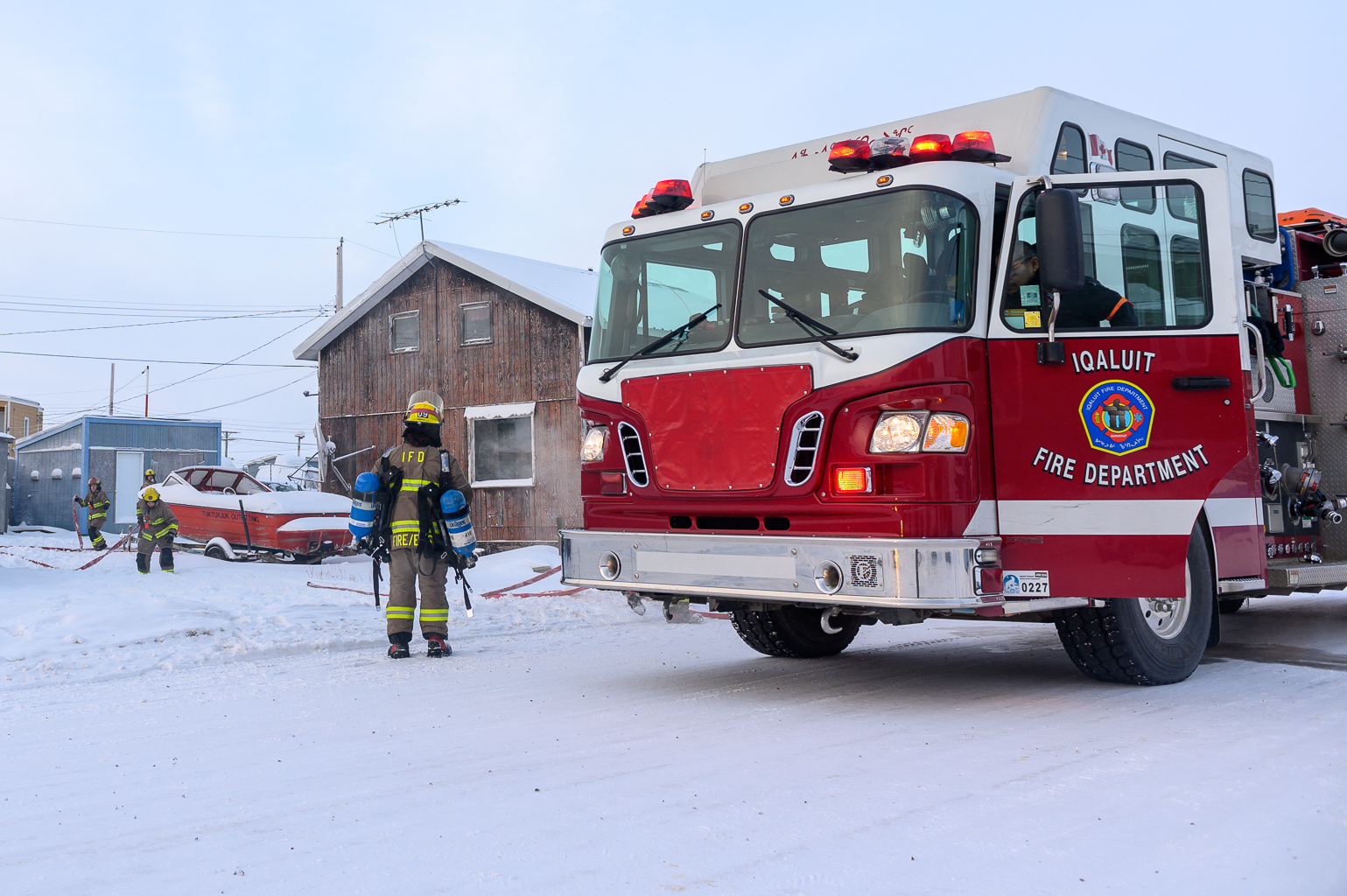 Members of the Iqaluit Fire Department respond to a small house fire in the Happy Valley neighbourhood in January 2019. (File photo)

That encouraging news is found in the 2019 annual report by Nunavut’s Office of the Fire Marshal, which was tabled on Nov. 5 in the territorial legislature.

Territorial statistics, 2010 to 2019, in the 2019 annual report issued by Nunavut’s Office of the Fire Marshal.

But while the number of reported fires has dropped, the average dollar loss has remained consistent over the past 10 years, the fire marshal’s report said.

The dollar loss value is the total value of damage, measured in dollars, resulting from a fire.

In 2019, the reported dollar loss value of fires throughout the territory was still more than $7.3 million.

“This speaks to the larger type of building occupancies, such as schools, where fire incidents have [been] taking place,” the report said.

But that is just part of the dollar value at risk—a measurement that includes the dollar loss value and the value of the entire property classification that’s used for insurance purposes.

Still, there were many unnecessary fires among the 73 reported in 2019.

Of these, 30 were incendiary—that is, fires described in the fire marshal’s report as being “intentionally ignited in an area or under circumstances where and when there should not be a fire.”

More than half of these incendiary fires were set by youth under 18. Those fires caused losses of $920,050.

In 2019, six people had fire-related injuries.

Most fires took place in the summer, with the greatest number of fires taking place in Iqaluit, with 20 fires, and Igloolik, with 11.

Some of the notable fires of 2019 included a September fire that caused about $100,000 worth of damage to Kugluktuk High School, which appears to have been deliberately set by young children, and four fires that took place in Iqaluit over the Canada Day weekend, consisting of burning shacks, a cabin and four units in a tenplex.