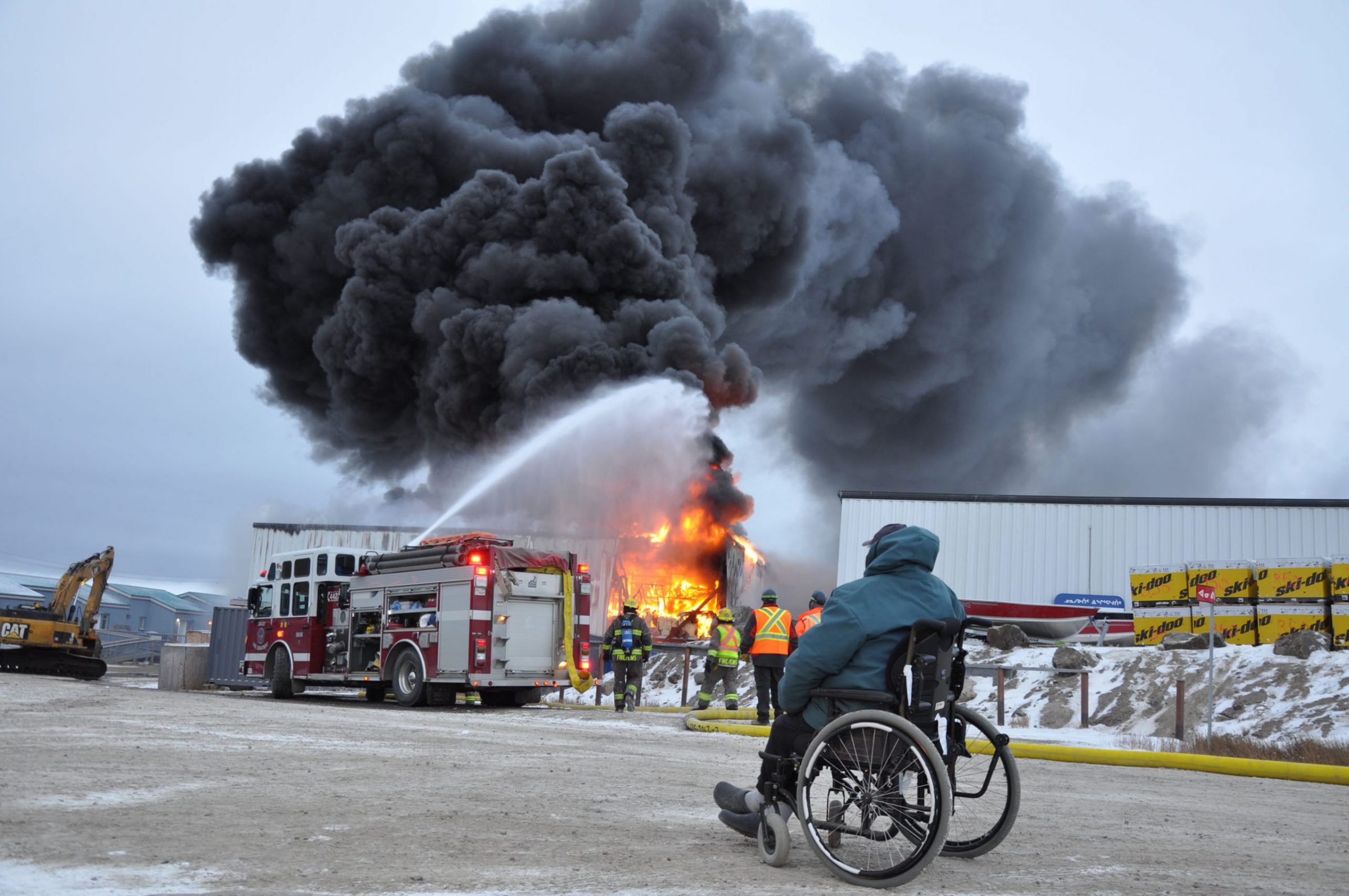 An elder watches as firefighters battle a fire at Iqaluit’s Northmart at around 8:30 a.m. on Thursday, Nov. 8, 2018. The fire began in the early hours of the morning and led to the evacuation of a nearby row of elders’ apartments. (File photo)

Financial losses in Nunavut due to fires were down in 2018, says the most recent fire marshal’s report, tabled on Sept. 23 in the Nunavut legislature.

In 2018, there were 71 fires reported in Nunavut, Fire Marshal Ted Clouter said in his report.

That number represents a decrease of about 47 per cent from 2017’s total of 135 reported fires.

And it’s roughly 40 per cent lower than the average of 119 fires over the last five years.

But the fires still caused about $26 million of losses and put roughly $306 million of property at risk. 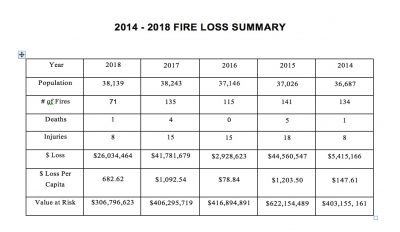 Included in that lower tally of fires in 2018 were notably big fires, including the blaze that destroyed the Northmart warehouse in Iqaluit, although the 2018 fire marshal’s report did not specify where fires took place, as it has in other years

Some notable fires from that year include the following:

A firefighter also died in 2018: Lutie Macpa, 49, died on his way to respond to a shack fire in Pond Inlet in the early hours of July 23. He was an 11-year veteran volunteer firefighter, and for the preceding five years had served as his community’s fire captain.

Overall, in 2018, people caused most of the fires in Nunavut.

Incendiary fires, which are fires that are deliberately set, were the number one reported cause of fires, at 32 per cent, the fire marshal said.

Human failing was the second-highest cause of fires, at 23 per cent.

And misuse of a source of ignition, such as matches, came in third highest, at 17 per cent.

Mechanical failure, electrical failure or other malfunction was fourth highest, at 14 per cent.