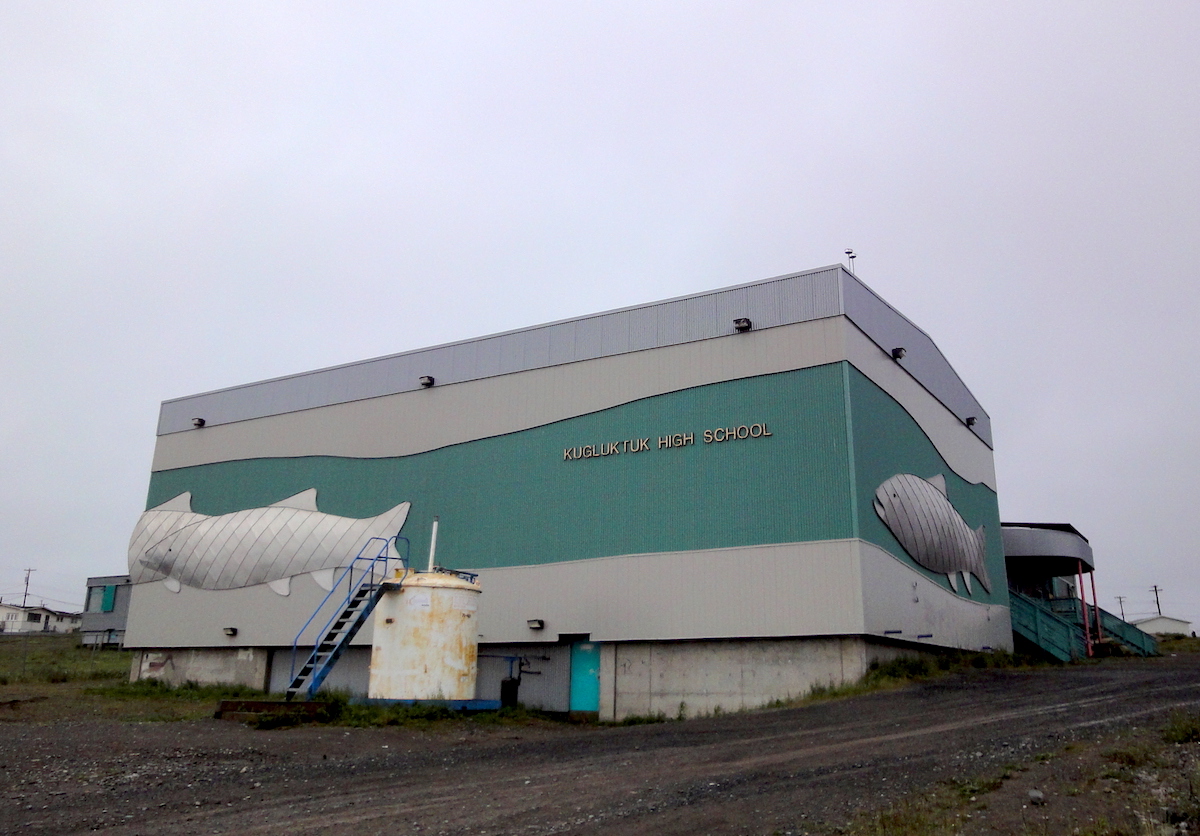 The high school in Kugluktuk remains closed this week after a Sept. 3 fire, which police say appears to have been deliberately set by young children. The fire caused damage and may have affected air quality inside the building, so students have not yet returned to class in the school. (File photo)

The fire that caused about $100,000 worth of damage to the Kugluktuk High School Sept. 3 appears to have been deliberately set by young children, the RCMP says.

“The investigation has determined arson is the cause of the fire, which may have been started by young children,” states a Sept. 11 release from the Kugluktuk RCMP.

Const. Charles Bond said anyone with information about the fire, or who knows who is responsible for the fire, should contact the police.

The fire has meant that students attending the school have been put into temporary classrooms, following several days when classes were suspended. The school has 256 registered students.

Temporary classrooms have been set up in hamlet’s recreation centre and the elementary school.

The parent of one student told Nunatsiaq News that attendance has been low since the fire. The Education Department, however, disputes this.

“According to the principal’s attendance chart for the month, the average attendance is 73 per cent for the month of September, which is not ‘low.’ In fact, five grades have between 74 and 81 per cent attendance this month,” said a statement from the department.

Power has been back on in the damaged high school since last week, but concerns about air quality remain: the results of an air quality test carried out this past Monday will only be known on Friday, community sources said.

Kugluktuk High School received attention earlier this year from the film The Grizzlies. Shot in Iqaluit, the film was based on the story of a lacrosse team that was active in Kugluktuk in the early 2000s..

The name “Grizzlies” is also used for many of the high school’s teams that compete in sports like hockey, soccer, volleyball and table tennis.

The current disruptions at the high school, which this year also has a new principal and several new teachers, comes as the local district education authority has disbanded.

New DEA members won’t be elected until Oct. 28, when voters in all Nunavut communities will go to the polls to elect mayors, municipal councils and seven-member district education authorities.

An earlier version of this story misstated the number of students registered at Kugluktuk High school: it’s 256, rather than 346, students. This story has also been updated to reflect the fact that the Education Department disputes that school attendance has been low since the fire.