“I think seeing Indigenous kids as heros is a big thing” 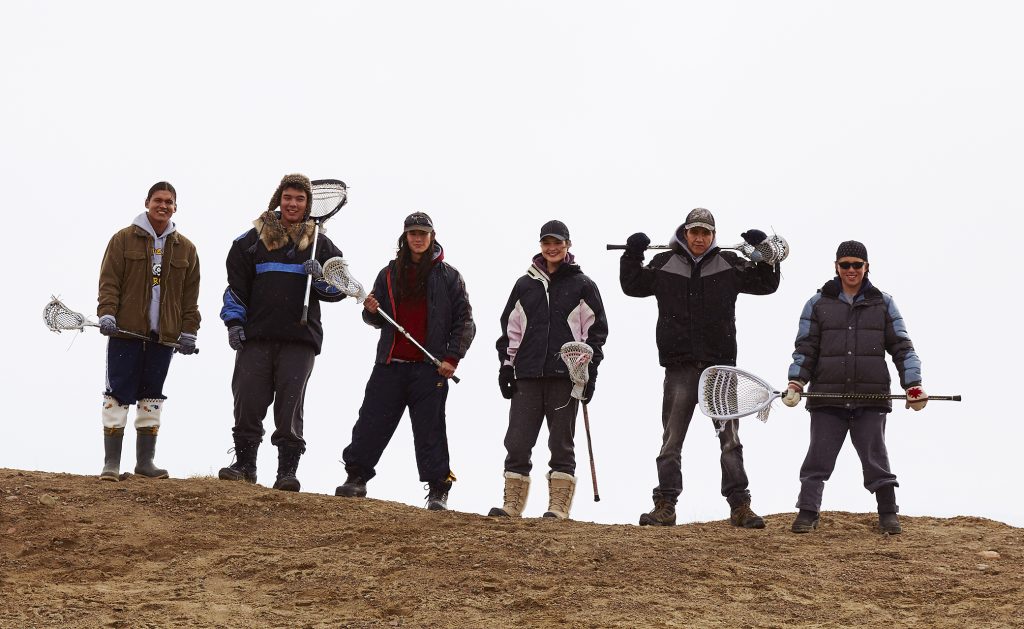 “As Inuit, we want to see ourselves reflected on the screen. For southerners, to see the strength and resiliency as the focus … is a tremendous thing,” says Stacey Aglok MacDonald, one of The Grizzlies’ producers. (Photo courtesy of Mongrel Media) 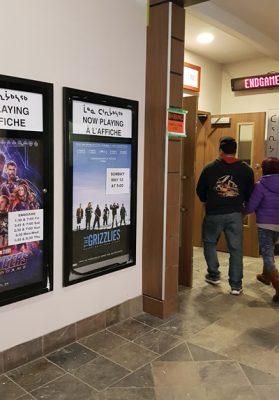 Iqalungmiut packed the Astro Theatre last week to see The Grizzlies, which was largely filmed in Apex and featured a number of local actors. (Photo by Sarah Rogers)

It’s half-price Tuesday at the Astro Theatre and every seat in theatre #2 is filled.

Iqaluit moviegoers have come out in droves to see The Grizzlies: a film about them, starring some of their own actors and with Apex as the backdrop.

The Grizzlies is, of course, set in Kugluktuk. The feature film is the real-life story of a group of teens navigating the recent suicides of their friends and classmates, who find solace and strength in the game of lacrosse.

But it’s not a sports story. It’s a Nunavut story, and everyone in the Astro Theatre is crying, gasping and laughing together because the story rings so true.

Toronto-based director Miranda de Pencier signed on to make The Grizzlies over a decade ago, working with a script written by Graham Yost and Moira Walley-Beckett.

At the time film producers first showed interest in adapting The Grizzlies story into a film, Stacey Aglok MacDonald was working as a supply teacher at Kugluktuk High School, even filling in for Russ Shepherd—the teacher who started the Grizzlies’ lacrosse team.

“We were all kind of laughing when we heard, thinking whoa, this is cool,” Aglok recalled.

The film sat dormant for a number of years. When plans for The Grizzlies were revived, they included Aglok as a producer—she by then had begun working in film—as well as Iqaluit-based producer Alethea Arnaquq-Baril.

The timing turned out to be just right; Aglok believes that the film’s Inuit cast and crew ensured The Grizzlies conveyed the right message for viewers in both Nunavut and across southern Canada, in so far as it represented Inuit culture and community life.

“Back in those days, people weren’t talking about things like Indigenous authorship,” Aglok said.

“I was feeling those things, and many of us were, but we didn’t have the language yet to talk about it. They could have totally made the film on their own 10 years ago, and no one would have said anything about it.”

While it was a slow process, Aglok feels now that it was important the film’s creators took the time they did to get it right.

One of The Grizzlies’ characters, Spring, was based on a few of the young women who played on the Kugluktuk lacrosse team, among them Wynter Kuliktana Blais, who grew up in Kugluktuk.

“Some of us original Grizzlies members had a lot of anxiety throughout the production of the film,” Kuliktana said.

“The movie portrays a lot of difficult realities that Inuit communities continue to be challenged with, and we were nervous about how these challenges would be portrayed in the film and whether our communities were ready for it.” 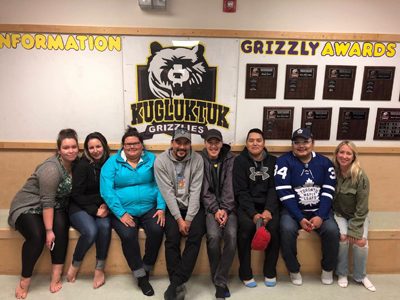 Some of the original Grizzlies pose for a photo with some of the film’s crew earlier this year after the film premiered in Kugluktuk. (Photo courtesy of Wynter Kuliktana Blais)

Kuliktana first saw the film at home in Kugluktuk with the original Grizzlies. Her anxiety melted.

“Seeing actors play our characters in a motion picture has been surreal,” Kuliktana said.

“The production team proved to be inclusive and respectful throughout the process and they have completely blown all expectations that I had.”

Aglok said it’s been both professionally and personally gratifying to hear so much positive feedback from the community. “The last thing I wanted to do was to piss off everyone in Kugluktuk,” she said with a laugh.

“I think seeing Indigenous kids as heroes is a big thing and an important part of this,” Aglok said.

“As Inuit, we want to see ourselves reflected on the screen. For southerners, to see the strength and resiliency as the focus … is a tremendous thing.”

Neither Aglok nor Kuliktana would have guessed a short-lived lacrosse team could have captured that resiliency, but it has cemented a powerful legacy in the community.

Although neither woman is still living in Kugluktuk, they’ve witnessed the Grizzlies movement grow, as it has expanded into other sports teams and wellness initiatives and even a Grizzly Cubs program at the elementary school.

“The Grizzly Roar still shakes up the community at local events,” Kuliktana said.