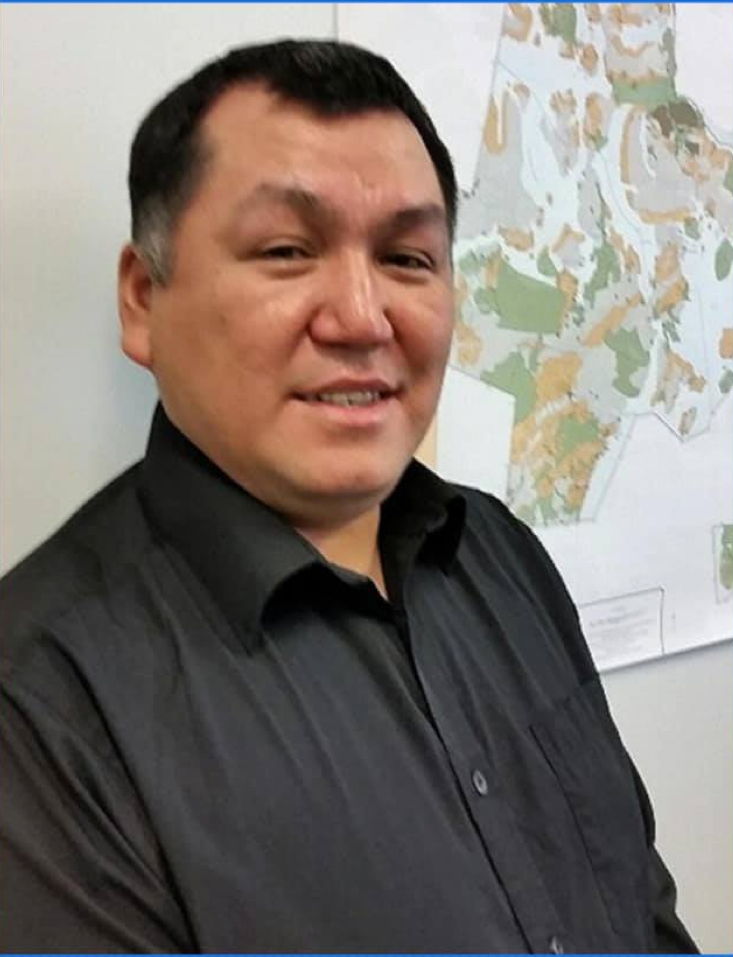 “I have heard a lot of people all over Nunavut. So I want to be that voice,” says veteran of numerous boards

To provide information to eligible Inuit voters, Nunatsiaq News is publishing profiles of the two candidates contesting the presidency of Nunavut Tunngavik Inc. this Feb. 8.

Andrew Nakashuk of Pangnirtung says now is the right time for him to step forward and ask the Inuit of Nunavut to choose him as their voice.

“I feel it’s my time to do something different and be the voice of Nunavummiut beneficiaries,” Nakashuk told Nunatsiaq News.

That election was to have been held Dec. 14. But because of the COVID-19 pandemic, NTI’s board decided to postpone the election until Feb. 8.

Communication beyond the internet

As part of his desire to become a voice for Nunavut Inuit, Nakashuk wants to reach out to people who don’t have access to the internet.

And though Facebook has become the default communications medium for many Nunavummiut, Inuit who don’t enjoy access to digital media often miss out on important information about NTI social programs for elders, youth and hunters, he said.

“I want to communicate the information to people who do not have internet or computer access. I want to be able to keep them up to date on what NTI is up to,” he said.

Another issue that Nakashuk wants NTI to be more vocal about is the Chidliak diamond project.

Now controlled by De Beers Canada, the Chidliak site is located about 120 kilometres northeast of Iqaluit and about 200 kilometres south of Pangnirtung, Nakashuk’s home community.

Another big part of Nakashuk’s platform is his advocacy for direct benefits to Inuit, which he wants NTI to offer through transparent funding programs.

One type of program that he wants to push for in every community would see hunters paid for the country food they catch so that it can be distributed to people in the community.

“I would like to have that kind of thing for each community, for the Inuit who do not have hunting equipment, or a woman who does not have a hunting husband,” Nakashuk said.

As for Bill 25, which contained controversial amendments to the Education Act and the Inuit Language Protection Act that NTI bitterly opposed, Nakashuk said its passage in the Nunavut legislature should be accepted.

Despite a campaign by NTI that sought to have Bill 25 defeated, MLAs unanimously voted for it.

Nakashuk has served as a member of the Nunavut Planning Commission for seven years, and has chaired the commission since 2016.

He also served for one year as vice-chair of the Qulliq Energy Corp. and six years as a hamlet councillor in Pangnirtung, as well as chair of the Pangnirtung Inuit Co-op Committee, and board member for Cumberland Sound Fisheries and the Pangnirtung hunters and trappers organization.

All that experience has taught him lessons about the big issues that affect all of Nunavut, he said.

Other items in Nakashuk’s platform include:

• Addressing the housing shortage in Nunavut

• A precautionary approach to environmental protection and climate change

Nakashuk said that it’s been extremely difficult for him to campaign and get his message out in the midst of the COVID-19 pandemic, so he’s limited to Facebook and calling community radio stations.

But that hasn’t softened his determination.

To be eligible to cast a ballot in the NTI presidential election, a voter must have been 16 or older on Dec. 14, 2020 and enrolled as an Inuk under the Nunavut Agreement. They may also cast ballots by mobile poll, proxy vote or mail-in ballot.

Readers can find a profile of incumbent Aluki Kotierk here.