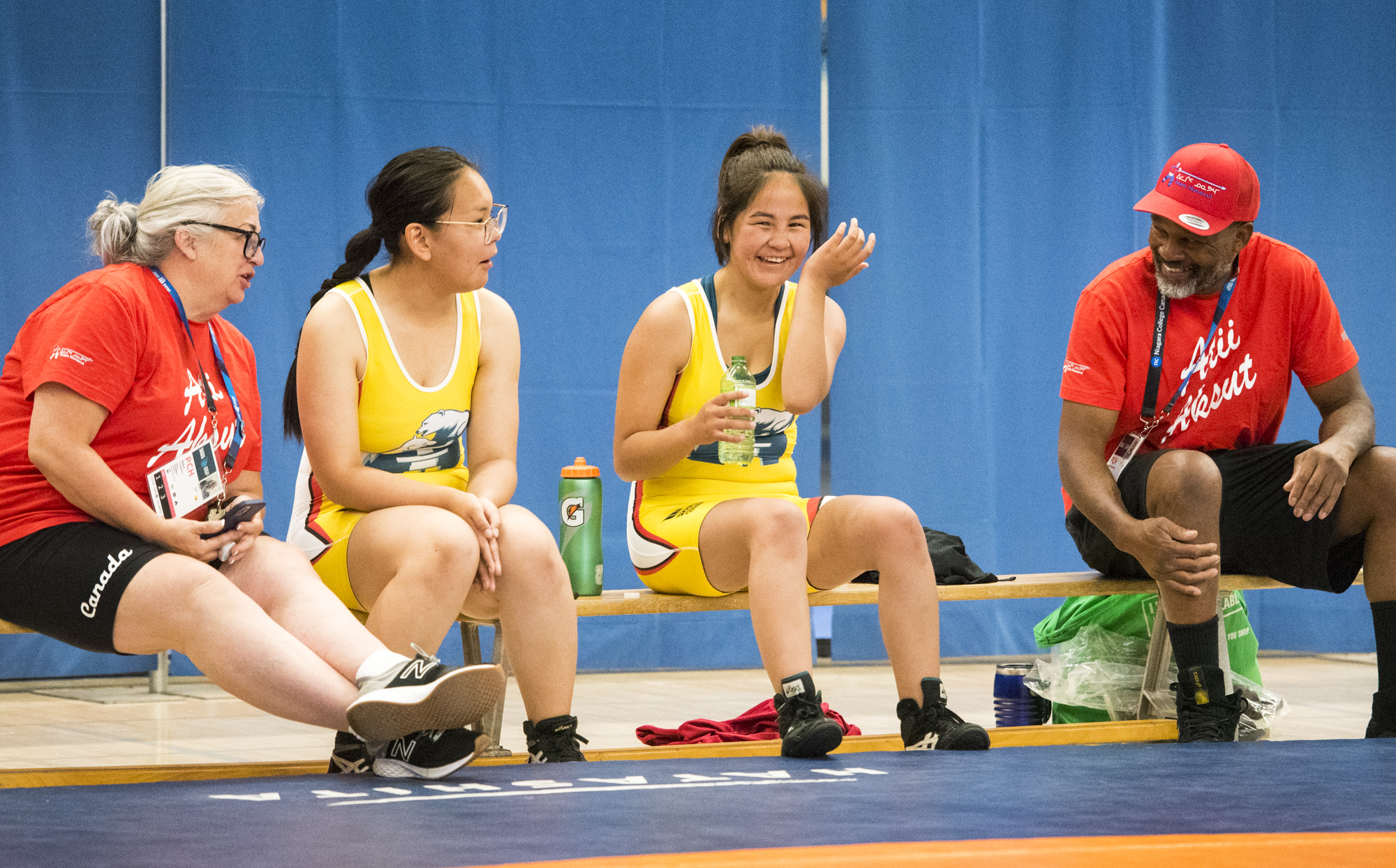 For Nunavut’s two female wrestlers, it has been a battle just to get to the Canada Summer Games.

So before their opening matches Tuesday, their first time competing at the national level, Chasity St. John, 18, and Kiana Ekpakohak, 16, had to dig a little deeper to find their focus.

“All the hard work that we put in to training for the past three weeks, I used that to settle down,” said Ekpakohak, who is from Cambridge Bay.

“I was pretty nervous before my match,” added St. John, from Arviat, “but halfway through, I thought of my territory and my family, so it all just kind of faded away.

“I have eight younger siblings back at home, so I wanted to make them feel proud …. So I just kind of settled into that mindset, and all of my nervousness faded away.”

The Canada Summer Games are being held around Ontario’s Niagara region, from Aug. 6 to 21.

Ekpakohak and St. John, along with six male wrestlers, plus men’s and women’s beach volleyball and indoor volleyball teams, make up the biggest team Nunavut has ever sent to the summer games, with a couple of dozen athletes and another 15 or so coaches and staff.

Even so, while there are 11 weight classes in men’s and women’s wrestling, Nunavut entered six men and just the two women. In team competition, any classes that are unfilled count as a default victory for the other team, if it has an athlete entered.

So Nunavut teams hoping to advance in competition are at a disadvantage right from the start. Wrestlers can still advance individually, though, if they win their matches.

On Tuesday, the women’s team lost its matches to Alberta, Manitoba and Ontario while the men lost to British Columbia and Manitoba. In a late match, they were to face Quebec’s team.

Growing the territory’s wrestling program continues to be “a work in progress,” said head coach Chris Crooks, 61, in an interview Tuesday.

He and his wife, Paula Cziranka, who is also a coach, are retired teachers who moved from Ontario north to Cambridge Bay seven years ago and have led Nunavut’s wrestling program since 2017.

The problem with growing a wrestling program in Nunavut is the distance between communities, in addition to the limited resources available.

His club in Cambridge Bay has a proper mat for wrestlers to train on, “and Pangnirtung does, as long as school is in,” Crooks said. “But once school’s out, we lose access to every single gym in Nunavut basically.”

What works best, he said, is to have potential wrestlers who have been recommended to him by his contacts around Nunavut travel south with the team for training a few times a year.

Wrestling Nunavut funds the travel costs, and that way he’s able to grow the territory’s wrestling program. Some stay with it, others try it and leave but he hopes they will at least return to their hometowns and try to work with kids there.

“With wrestling, I’m using it as a medium to try to move them beyond the trauma that is up North, and it has,” Crooks said. “There have been a lot of disclosures, and you try to work through it … there have been kids that have turned their life completely around.”

Getting involved in wrestling “has given them a reason to move forward. School is very important, both my wife and I are teachers and we’ve been foster parents down south.”

He said “wrestling is the vehicle we use to develop these good characteristics.”

Ekpakohak lives in Cambridge Bay, and she is a member of the wrestling club there coached by Crooks.

St. John, though, lives about 1,000 kilometres from there in Arviat. She said there’s one other wrestler in that community, so she works on her strength and fitness at home and her only practice time on the wrestling mat is when the team heads south to travel.

Ekpakohak and St. John both stuck with wrestling, even during the COVID-19 pandemic that put strict limits on the time they could spend training and practising. 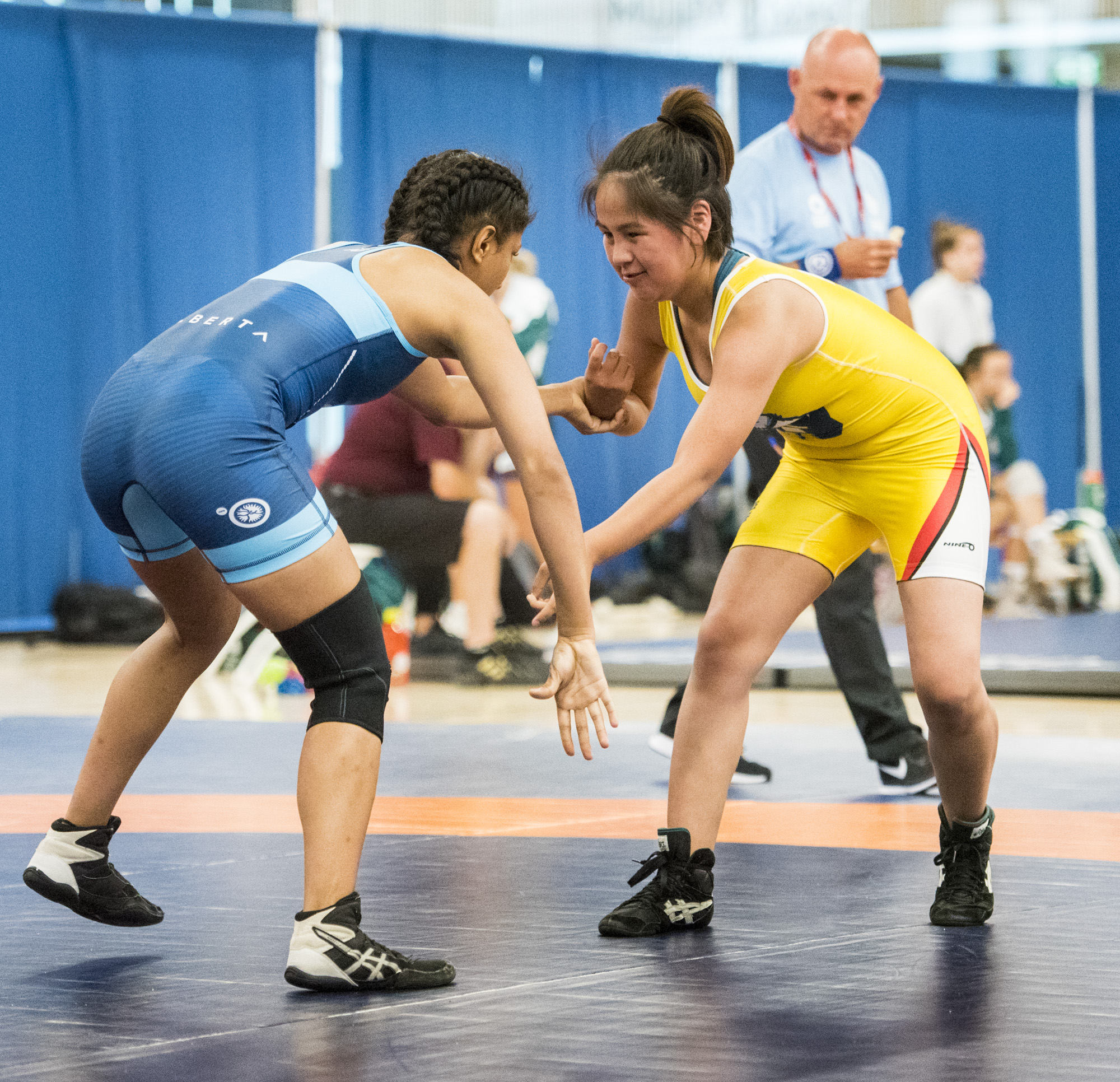 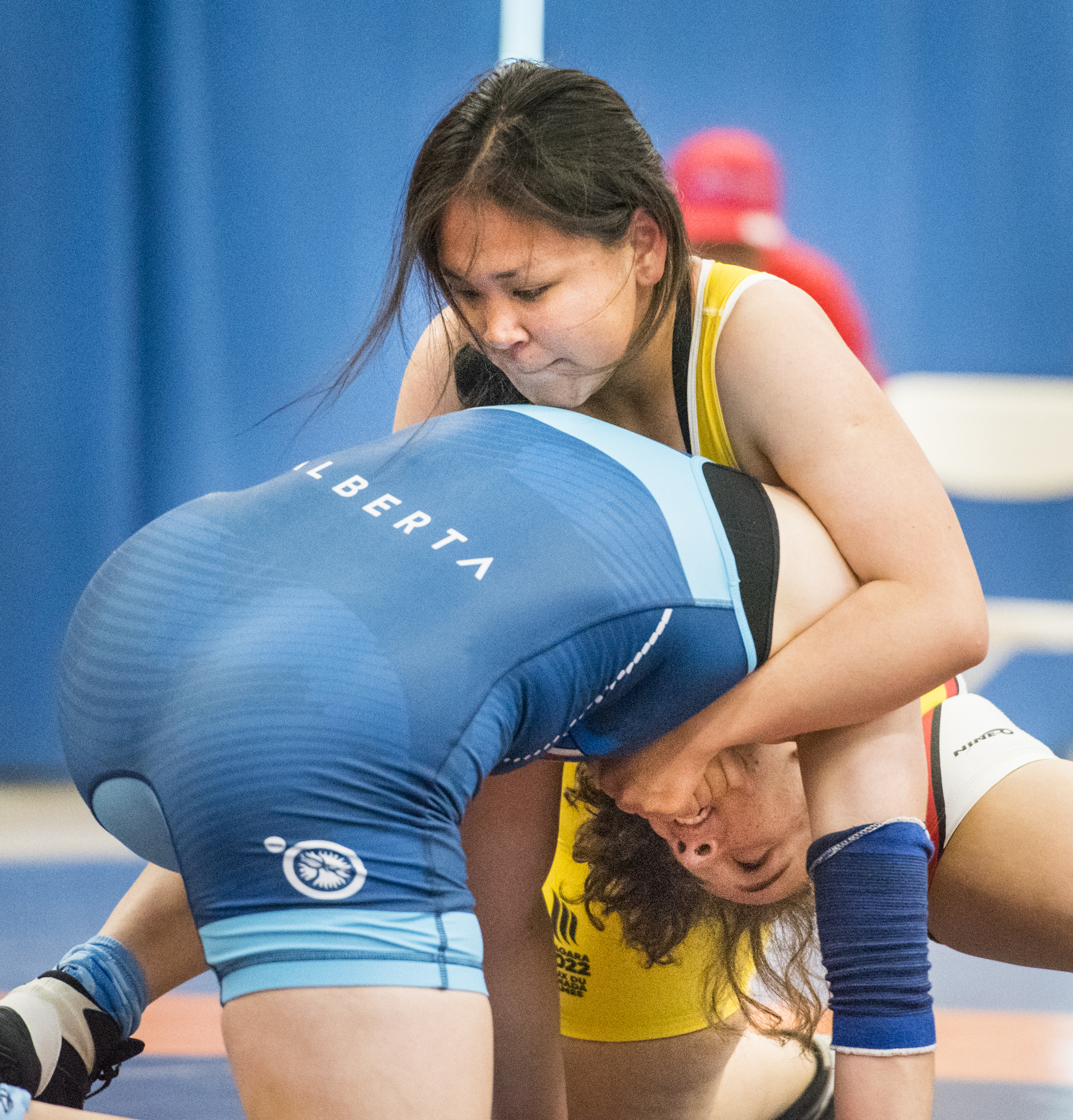 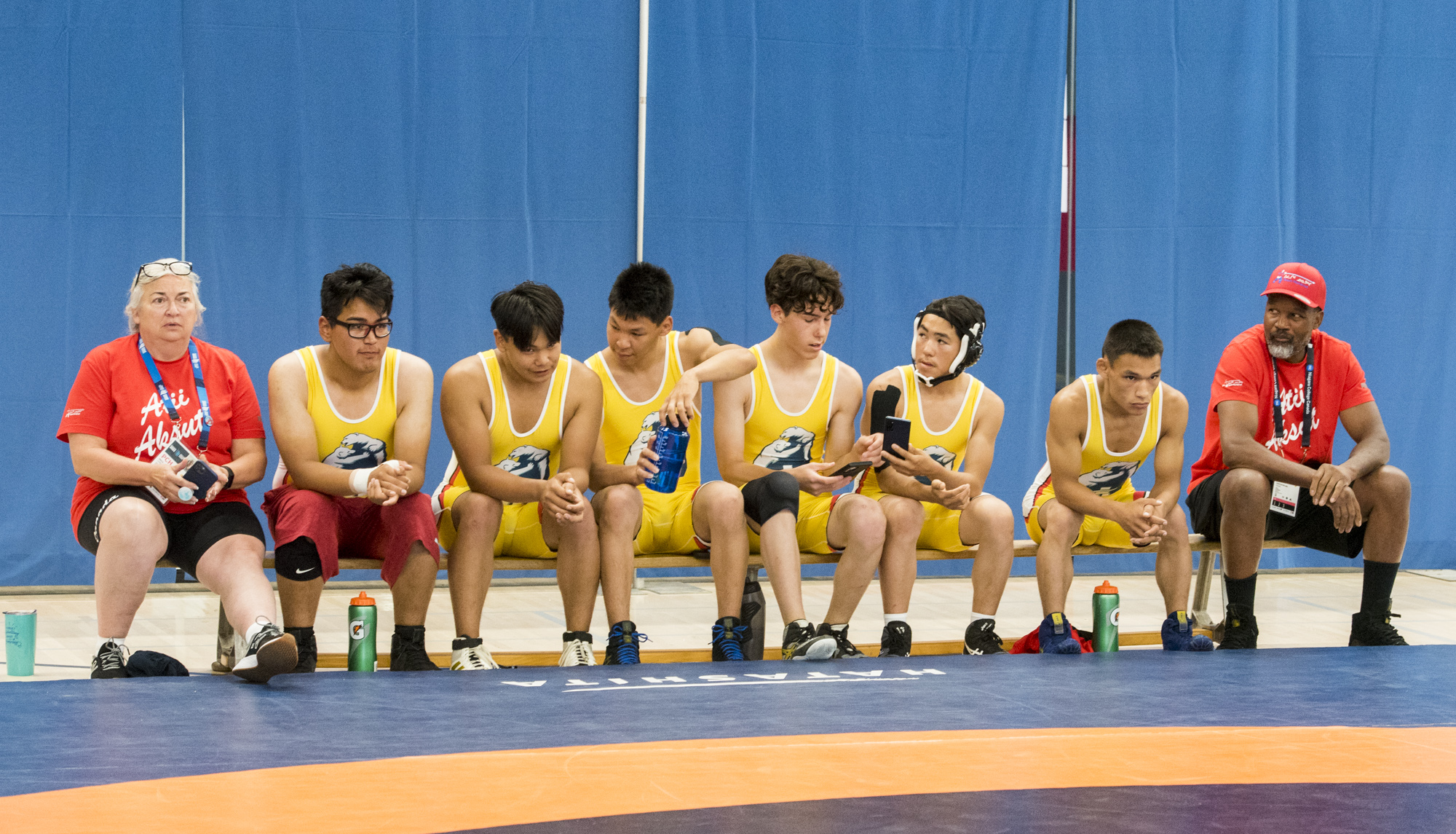 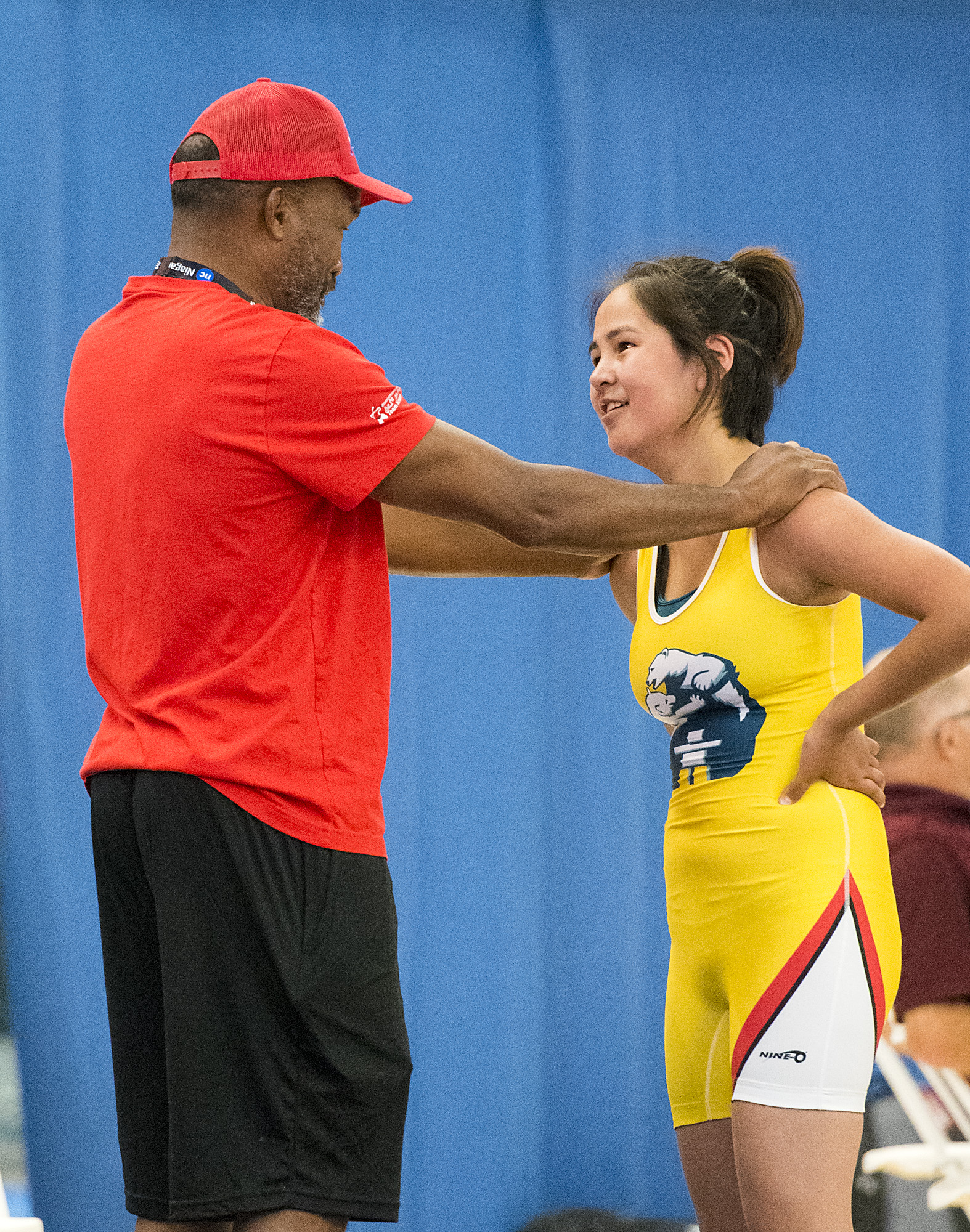