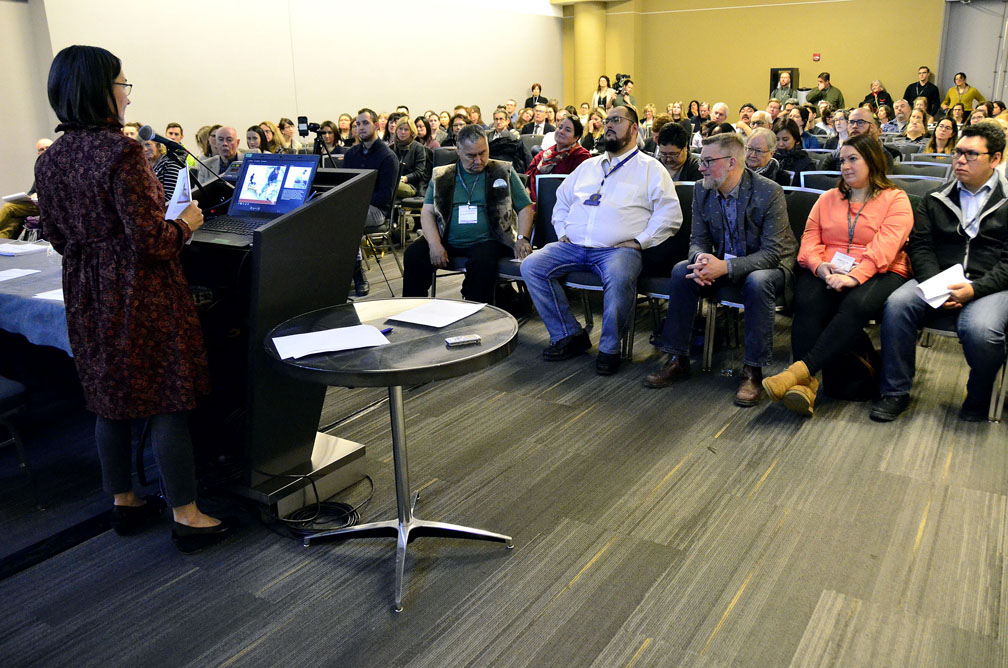 Lisa Koperqualuk, the vice-president of Inuit Circumpolar Council-Canada, speaks on Dec. 13 at the ArcticNet annual scientific meeting in Ottawa. She and other Inuit representatives used the gathering to push for more Inuit involvement in Arctic research. (PHOTO BY JIM BELL)

OTTAWA—To illustrate the troubled legacy of scientific research in the Arctic, Lisa Qiluqqi Koperqualuk of Puvirnituq reaches back to 1948 for a story about the man who raised her.

To the outside world, his name was Aisa Koperqualuk. To Lisa Koperqualuk, he was her “irniq,” or “son,” while Aisa called her “anaana” or “mother.” That’s because she was named Qiluqqi, after Aisa’s mother.

“He called me anaana, mother, all my life. Ever since the day I was born, I was his mother and he was my son,” she said.

Aisa Koperqualuk and his brother-in-law, in 1948, performed vital tasks and contributed vital knowledge to a scientific expedition in northern Quebec. But his name, in whatever form, does not appear in any record of that project.

Koperqualuk, who is vice-president of the Inuit Circumpolar Council-Canada, told the story last month at ArcticNet’s annual scientific meeting in Ottawa, at a session devoted to the National Inuit Strategy on Research.

Inuit push for self-determination in research

The Inuit Tapiriit Kanatami released the strategy this past March to explain why Inuit seek self-determination in research and how they propose to get it.

“The relationship between Inuit and the research community is replete with examples of exploitation and racism. Research has largely functioned as a tool of colonialism,” the strategy’s introduction says.

Aisa Koperqualuk and his brother-in-law guided four scientists and four First Nations men, described only as “Indian canoers,” on a difficult, 525-kilometre canoe trip across the interior of what is now called Nunavik.

They began at the mouth of a river called Kuugaaluk, which empties into Hudson Bay about 60 kilometres south of Puvirnituq, Koperqualuk said.

Along that river, which is actually a series of lakes connected by waterfalls, they paddled and portaged inland against the current, toward a big body of water known in the Inuit language as either Tasiqjuaq or Tasiaaluk, and in English as Payne Lake.

There they searched among myriad small streams for the headwaters of the Payne River, which would take them down to Kangirsuk on Ungava Bay.

That journey became the subject of a National Film Board documentary called Across Arctic Ungava, which uses footage shot by one of the four scientists, the French archeologist and filmmaker Jean Michéa.

You can watch that film for free on the NFB’s website or order it on a DVD.

The documentary boasts that Michéa and the other three scientists were “the first white men” to gaze upon the headwaters of the Payne River.

And the film states that Jacques Rosseau, a botanist who led the expedition, discovered a new plant species that now bears his name.

But although you can catch glimpses of them in a few frames, the film doesn’t even mention the presence of Lisa Koperqualuk’s father and his brother-in-law.

A brief article published in a Cambridge University journal called Polar Record in January 1951 refers to them only as “two Eskimo helpers.” 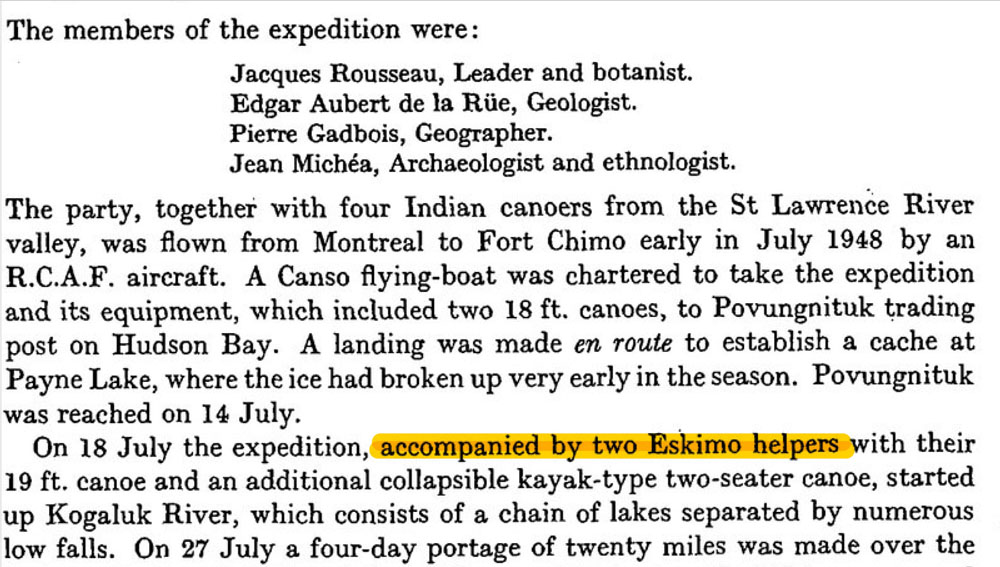 An excerpt from a short article in the journal Polar Record, published in 1951, about a scientific expedition that Lisa Koperqualuk’s father participated in.

But without the geographic knowledge of their Inuit companions, the non-Inuit researchers could not have found their way, Lisa Koperqualuk said.

“They ended up guiding them through the maze of rivers, portaging and guiding. That’s an immense and vast territory. From that, I learned Inuit knew all of this territory, and that is a very specific knowledge,” she said.

At the same time, the 20-minute film devotes more than two minutes to the work of geographer Pierre Gadbois and a new-fangled pocket sextant he used for plotting positions on a map.

But his device didn’t work well.

“The film was about 20 minutes, with two minutes on the device that did not work, and no mention of my father’s knowledge,” Lisa Koperqualuk said.

“Our knowledge is still with us. It still hasn’t disappeared and it cannot be taken away and it’s not about to disappear,” she said. 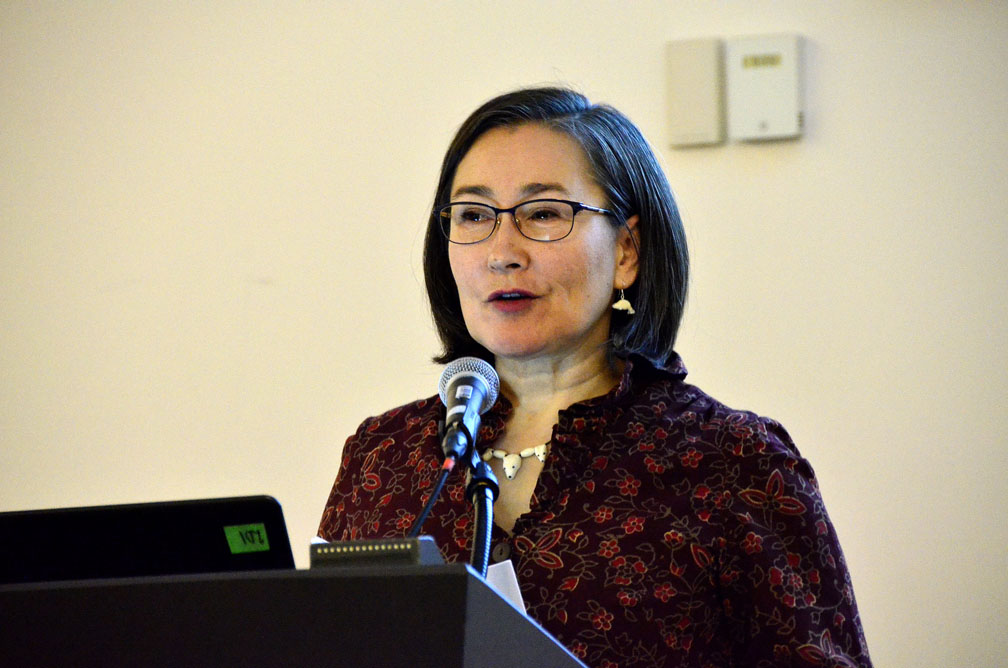 ICC-Canada vice-president Lisa Koperqualuk: “The sustainable use of the Arctic is not a luxury for Inuit. It is about protecting the future of Inuit society.” (PHOTO BY JIM BELL)

And Koperqualuk, who holds a bachelor’s degree in political science from Concordia University in Montreal and a master’s degree in anthropology from Université Laval in Quebec City, said Inuit knowledge is crucial to a complete understanding of the Arctic.

As examples she cited three different international agreements that Inuit influenced and contributed to: the 2001 Stockholm Convention on reducing persistent organic pollutants, or POPs; the 2013 Minamata Convention on the reduction of mercury contamination; and last fall’s international agreement banning fishing in the central Arctic ocean, a marine area that surrounds the North Pole at the top of the world.

And Inuit, through the ICC, also contribute to the work done by the Arctic Council’s Arctic Monitoring and Assessment Program, known as “AMAP,” in monitoring POPs and other global contaminants.

“These are a few examples of how Inuit are defining the policies that apply to the Arctic and its peoples to ensure Indigenous knowledge, Inuit knowledge, is used in a meaningful way,” Koperqualuk said.

She also repeated a key message contained in ITK’s national research strategy: that Inuit want self-determination in research through partnerships with the science and research community.

“The sustainable use of the Arctic is not a luxury for Inuit. It is about protecting the future of Inuit society. Local problems often require global solutions,” she said.

The first of those is to develop a “shared understanding” of the legacy of Arctic research.

“The experience that many Inuit have had with research hasn’t necessarily been an equitable one, in the sense that there hasn’t been a shared benefit in the outcomes of research,” he said.

An absence of practical knowledge

The second is to define Inuit expectations for how research should be done, including how research priorities are established by different government departments and agencies, academic institutions and individuals.

And the third is to find ways to build partnerships between Inuit and researchers.

“It’s not just a document that focuses exclusively on negative experiences with research, but it’s meant to be constructive, in that it sets out objectives and actions that we believe can help move us forward,” Argetsinger said. 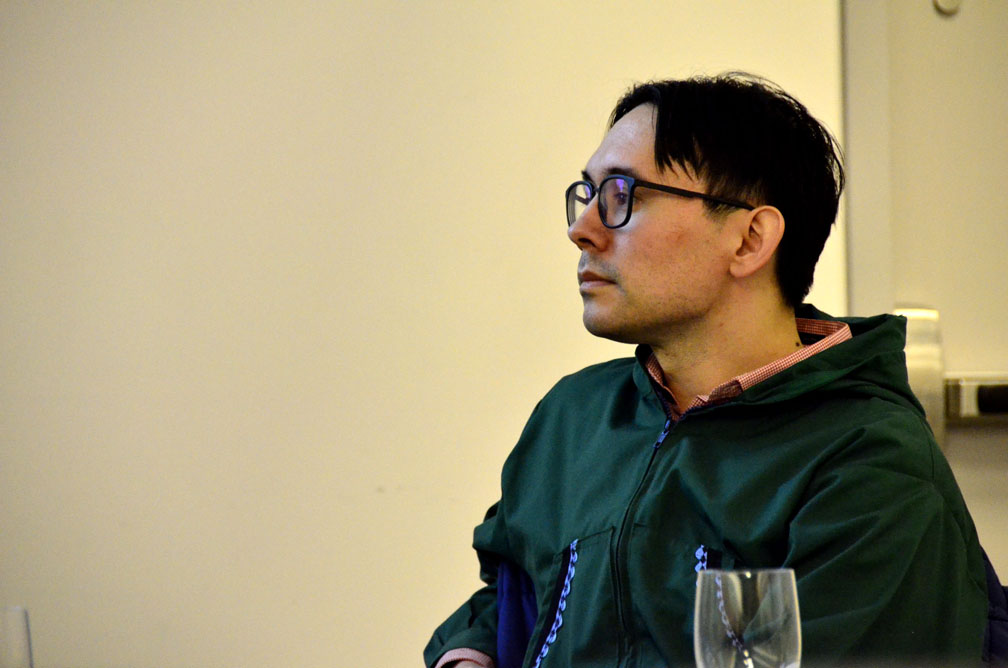 And despite the many tens of millions of dollars a year poured into Arctic research by more than 10 federal government departments and agencies, there are still huge knowledge gaps within areas that affect the day-to-day lives of Inuit, Argetsinger said.

Those gaps include an absence of practical knowledge that could be used by policy-makers—but isn’t available.

“We know that there are profound infrastructure gaps in this country, compared with other parts of Canada. The nature of those gaps at their most basic level is not understood,” Argetsinger said.

“When we’re talking about really practical challenges, we often don’t have the necessary information we need to make informed decisions or to advocate as effectively as we could.”