Freezers will add to storage capacity in Iqaluit and Rankin Inlet 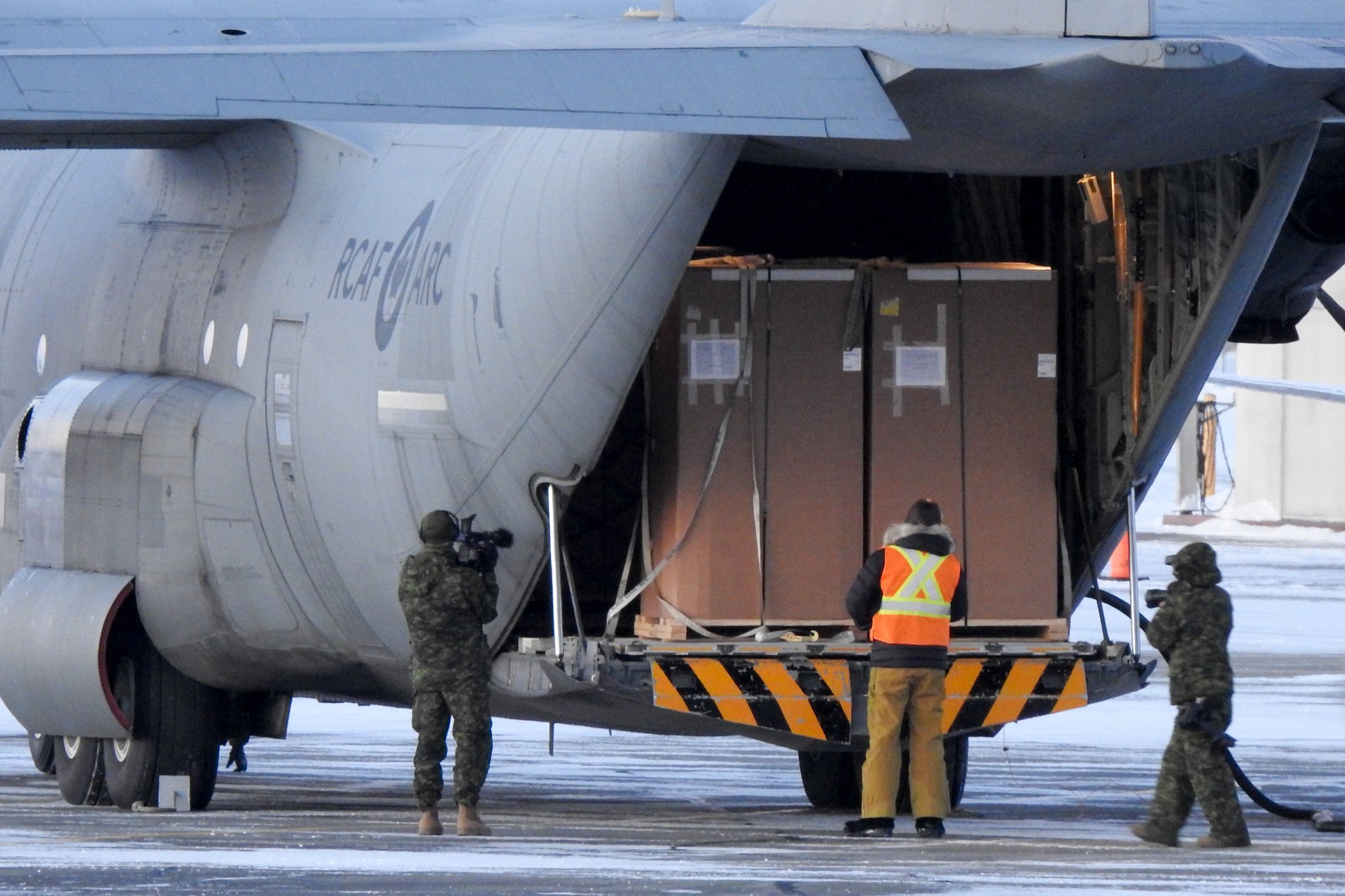 Nunavut’s Department of Health is preparing for Moderna’s COVID-19 vaccine to arrive in the territory in the new year.

Two medical-grade freezers from the Public Health Agency of Canada arrived in Iqaluit over the weekend to store the vaccine, said Dr. Michael Patterson, the chief public health officer, at Monday’s news conference.

There are enough syringes, needles and alcohol swabs — needed to give the shots — in the territory.

The Health Department will have to recruit more staff to actually give the shots, Patterson said, but there are enough people working with the department to organize the rollout of the vaccine.

“Our health staff has experience, and understand the challenges we face,” Patterson said.

Nunavut is expecting to get enough doses in the first three months of 2021 to vaccinate 75 per cent of its adult population.

The vaccine isn’t yet approved for Nunavummiut under 18 years old, Patterson said. It will take longer for Moderna to be approved for children, he said, and if that doesn’t happen, there are other vaccines being reviewed.

“We will look at one of those for children,” he said.

Patterson doesn’t know how the delivery of the vaccine will be scheduled. If Nunavut gets a small amount of doses early in the year, they will go to elders and long-term care residents, as well as staff who work in long-term care facilities.

If Nunavut gets enough of the vaccine in January, the Health Department may host mass immunization clinics to vaccinate as many adults as possible.

The Health Department has also reached out to shelters and correctional facilities to ask how many people typically stay in those places, and the number of staff. These places may be prioritized, depending on how much vaccine Nunavut gets in the first few weeks, Patterson said.

“People have asked if the vaccine is safe — it is,” he said.

He and the premier, Joe Savikataaq, are urging Nunavummiut to do their own research about the Moderna vaccine.

Patterson said reliable sources include Canada’s public health agency and Health Canada. The Government of Nunavut will also start to publish information about the vaccine.

He said stories that rely on unverified anecdotes aren’t trustworthy. Information should be properly cited, and show up on more than one news site.

Meanwhile, nine more positive cases were reported in Arviat on Monday, bringing the total number of infections to 49. In total, 165 people have recovered from COVID-19 in Arviat.

Patterson said he’s not sure why the number of infections continue to grow in Arviat, while Rankin Inlet, Whale Cove and Sanikiluaq were able to contain the infections in 14 days.

Most people who get the disease don’t spread it to anyone, or they only spread it to one or two people, Patterson said. Rarely, someone is a “super spreader,” he said, which means they spread to it multiple people.

“So it may have been partly bad luck that there was at least one super-spreader in Arviat,” he said.