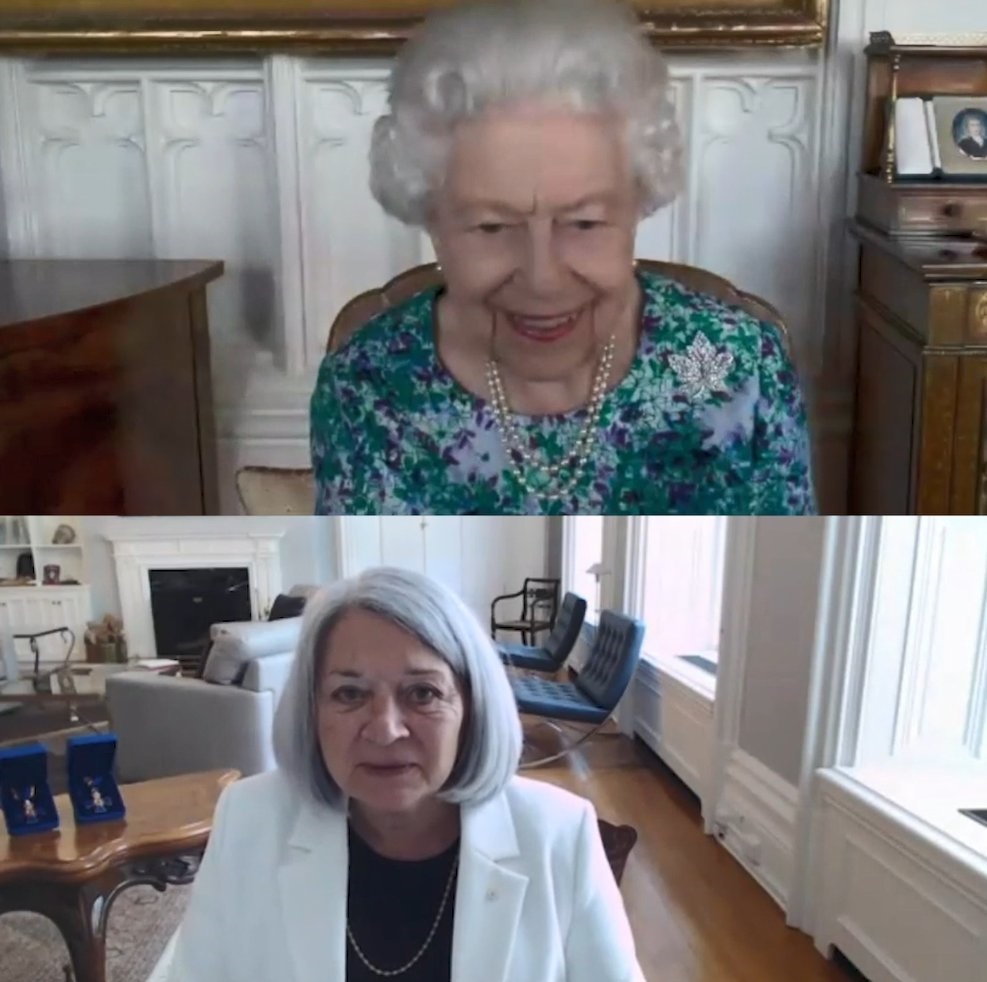 Governor General designate Mary Simon had her first meeting with the Queen virtually on Thursday.

The prominent Inuk leader was named Canada’s 30th Governor General on July 6. She will be the first Indigenous person to take on the role. The Governor General is the Queen’s representative in Canada and acts as head of state.

“I’m very privileged to be able to do this work over the next few years,” Simon told the Queen in a clip of the exchange posted to social media.

“I think it’s vitally important to our country.”

The pair chatted about Simon’s past work in Arctic politics and diplomacy.

‘So, you’re taking over a very important job.’

🍁 Yesterday The Queen spoke to Ms. Mary Simon who has recently been appointed as the next @GGCanada . pic.twitter.com/HJY27Y3fSc

Simon will be installed as Governor General in a Monday ceremony at the Senate of Canada Building in Ottawa.

A description of the program on the Canadian Heritage website says the ceremony “will highlight themes important to the Governor General designate, including reconciliation and youth.”

The installation will also feature performances by artists “that reflect Canadian diversity and linguistic duality” as well as Indigenous ceremonial elements.