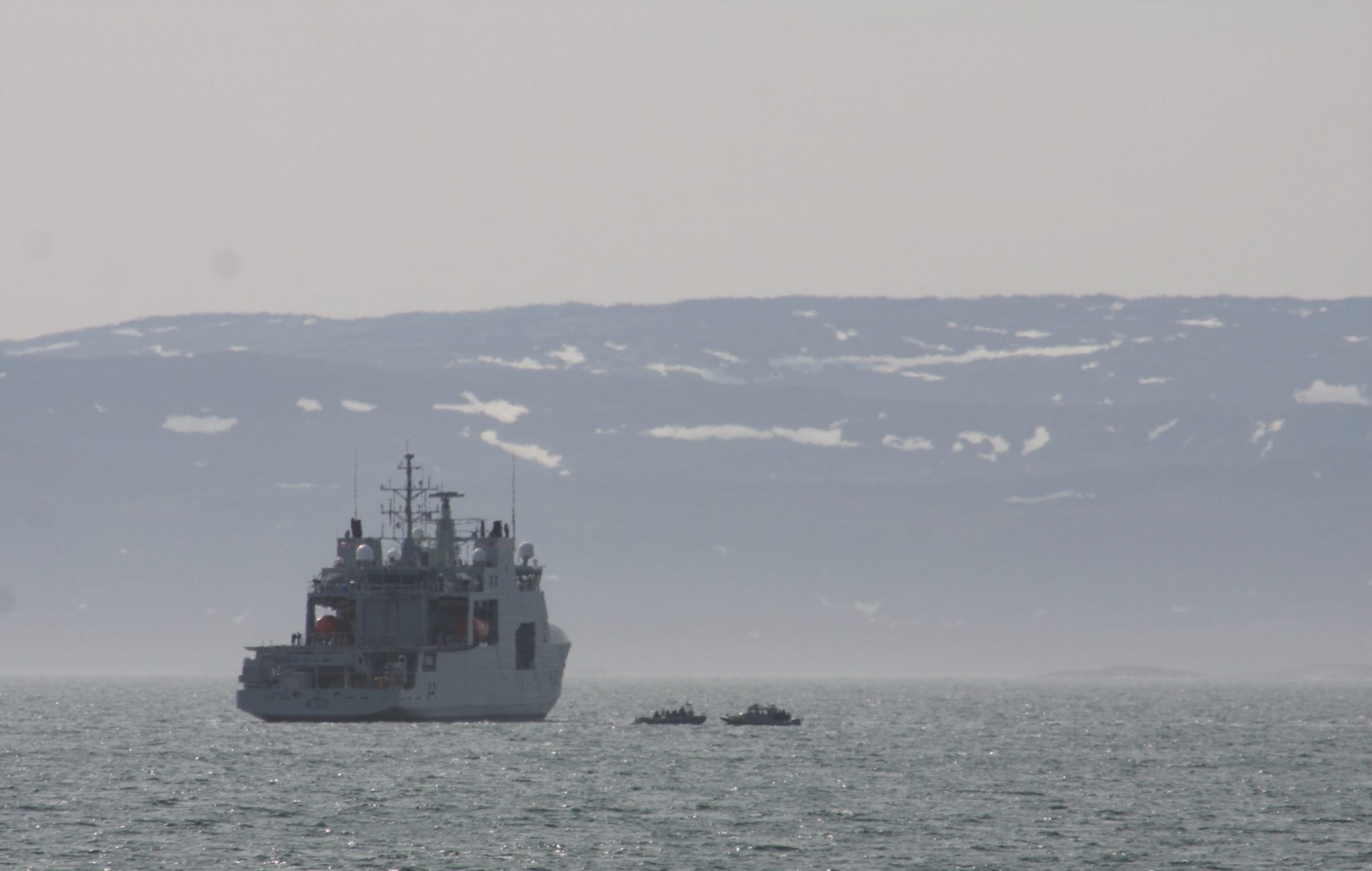 The HMCS Harry DeWolf is making its debut offshore from Iqaluit this week to participate in a number of military exercises.

Crew on the ship are carrying out simulated emergency situations as part of Operation Nanook, an Arctic military operation the Department of Defence carries out every year. Some of those simulations include how to respond to a sinking ship or an oil spill at sea.

Joining the Harry DeWolf in these drills will be the Canadian and United States coast guards, according to Canadian Armed Forces Maj. Mark Gough.

It  is the first of of a new class of ships intended to assert Canada’s sovereignty in the Arctic and along its coast, according to the Royal Canadian Navy. Five more ships have yet to be built.

They all will be 103 metres long, weigh 6,440 tonnes, and will feature onboard rescue boats and a vehicle bay. They will also have the capability to support helicopter takeoffs and landings, and have 25-mm guns on their bows.

Unlike other ships in the Royal Canadian Navy fleet, the Harry DeWolf has the ability to traverse the Arctic with its icebreaker and enclosed decks to keep the crew warm. It’s designed to be versatile, which is important, Gough says, because Canada is surrounded by three different oceans.

“To support Canadian security and sovereignty we need to be able to operate pretty much anywhere,” Gough said. 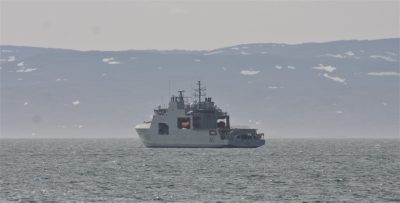 The HMCS Harry DeWolf will participate in military exercises while in Iqaluit. (Photo by Corey Larocque)

Another important objective of Harry DeWolf’s maiden Arctic voyage is to visit Inuit communities in Nunavut and build relationships with the people who live there. Before the ship was sailing in Nunavut, the commanding officer went to Inuit communities to begin building those relationships. Now that the HMCS Harry DeWolf is operational the plan is to continue those connections by sailing to Pond Inlet, Cambridge Bay and Arctic Bay among other Nunavut communities, Gough said.

“Nobody knows the area like the local [Indigenous and Inuit peoples],” he said.

The ship is named after Vice-Admiral Harry DeWolf, one of the most accomplished Canadian naval officers of the Second World War.

After its Nunavut tour, the Harry DeWolf will traverse the Northwest Passage on its way to the West Coast.

Later this year, it will sail to Mexico and then to Panama to participate in Operation Carribbe, a multinational anti-drug operation.

Gough says the ship should return home to Halifax by December.